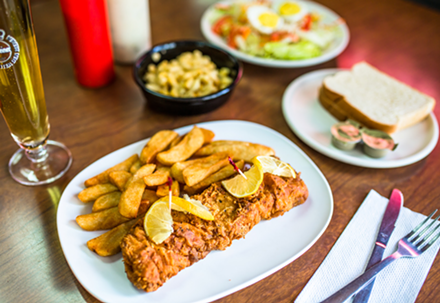 Since 1979, Elmer Ferguson, the owner of the Old Timber Inn in Northside, has injected the restaurant with an air of his snarky personality and sense of fun. Known colloquially as “the fish logs place” because the sign in front of the blue-gray building perpetually advertises fish logs, Elmer is proprietor, chef and on a first-name basis with both regulars and newbies alike. But what are fish logs? According to the menu, “The earliest settlers of the New World would often hear stories from the indigenous peoples making reference to strange creatures inhabiting the wilderness. One such account depicted a creature that resembled a large fishlike animal with an extended thorax covered with a type of ‘bark’ where one would typically find scales.” Elmer’s fish logs, however, feature a thick slice of savory cold-water Atlantic cod, fried to a perfect crisp and served with a sliced lemon and homemade tartar sauce. Add a stiff drink and craic from Elmer and you’re in for a memorable evening. Old Timber Inn, 4330 Spring Grove Ave., Northside, 513-681-8149. 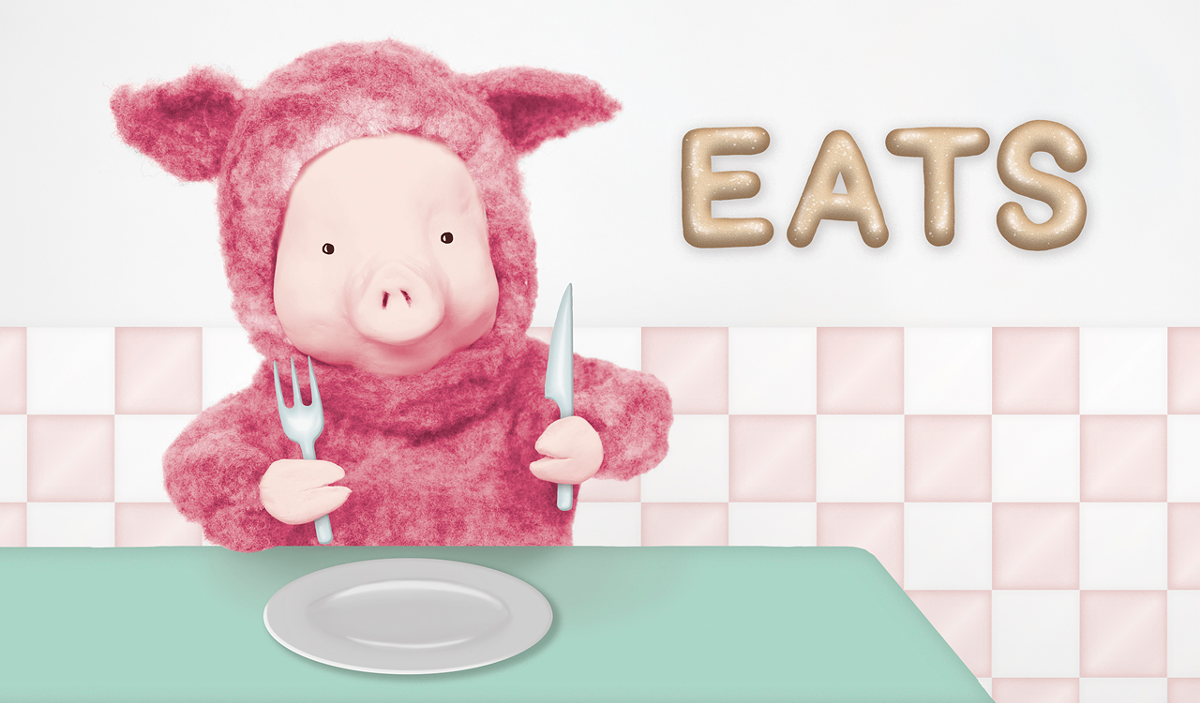 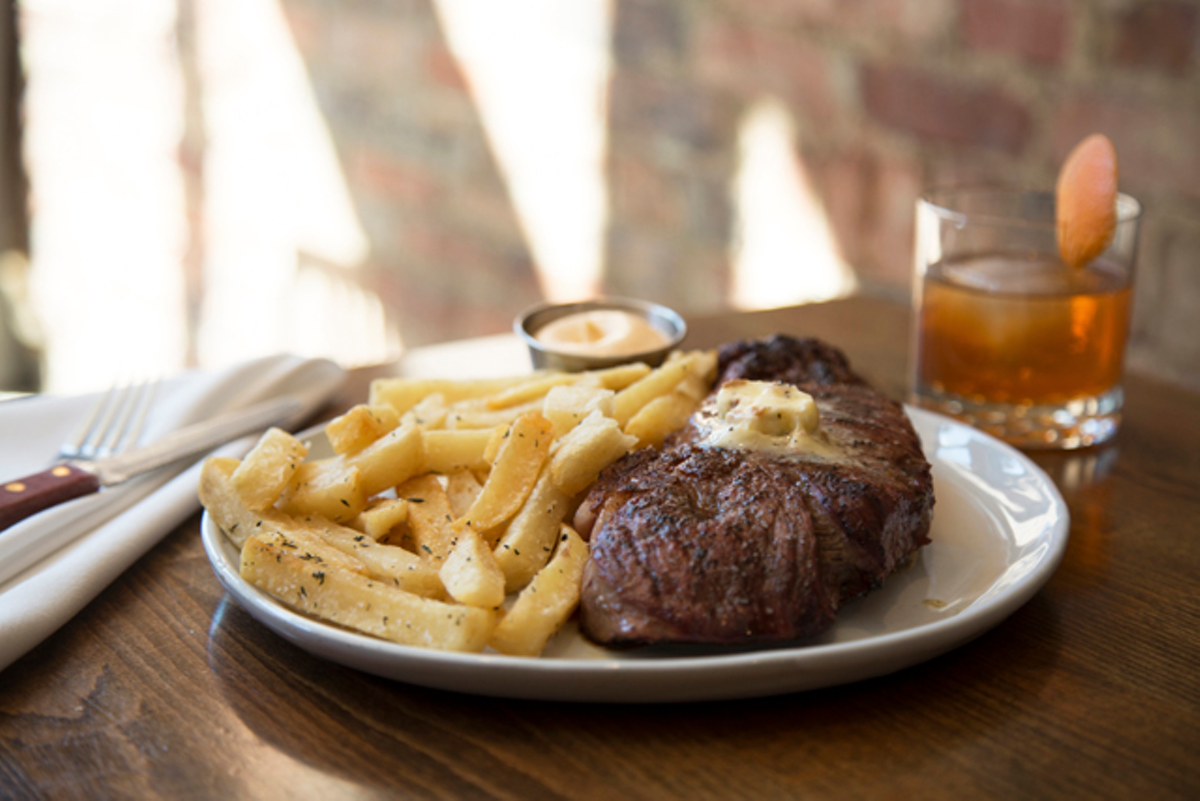 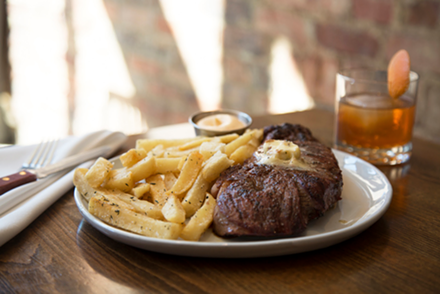 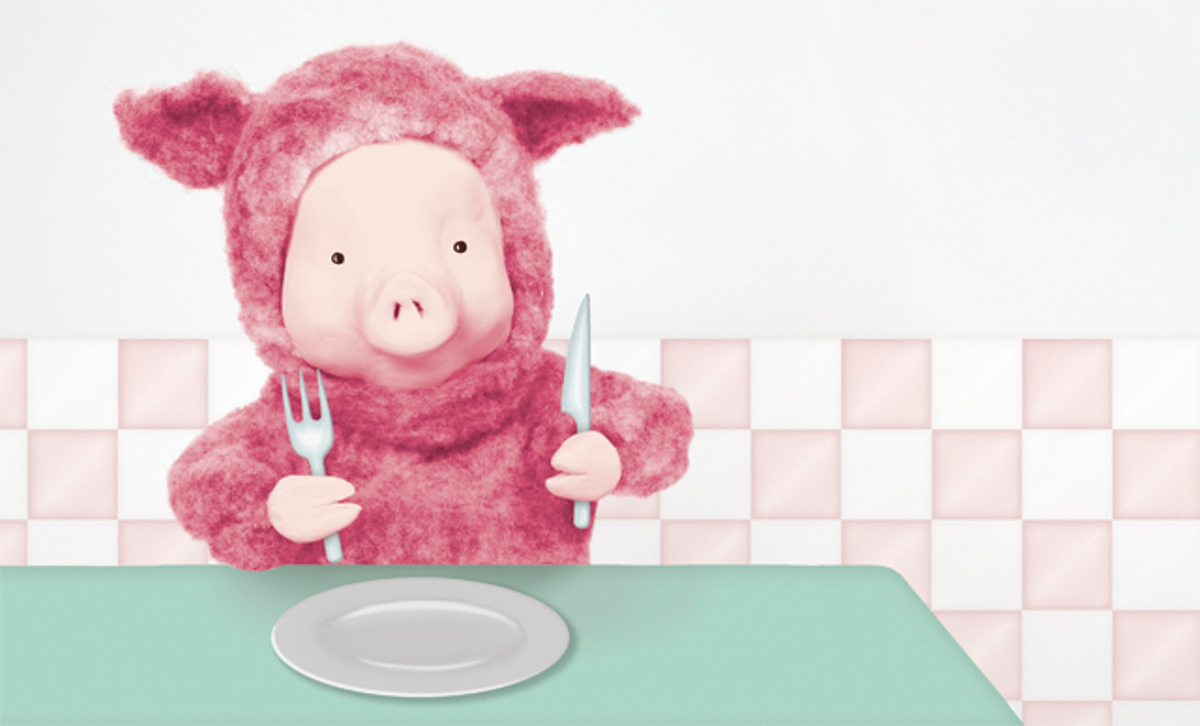 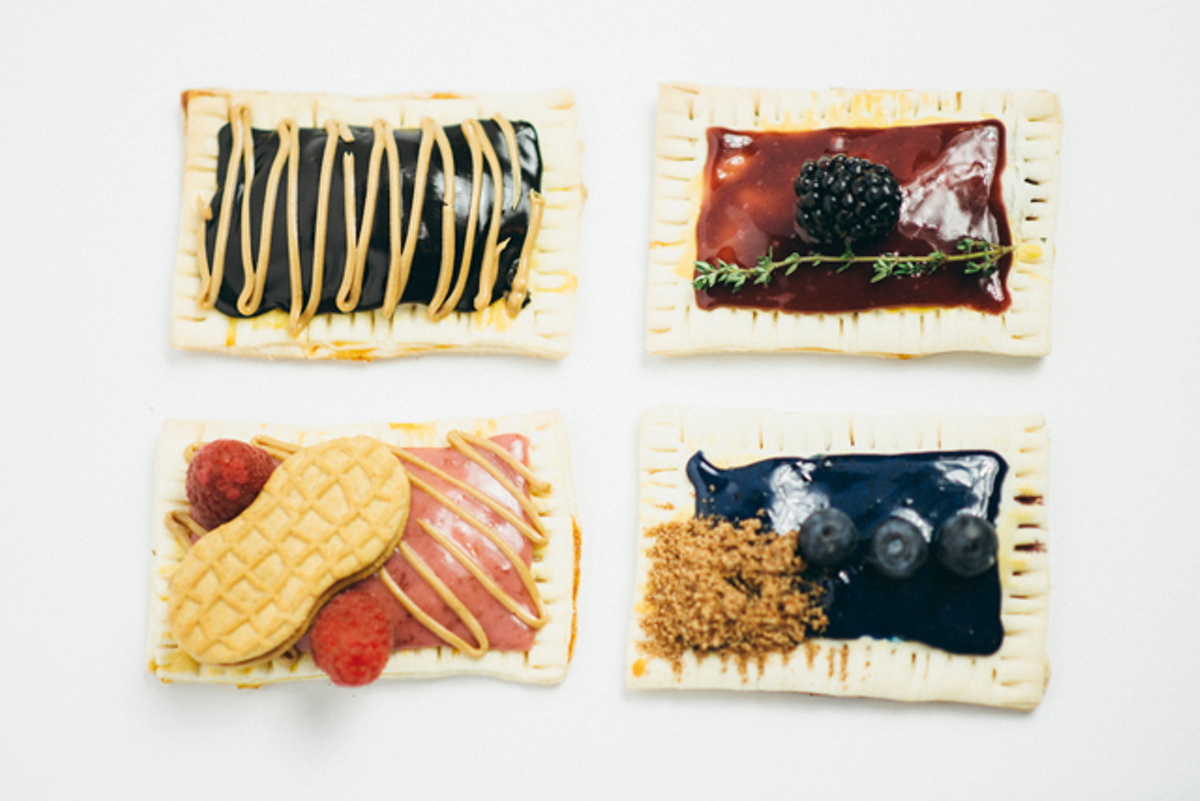