After months of waiting, political wrangling, angst over the location of a stadium that wasn’t for sure going to happen and a few false starts, the news came last year on May 29, when Major League Soccer Commissioner Don Garber stood with FC Cincinnati leadership and Mayor John Cranley in the cavernous Over-the-Rhine taproom of Rhinegeist, officially welcoming the team into the MLS. FCC beat out larger cities for the distinction, in large part due to its rabid fan base (and their record-breaking appetite for tickets). The fevered, overjoyed atmosphere in Rhinegeist that day belied the long, arduous process that led up to that moment, including a tumultuous debate about where the team’s stadium should go. Would it be Oakley? The West End? Would FC Cincinnati betray its name and go to a location in Newport? In the end, however, the team, in line with preferences of the league, chose a spot near the urban core — just a block from bustling OTR and right where Cincinnati Public Schools’ Stargel Stadium resided. On the day FCC’s major league hopes were confirmed, Garber revealed that FC Cincinnati’s chosen location for their coming stadium in the West End was the league’s favorite site. “Many years from now, after your club has been launched and playing many years, after many thrills and victories and agonies and defeats, you’re going to remember this day as a truly historic event for the Queen City,” he said. “You should be incredibly proud of your meteoric rise as one of our continent’s major soccer cities.” The announcement marked a high point in the team’s breakneck three-year rise. After playing in the United Soccer League since the team’s founding, FC Cincinnati won one of four expansion franchises from among a dozen cities vying for a spot in MLS. Cincinnati beat out Detroit and Sacramento for its spot. The team began MLS play this March, and will get a new, MLS-approved stadium in two years. There were plenty of complications along the way, of course: negotiations with CPS. Negotiations with Cincinnati City Council. A decisive “no” vote from the West End’s Community Council, followed by efforts from the council’s executive board to put a deal back together, leading to the eventual signing of a community benefits agreement between the team and a few neighborhood representatives. The stadium’s long-term impact has yet to reveal itself, but as hundreds of shovels dug into the ground during a December groundbreaking ceremony, this much was clear: Major League Soccer is coming to Cincinnati this year, and in 2021, a brand-new soccer facility will stand in one of the city’s oldest neighborhoods. FC Cincinnati, fccincinnati.com. 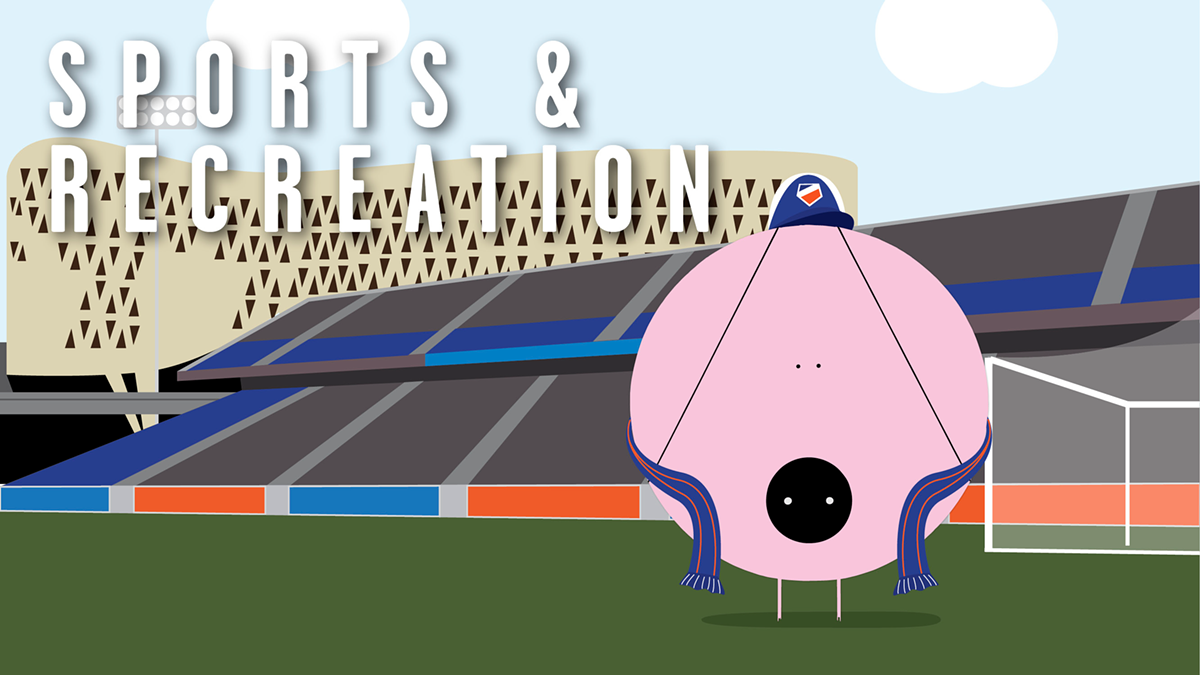 After playing their 2017-2018 home games at Northern Kentucky University’s BB&T Arena, the University of Cincinnati Bearcats basketball team returned to its own campus to play at Fifth Third Arena after an extensive renovation project. The upgrades have been so impressive, every time a new TV announcer comes in to broadcast a UC home game, they can’t help but gush. Bringing Fifth Third into the 21st century, the new-look arena — which took 20 months and $87 million (“privately funded,” the school’s website stresses) to complete — features a wider and larger lower bowl, better views and padded-back seating throughout (no more wooden benches!), more club seats and luxury suites, new concessions (including local favorites like Frisch’s, Skyline and Taste of Belgium) and hospitality areas, new LED stat boards, several giant HD video boards (including one outside of the arena) and much more. Fifth Third Arena, 2700 O’Varsity Way, University Heights, 53arena.gobearcats.com.

Shakespearean drama. Gravity-defying acrobatics. Unitards. You don’t have to break the bank to enjoy the spectacle of pro wrestling. The Northern Wrestling Federation offers WWE-sized thrills in the cozier confines of Fairfield’s UAW Hall. Over the past two decades, the indie promotion has garnered a cult following of die-hard wrestling fans and curious locals. Eight dollars scores you a seat closer to the action than any arena will provide, leaving you enough leftover cash to buy a hot dog and enough proximity to feel the rumble of the mat after a leap from the top rope. Though aerial feats and suplexes are never in short supply, NWF’s real draw is its eclectic cast of characters, which includes a D-list actor with a Napoleon complex, a guy who sports a Roman Gladiator mask at all times and a Floridian beach bum. It’s part gymnastics, part improv comedy and part reality TV — all performed live. Northern Wrestling Federation, nwfwrestling.squarespace.com.

It was a shocker when we found out last year that the holiest of all holy days in Cincinnati — Opening Day for Reds baseball — would be effectively split in two in 2018. The Findlay Market Opening Day Parade was held four days after the Reds’ home opener against the Washington Nationals, thanks to MLB scheduling changes that moved the season’s start date up a week. “The Reds Opening Day, which has historically fallen on a Monday, is now moved to the Thursday of the preceding week,” Findlay Market said in a statement at the time. “In 2018, this causes a conflict for Findlay Market because the opening week of the baseball season coincides with the Easter holidays. And, in order to operate the parade, Findlay Market needs to be closed.” Contrary to popular belief, the separation of the two events was not a harbinger of the apocalypse and the parade and Opening Day still occurred without incident. Thankfully, there is no such conflict in 2019, and thus, Reds fans will be spared the intense level of angst last year’s decision engendered. The Reds’ first game and the city’s vaunted Findlay Market Opening Day Parade will once again fall on the same day. The Reds will play their first game of the 2019 season against the Pittsburgh Pirates March 28 after the 100th-annual parade and the Reds Community Block Party. Expect the parade’s 100th anniversary and the Reds’ 150th anniversary — and the reunion of the two — to mark this procession as one to remember. Findlay Market, 1801 Race St., Over-the-Rhine, findlaymarketparade.com.

Fifty West Brewing Company has turned a stretch of Wooster Pike into a veritable outdoor recreation corridor. Across the street from the flagship brewpub sits Fifty West Canoe & Kayak, Fifty West Cycling and Fifty West Production Works (home to six sand volleyball courts). All are geared toward building community through shared experiences, which include drinking craft beer and going outside: it’s all about an active lifestyle, according to brewery co-owner Bobby Slattery. “Our mission, from a company standpoint is, basically, if you’re on the barstool, we want to get you off the barstool and figure out a way to add value to your life,” he says. “And if you’re not on the barstool and you’re out there being active, we want to educate you on craft beer and get you to sit on the barstool every once and a while.” Fifty West’s proximity to the Little Miami River and Loveland Bike Trail — arguably the city’s most popular thoroughfares for canoeing, kayaking, running and biking — also added a spark. Most activities are seasonal: running groups, co-ed volleyball leagues and group bike rides take place March through November, and then canoe and kayak rentals start around April or May and run through the fall. Fifty West’s bike shop is open year-round, however, for sales and fittings. They’ve also added a family-friendly Roadside Grill to their seasonal offerings. While the brewpub offers chef-driven, sit-down dining, the Roadside Grill is a place to grab snacks, sandwiches and salads to eat before a bike ride or jog along the trail. Also check the website for official training groups to help you meet your full or half-marathon goals. Fifty West Brewing Company, 7668 Wooster Pike, Columbia Township, fiftywestbrew.com.

Winton Woods standout turned soon-to-be NFL linebacker David Long Jr. put on a show at the 2019 NFL Scouting Combine, placing inside the Top 5 in the 40-yard dash (4.45) and vertical jump (39.5). And his former rival, Mount Healthy’s David Montgomery, did much of the same at the much-anticipated Indianapolis event. Long — a former Iowa State running back — made Cincy proud, running an impressive 4.63-second 40-yard dash and putting up 15 reps of 225 on the bench. Montgomery and Long represented the Queen City well and should reap the benefits from draft day in April.

This was a close race. The Cincinnati Rollergirls’ roster is chock full of talented skaters with impressive names, including Hot Slice, MIRDERHER, Sailor Scary and FireBolt. But it’s Pistolwhippin’ Wendy, who made her CRG debut in 2009 and plays pivot, jammer and blocker for the team, that takes the cake. Catch Wendy and the gang in 2019 at their newish home at Xavier University’s Schmidt Memorial Fieldhouse. First rolled out in 2006, the CRG are the Queen City’s first all-female, amateur, flat-track roller derby team, and for those interested in trading in their mainstream fandom for something more unique, these girls have you covered. All members of the team — including the coaches, referees and skaters -— are volunteers, and the team is primarily owned by the skaters themselves as the girls double as roller derby athletes and #girlbosses. Check the schedule for home games, which all include themes like Superhero Night, Star Wars Night and Pride Night. Cincinnati Rollergirls, cincinnatirollergirls.com.