Cincinnati’s Red Bike is one of five bikeshares across the country to win a “Living Lab” Grant from the Better Bike Share Partnership. Red Bike says the two-and-a-half-year, $200,000 grant will help them in their mission to grow equitable access via the Red Bike Go program. Red Bike will “develop and test innovative, new strategies and programs to increase access to bikeshare in the region,” says a release. Since 2018, Red Bike Go has offered a discounted $5 monthly membership to those with household incomes at or below 200% of the federal poverty guidelines. “Ensuring that everyone not only has access to Red Bike, but more importantly feels like Red Bike is actively catering to them has been a priority from day one,” says Jason Barron, executive director of Red Bike. “We are incredibly proud that the Red Bike Go Program is one of the best and most creative bikeshare equity programs in the country, and we cannot wait to see what we come up with over the next two-plus years.” cincyredbike.org.

With almost 24,000 followers, @cincinnati_revealed takes a photographic journey through the Queen City’s “architecture, art, anecdotal history and hidden gems,” per the account description. Photos of everything from Carl Strauss-designed modern abodes and newer Jose Garcia renovations to Italianate masterpieces and folksy Swiss Chalet-style homes dot the feed, with architecture quizzes on the stories. Read the captions for history, context and fun facts about each structure, which range from public buildings to private residences. @cincinnati_revealed.

Best City to Visit in 2021: Cincinnati 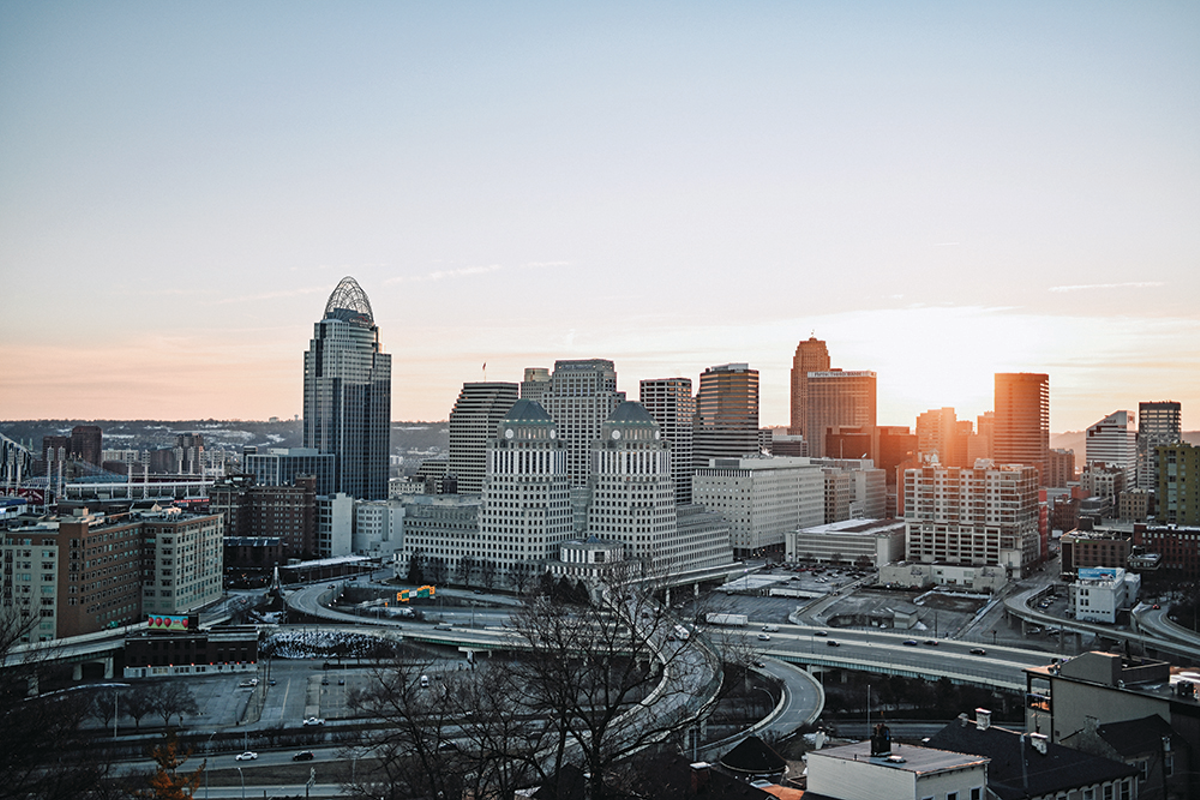 Surprise: You’re here. Travel + Leisure magazine puts out an annual list of the best places to travel in the coming year — generally beautiful and exotic locales from across the globe. But this year’s compilation, titled the “50 Best Places to Travel in 2021,” did something a little different as a result of the pandemic: It listed the top places to visit right here in the U.S. The collection includes destinations like the Alaskan coast, Las Vegas, Tulsa, Oklahoma and all of the National Parks, but at No. 11 (it’s alphabetical — to our benefit) is Cincinnati. The write-up calls out Music Hall, the new Kinley Hotel (and its in-house eatery Khora), Please, Goose & Elder, the Cincinnati Zoo and the Cincinnati Art Museum, along with its new Art Climb.

Figuring out how to sign up for and receive the COVID vaccine has been a real clusterfuck — especially if you aren’t, or even if you are, tech-savvy — but every person on the other end of the line at the health departments of Norwood, Cincinnati and Hamilton County has been consistently helpful, kind and sympathetic while helping people register to get their shots. Shout outs to them.

Best Docuseries That Could Oust Jim Jordan: George Clooney plans to produce a docuseries about the sexual abuse scandal that has dogged Ohio State University for decades

The Hollywood Reporter says that actor/director/producer/hometown hero George Clooney plans to produce a docuseries about the sexual abuse scandal that has dogged Ohio State University for decades. The series will be based on an October 2020 Sports Illustrated story by L. Jon Wertheim that takes a deep dive into the abuse from 1978-1998, with many interviews from alleged victims. Ohio Congressman Jim Jordan has been repeatedly accused of looking the other way as Richard Strauss, then Ohio State’s team physician, sexually abused members of the wrestling team, for which Jordan was an assistant coach. Strauss also allegedly abused or raped students in other sports as well as non-athletes. Jordan has denied any involvement or knowledge of the abuse.

The Brent Spence Bridge reopened to traffic a day early (on Dec. 23) after a structure-damaging crash and fire in November closed both levels and required extensive repairs.

Hope you enjoyed getting into Northern Kentucky without an hour-long wait. In March, the Brent Spence Bridge again closed some of its lanes to traffic for almost the remainder of the year to complete some “maintenance.” The good news… well, there really isn’t any. The two westernmost lanes of the bridge — which the American Transportation Research Institute recently named the No. 2 bottleneck for freight trucks in the entire nation — will be closed during the first phase of the project, while the two easternmost lanes will remain open. During phase two, those will switch. In Ohio, the ramp to I-71 southbound from Fort Washington Way and the ramp to I-71 southbound from Third Street are both closed. Basically, if you’re in downtown Cincinnati, forget hopping onto southbound I-71. On the Kentucky side, the ramp to I-74/I-75 northbound is closed in Covington. During the closure, the Kentucky Transportation Cabinet will manage a maintenance project to clean and paint the bridge. The entire project is expected to last until Nov. 15.

Best Lawsuit to Prevent Absentee Ballots from Being Rejected: filed an injunction against Secretary of State Frank LaRose to make sure that voters have “the opportunity, and sufficient time, to correct their mismatched signatures when boards of elections mistakenly reject their ballots and ballot applications on th

Despite the fact mail is a proven and effective method of casting a vote (if not one that takes seemingly forever to tally), several concerns cropped up as millions of Americans took to the post-office box instead of the ballot box this presidential election as a result of the pandemic. There was a cluster of controversies around the U.S. Postal Service and the thorny question of whether its services were being crippled; concerns about equity; and at least one lawsuit calling out Ohio’s system that requires the signatures on absentee ballots match those on absentee ballot applications. In August, the Lawyers’ Committee for Civil Rights Under Law, the American Civil Liberties Union, the ACLU of Ohio and Covington & Burlington LLP filed an injunction against Secretary of State Frank LaRose to make sure that voters have “the opportunity, and sufficient time, to correct their mismatched signatures when boards of elections mistakenly reject their ballots and ballot applications on the basis of signature mismatches.” Jen Miller, executive director of the Ohio League of Women Voters, said, “Ohio’s unscientific signature matching processes create unfair electoral barriers, especially for senior citizens, youth, and voters with disabilities. Ohio needs to institute a transparent notice and cure process so voters can be assured their votes will count.” A federal judge said that while the signature verification process is burdensome, it wasn’t enough to change it before Nov. 3.