Norwood got a little sweeter this year with the addition of over-the-top donut maker Starlight Doughnut Lab. In operation since the start of 2019, owner/baker Ben Greiwe has been crafting small-batch baked goods with a unique ingredient. Starlight donuts use mashed potatoes in the dough, which “boosts moisture, sweetness, flavor, and adds a crispy outside layer thanks to the potato’s natural sugars caramelizing in the fryer,” Greiwe explains. He says the flavor combos and that texture set Starlight apart from other local donut purveyors. The Norwood storefront offers both cake donuts and 48-hour brioche donuts with six always-on-the-menu flavors including churro, vanilla-glazed with sprinkles, and a raspberry lemonade. But our favorite is the everything-bagel donut with garlic-herb goat cheese. Greiwe tells CityBeat that this savory 48-hour brioche donut is his favorite flavor he’s ever made. facebook.com/starlightdoughnutlab. 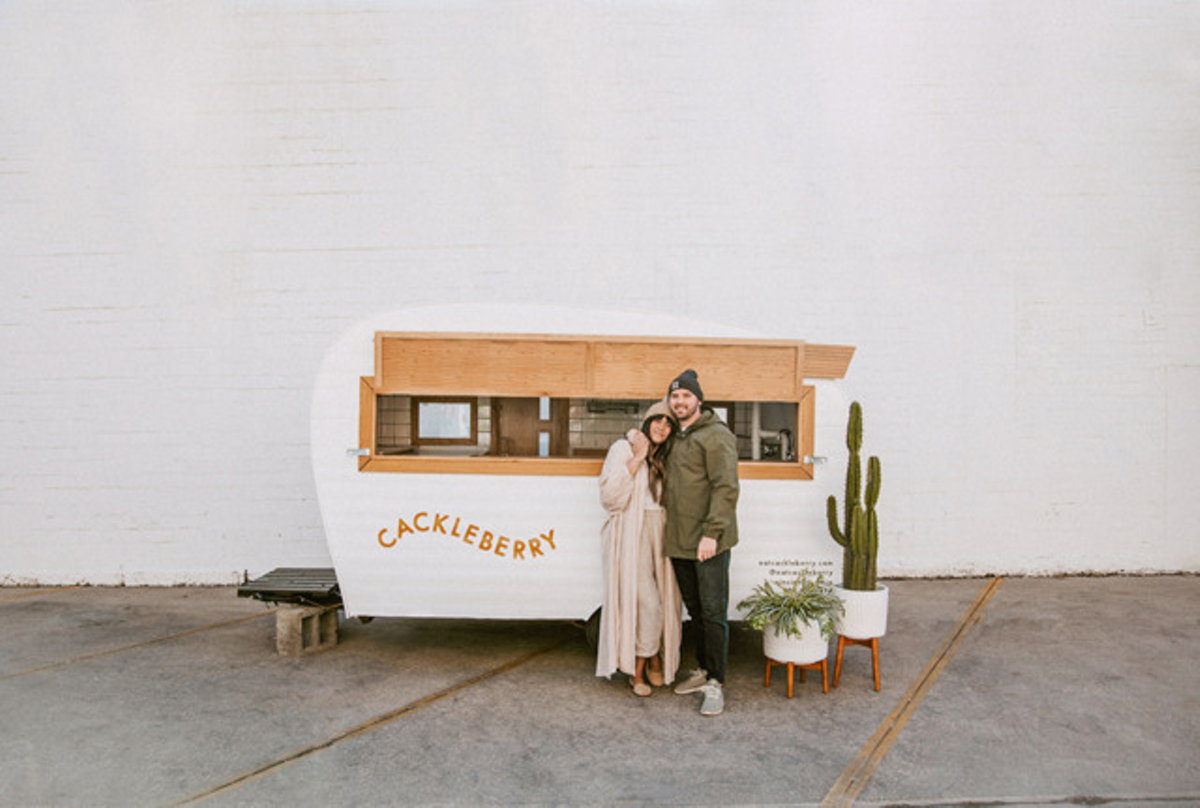 Squeezed into a bite-sized vintage trailer, husband-and-wife duo Nate and China Kautz serve eggy breakfast sandwiches as Cincinnati-based pop-up Cackleberry (a term for a hen’s egg). The petite menu blends Queen City staples with Filipino-fusion ingredients to offer options like the Lolo, with longanisa sausage and atchara pickled slaw, and a goetta sandwich called the Porter with muenster cheese and mustard aioli. The seasonal food truck parks in various locations on weekends and operates until all sandwiches are sold out. eatcackleberry.com.

After closing in October of 2021 for renovations, Alabama Fish Bar reopened at the start of 2022 to once again serve the self-proclaimed “best fried fish in Cincinnati.” 3CDC acquired and revamped the three-decade-old eatery as part of its $50 million Willkommen project, which includes building or rehabbing several buildings across Over-the-Rhine to create residential and commercial units. Out of the deal, Alabama Fish Bar got an updated storefront, new flooring and paint and some new kitchen equipment. Another update? They now take credit cards. facebook.com/alabamafishbar.

Best Haven for Cats and Coffee 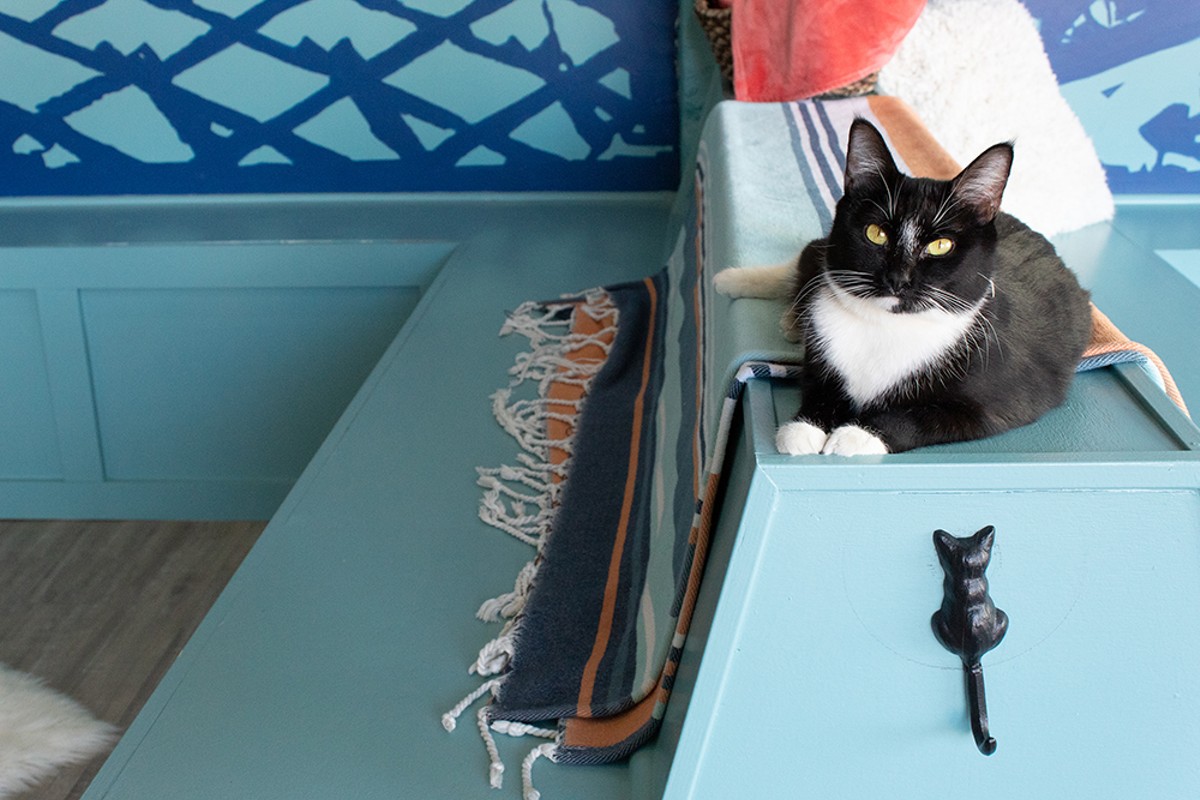 Get your caffeine and cuteness fix at the Purrfect Day Cafe in Covington. At any given time, there are roughly 20 adoptable cats and kittens ready to cuddle and play. Purrfect Day works with three Tri-State-spanning animal rescues — Kenton County Animal Services in Northern Kentucky, Cincinnati Animal CARE Humane Society in Northside and P.A.W.S. of Dearborn County Humane Center in Lawrenceburg, Indiana — to get their adoptable animals. And all have been spayed or neutered, are dewormed, are up-to-date on their shots and are FeLV and FIV negative. You can reserve a 50-minute session in the kitty lounge for $15 per person or simply stop in for cat-themed coffee, tea or cocktails (their menu includes “purrbons” and “meowmosas”) to watch the friendly felines through the cafe window. If you fall in love with a cat, adoption coordinators are on-site. Visitors can also treat themselves to snacks like “paw-pcorn,” cookies and scones. purrfectdaycafecovington.com.

Mi Cozumel in Springfield Township has already made a name for itself. Their giant, flaming fajitas come in a variety of flavors, and their margarita towers are so popular we’ve spotted a local police officer offering crowd control on more than one occasion. But, don’t get it too twisted: Mi Cozumel is still a family restaurant, as evidenced by their insane and all-encompassing kids’ menu. Got a picky kid? The options are nearly limitless. Sure, a quesadilla (with waffle fries) is a safe option, but they also offer such random yumminess as a Nutella-and-strawberry sandwich. Is 37 too old to order from the kids’ menu? Asking for a friend. The restaurant has two additional locations: one in Oakley and one in Finneytown. micozumel.com. 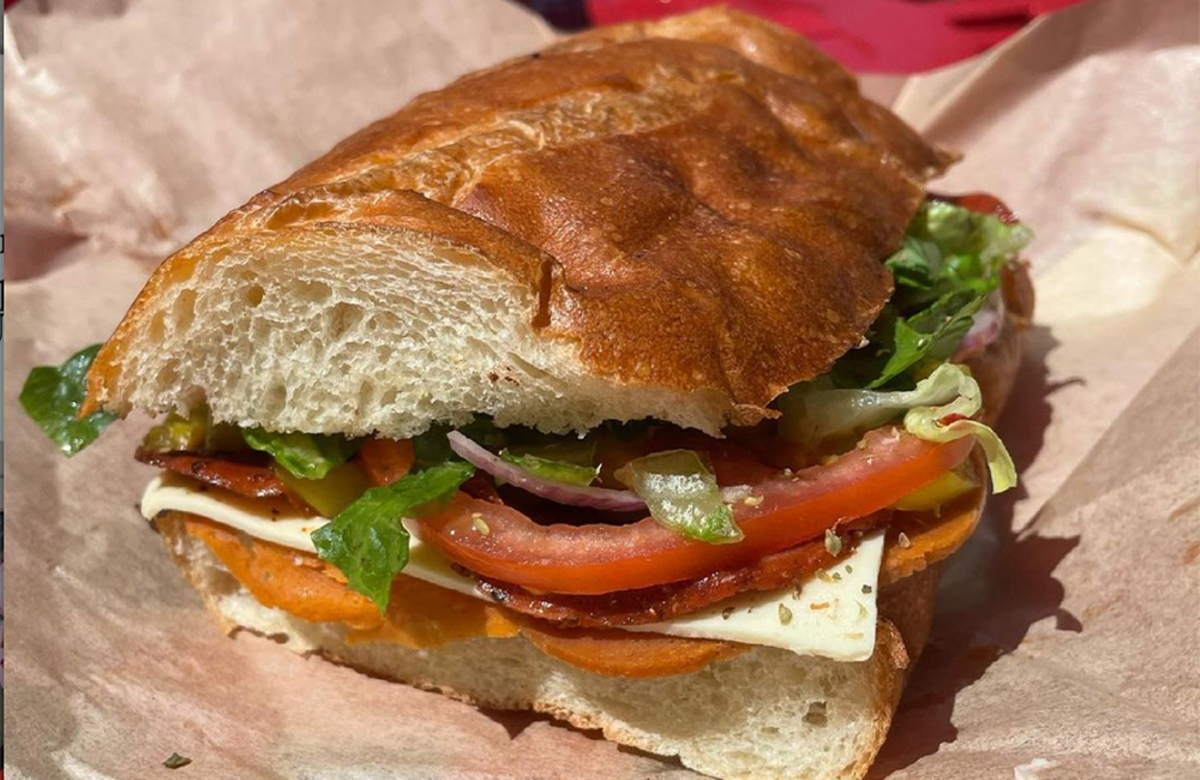 Findlay Market’s Harmony Plant Fare is a New York-style deli that caters to vegetarians and vegans. They make their own seitan and meltable vegan cheese, along with a slew of dips, salads (no-tuna tuna, etc.) and heat-and-eat items. And, like any good deli, they also put together delicious sandwiches. The Italian sub features seitan ham and pepperoni, vegan provolone, lettuce, tomato, onion, banana peppers and Italian dressing on a Sixteen Bricks roll. It’s a hearty, tangy, hefty dish that encapsulates the experience of eating a full-on Italian sub — all without animal by-products. There’s a wonderful bite to Harmony’s housemade meats that almost approximates the irresistible snap of a good, fatty pepperoni. Give this sandwich to a drunk (or sober) carnivore, and they won’t even know the difference. harmonyplantfare.com.

How many coneys and 3-Ways can one person eat before they need a change of Cincinnati-chili pace? Luckily, Cafe Mochiko offers those familiar flavors in a new way. It’s owned and operated by chefs Erik Bentz and Elaine Townsend, who have made an exceptionally good name for themselves in the culinary world, being highly revered by foodies across the nation (Townsend was featured in a 2021 issue of Bon Appétit and was also named a semifinalist for Outstanding Baker in the 2022 James Beard Awards). Bentz pays homage to the Queen City’s chili fixation with Cincinnati-style ramen — a Cincy-chili-flavored broth filled with minced and spiced meat, housemade noodles, diced raw white onion, tamago (marinated egg) and thinly shredded cheddar. The presentation is quite similar to a 3-Way, but the ramen broth and noodles take the concept to a whole new culinary level. cafemochiko.com. 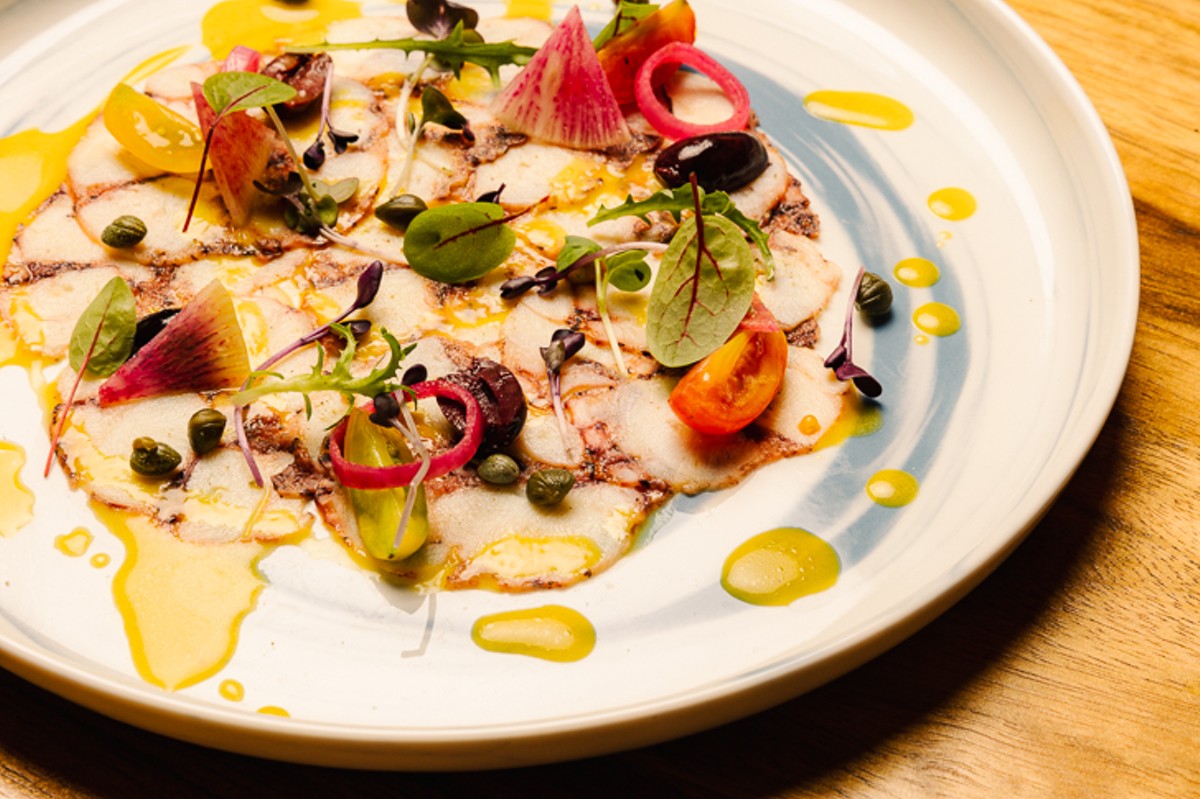 While Cincinnati is home to dozens of high-end eateries, downtown’s Okto holds its ground as being one of the only upscale Greek restaurants in the area. The menu includes traditional Mediterranean dishes, like savory tiropita and spanakopita pastries, kebabs, flaming saganaki (a pan-fried Greek cheese) and baklava, as well as branzino (deboned at the table), lobster pasta and chef Wissam Baki’s signature octopus carpaccio. The dish features thin slices of marinated octopus served with radish, pea tendrils, onion, caper and lemon. To wash it down, Okto’s bar is stocked with a selection of wine and liquors imported from Greece and cocktails created to pair nicely with the restaurant’s Mediterranean flavors. oktocincinnati.com.

Best Patio with a Side of Chicken Tenders

Wanna get wings and bask in that humid Cincy summer air? Look no further than Roosters — specifically the new(ish) West Side Roosters location. Everything on the Roosters menu is delicious, so you’ll catch a great meal even in the winter. But throwing down some chicken tendies while sitting on their large, sunny patio on a summer day is literally the best thing ever. roosterswings.com.

Best Taco-and-Burger Bang for Your Buck

Mount Adams recently welcomed a new dining establishment to its quaint hilltop neighborhood. El Barril Mexican Sports Bar & Grill opened last fall and takes over the space formerly occupied by Next Chapter. As its name suggests, the eatery is part restaurant — boasting both Mexican street food and bar bites — and part sports bar. The menu ranges from street tacos, piled-high nachos and meat-stuffed burritos to more traditional bar food like loaded burgers, mozzarella sticks and wings. Across the board, prices are reasonable, especially when it comes to the amount of food you get. But if you’re looking for a real bang for your buck, opt for the $12.99 Burger and Taco Combo. The meal comes with your choice of burger (options include over-the-top creations like the Breakfast Burger with goetta, bacon, cheese, fried egg and spicy Sriracha mayo, or the El Barril Burger with guacamole, sauteed mushrooms, onions and American cheese), two tacos (favorites are the carnitas and the Bang Bang Shrimp) and a side of fries. Enjoy your feast in one of three indoor dining areas, or on the first- or second-floor patios. The eatery plans to open a second location in New Richmond this summer. elbarrilmexicansportsbarandgrill.com.