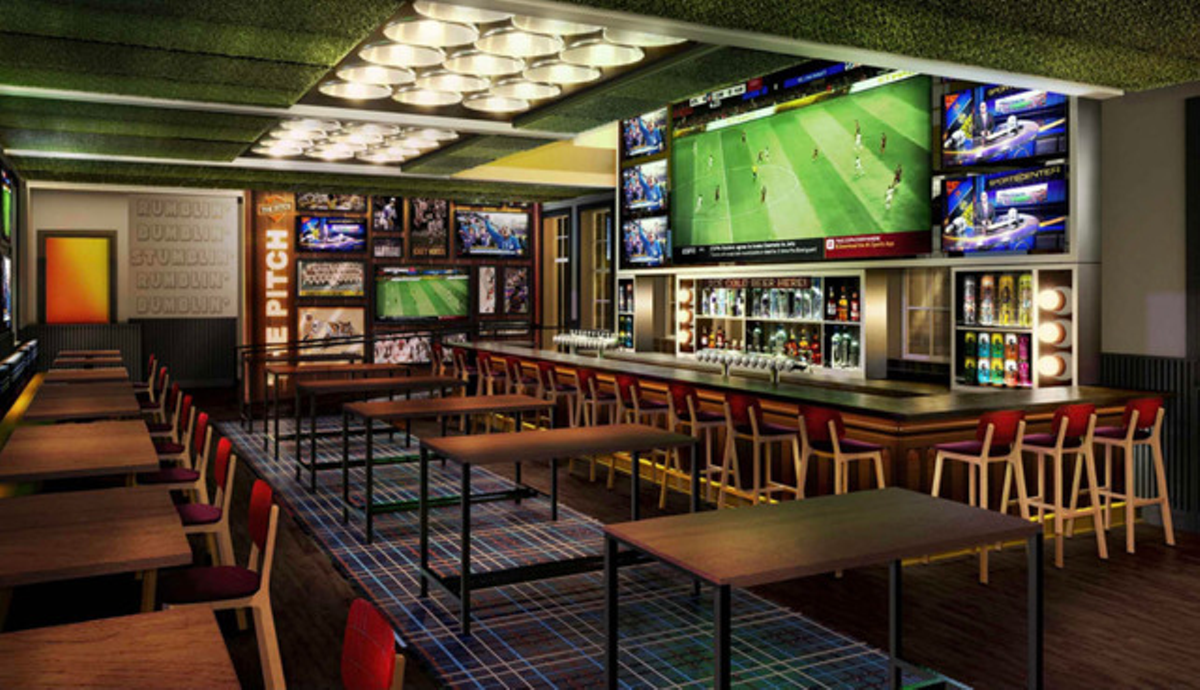 Soccer-themed sports bar The Pitch, located directly across from TQL Stadium, opened before the first home match of FC Cincinnati’s 2021 Major League Soccer season. Housed in the former two-story Metropolitan Baptist Church space, the bar boasts plenty of nods to its sporty namesake (the term for the field upon which soccer is played). There’s a second-floor scarf wall, a 9-foot-tall wall of 4K TVs (there are another 50 TVs spread throughout the bar) and even artificial turf on the ceiling. And while being inside is a transportive experience for FC Cincinnati fans, patrons can almost see into TQL Stadium from the bar’s coveted rooftop patio outdoors. thepitchcincy.com.