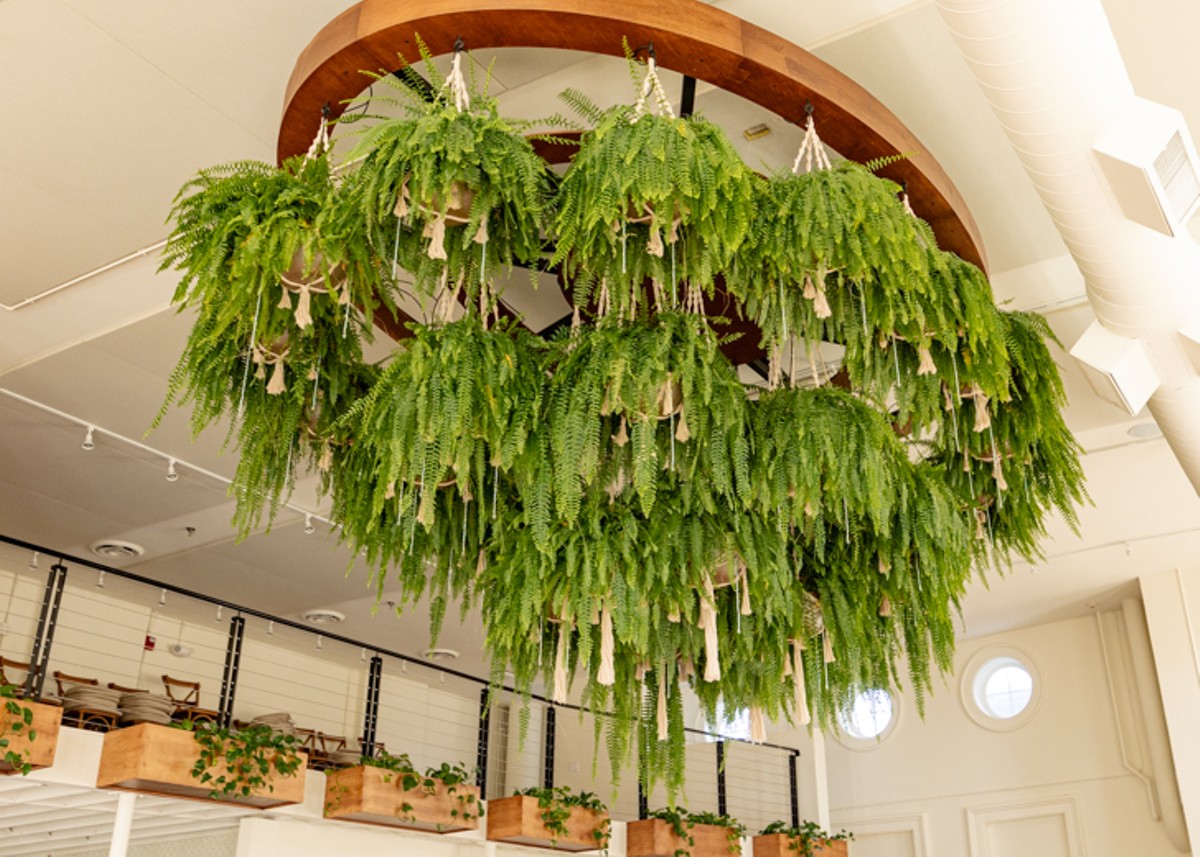 MadTree Brewing opened a new multi-level bar, restaurant and event space in Over-the-Rhine in early March 2022. Called Alcove, the heavily windowed space features areas to lounge, drink and dine, including inside a greenhouse or on a large outdoor patio. The food is focused on farm-to-table dishes created by chef Stephen Williams of Bouquet Restaurant and Spoon: Kitchen & Market. And the drink menu features housemade cocktails — utilizing herbs grown in that aforementioned greenhouse — and MadTree’s own brews. From a design standpoint, Alcove is stuffed with live greenery from Urban Blooms in every corner, creating a secret-garden-like feeling with living feature walls. In the event “Loft” on the third floor, there’s even a massive and whimsical chandelier made of ferns and macrame. It’s truly a statement piece. Designers also focused on integrating the rich history of the building into its design. Old photos and news clippings sit framed along the walls, telling a story of a building that has seen many lives since its construction in s, a popular Over-the-Rhine biergarten, this historic building was home to many happenings of 19th-century Cincinnati life. For example, members of the original Cincinnati Symphony Orchestra played as the house band before the symphony’s official formation. The front dining area was even home to a favorite booth of politician George “Boss” Cox. And the third-floor event space was once known as the Yokum Athletic Club, where it is thought Ezzard Charles trained. madtreebrewing.com/alcove.