On Feb. 13, the Bengals went to Super Bowl LVI, Cincinnati’s first shot at the Vince Lombardi trophy since 1989. Our beloved team was just two minutes away from the win but ultimately lost 20-23 to the Los Angeles Rams. But despite the last-minute defeat, this Bengals team let Cincinnati fans dare to dream again after years of constant loss. The Bengals delivered a 10-7 regular-season record — something no oddsmaker had predicted — and won the AFC North as well as the AFC Championship, pulling off magical win after magical win in the postseason and demonstrating why it was smart to draft rookie kicker Evan McPherson. Plus, days before walking onto the Super Bowl field, wide receiver Ja’Marr Chase was named the 2021 Offensive Rookie of the Year, while quarterback Joe Burrow earned Comeback Player of the Year. The playoffs and Super Bowl run ignited a long-dormant spirit within the city, with fans contributing to the Bengals having the most-watched Super Bowl in the last five years. Leading up to the game, businesses and organizations throughout Greater Cincinnati plastered their buildings with “WHO DEY” signs and created special items to celebrate the playoffs. Hell, even Hu-Dey beer made a limited comeback for the occasion. Governments got in on the act, too, with Cincinnati City Hall flying a Bengals flag, Dayton, Kentucky, renaming itself as “DEYton,” Cheviot changing its street signs to Bengals players’ names, and Ohio Gov. Mike DeWine declaring that Super Bowl Sunday would be called Cincinnati Bengals Day. With Bengals head coach Zac Taylor’s contract now extended through 2026, Cincinnati has plenty more to roar about as the 2022-2023 season approaches. bengals.com.

Best Use for Semi-Deserted Tennis Courts

Pickleball, which has nothing to do with pickles, has been around since 1965, but it became a phenomenon in 2021 spreading as fast as the Omicron variant of COVID-19. Legend goes, the bored family of a Washington State congressman invented the game when they had access to a badminton court but no equipment, so instead they used ping-pong paddles and a perforated plastic ball. Sixty years later the low-impact sport has overtaken tennis courts everywhere, including in Cincinnati. Played as singles or doubles, games are brief, so it’s a perfect fit for socializing, especially as a moderately strenuous workout. Perhaps the busiest location is Sawyer Point’s tennis center on the Ohio River, which will soon offer a dozen permanent pickleball courts thanks to a $500,000 upgrade. But places to play are all over town, so no matter where you live, it’s likely you’ll soon be hearing the rat-a-tat-tat of competition. 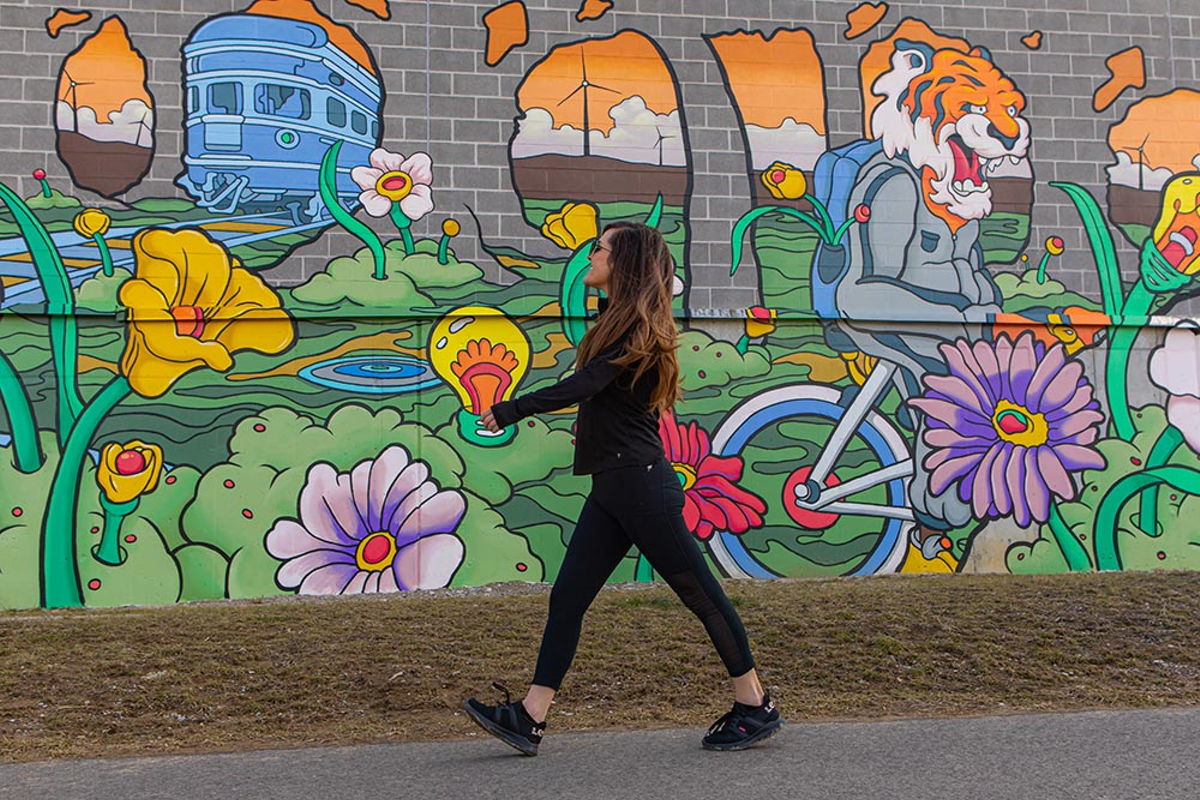 The Cincinnati Reds’ second baseman Jonathan India secured a cabinet full of trophies recognizing his outstanding 2021 season, and we wouldn’t blame him if he needed to upgrade from Elfa shelving to something a little more sturdy to support all that weight. The Sporting News named India as its National League Rookie of the Year for 2021; he was named the National League’s Outstanding Rookie in the MLB Players Choice Awards; and Baseball America selected India as its Rookie of the Year. But the rookie also snagged the big, big award: India was named the Baseball Writers’ Association of America’s 2021 Jackie Robinson Rookie of the Year for Major League Baseball’s National League. Time for India to get handy and find those drywall studs, because we have a feeling he’ll be adding to that collection in 2022. reds.com.

For a long time during the COVID-19 pandemic, Cincinnati had a big, puck-shaped hole. The Cincinnati Cyclones hadn’t played an official, regular-season game since March 11, 2020 — that is, until Oct. 23, 2021, when the Cyclones visited the Indy Fuel. Indy came to Cincy a week later for the home opener for not only the local return of our favorite ice sport, but also the return of our favorite promotion: dollar beer night. In addition to plenty of opportunities to make dollar-beer-can pyramids against the rink plexiglass, this season also gave fans a new head coach in Jason Payne (the only currently active head coach of color in professional hockey) and a 2022 ECHL Hall of Famer in Cyclones president Ray Harris. Drink up and drink often, because hockey is finally back, baby. cycloneshockey.com.

Best Way to Get the Meat Sweats at the Ballpark

Ballpark fare can make anyone salivate. Honestly, who doesn’t love a thick frank or a sundae in a plastic baseball cap? But the Montgomery Inn’s Smokehouse Parfait at Great American Ball Park scratches our itch for something a little more interesting and a lot more meaty. Introduced during the Cincinnati Reds’ 2021 season, Montgomery Inn’s creation loads barbecue pulled pork, macaroni and cheese and coleslaw into a squishy bread cone. That’s right: This delicious Frankenstein-esque creation is literally a fist full of meat and drippy toppings that you can nibble from, just like you would some Graeter’s ice cream (or you could use a fork, if you’re a bit more refined). reds.com.

Oh, Cincinnati, you are full of beautiful weirdos. During the Bengals’ run to the Super Bowl, local fans developed a new way to wish the team luck: chugging a can of Skyline Chili. It began as the Bengals went on a winning tear at the start of the playoffs, with fans posting video after video of themselves popping can lids and shotgunning the messy, cinnamony delicacy as if they were attacking free rounds on their 21st birthday at a dive bar. The stunt became a bona fide social media trend that had even Barstool Sports intrigued. Alas, the good luck wore off during the final minutes of the Big Game, but for Bengals fans, those 1,830 milligrams of sodium in each 15-ounce can of Skyline were worth it. skylinechili.com.

With the ongoing COVID-19 pandemic, the Russia/Ukraine war and Britney Spears’ long-won freedom from her tyrannical conservatorship, it’s safe to say that nobody can predict anything in this damn world. But that seems to be doubly true for the upcoming Major League Baseball season. Team owners forced a lockout in December after the old five-year collective bargaining agreement expired. With no movement of any kind — including facility visits, trades or practices — since then, MLB had canceled the first two series of the 2022 season in early March. This was the first work stoppage since the 1994-1995 players’ strike, which doomed the 1994 World Series, the ninth stoppage ever and just the fifth that had canceled regular-season games. But miraculously, the two sides struck an agreement later and rescheduled the canceled games. Now that teams are allowed to trade again, Cincinnati Reds fans are wondering who’s actually going to be on the field at Great American Ball Park. The front office traded All-Star outfielder Jesse Winker, third baseman Eugenio Suárez and pitcher Sonny Gray, and the club is reportedly “not interested” in luring back top outfielder Nick Castellanos, who opted out of his remaining contract in November (update: Castellanos has since gone to the Philadelphia Phillies). As of press time, nervous fans still have no idea what’s to come for 2022, but at least Reds stalwart Joey Votto is calling for quality resources, too. “We haven’t done enough winning,” the lifetime Red recently said in an interview. reds.com. 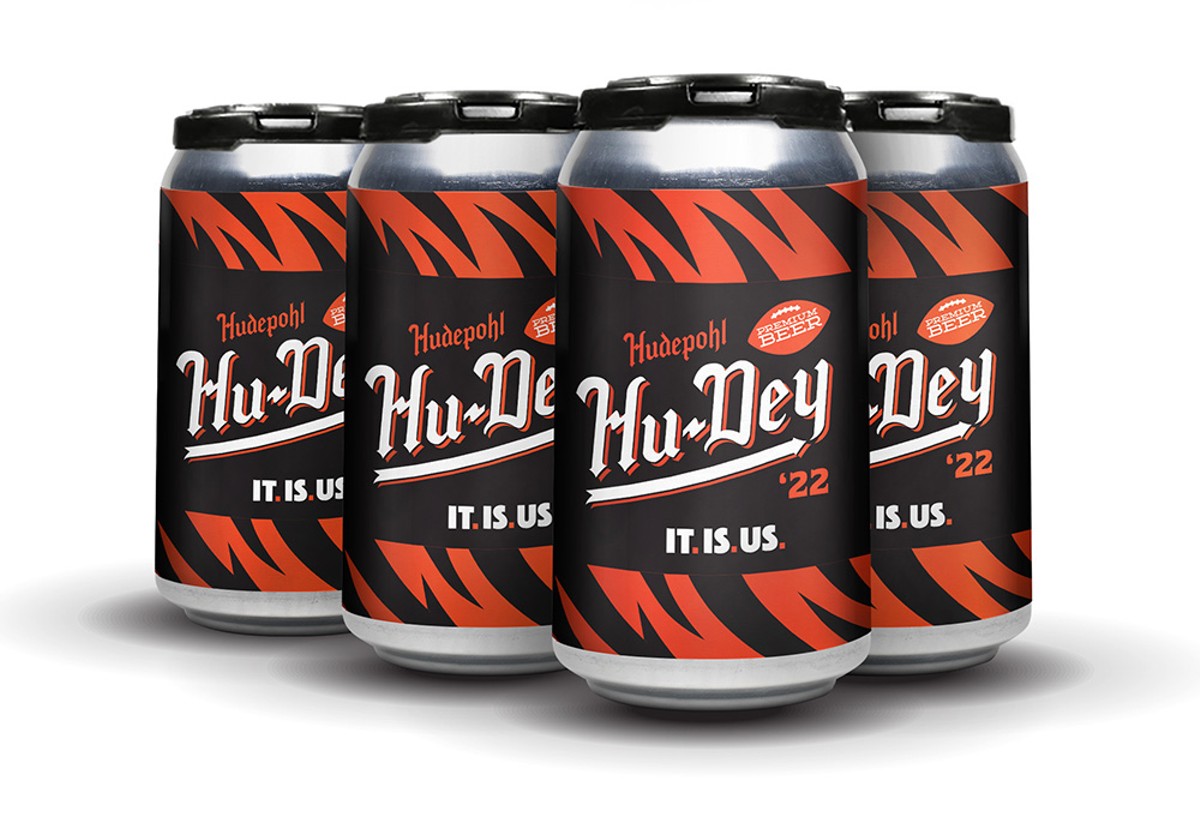 There has always been a symbiotic relationship between Cincinnati’s Hudepohl Brewing Company, founded in 1885, and the Cincinnati Bengals, established in 1967. And, yes, part of that is built on the rumor that the team’s Who Dey slogan is a derivative of fans shouting for “Hudy” beer at games. The popular origin story even prompted the brewer to can a special commemorative Hu-Dey beer during the Bengals’ runs to the Super Bowl both in 1982 and 1989. And, during the Bengals’ Super Bowl berth this past year, those vintage orange-and-black cans popped up across social media as fans broke out the decades-old brew to unadvisedly drink. But Hudepohl (acquired by Cincinnati Beverage Company in 2020) wanted fans to keep those beers on the shelf and out of their stomachs, so they released a limited-run new commemorative Hu-Dey brew. Decked out in vintage font and the slogan “It.Is.Us.,” the cans contained a special, easy-drinking ale. Cincinnati Beverage Company did a one-time run of Hu-Dey, producing around 3,000 six-packs. The company said “once it’s gone, it’s gone,” and it was gone, fast. Fans lined up for blocks and blocks across Over-the-Rhine to snag the brew. It was sold-out within hours. hudepohlbeer.com.

Joe Burrow — aka Joe Shiesty, aka Joey B., aka Joe Cool, aka Joe Brrr — has become a local hero of sorts. Since the Bengals drafted him in 2020, Burrow has thrown for more than 8,000 yards, bounced back after a season-ending knee injury in 2020 and had been instrumental to the Bengals reaching the Super Bowl. Cincinnati knew early on that Burrow would be good at football, but now he’s showing prowess in a completely different arena: fashion. The entire population of the Queen City was looking through rose-colored glasses after the Cincinnati Bengals won their first playoff game in 31 years, defeating the Las Vegas Raiders 26-19 at Paul Brown Stadium on Jan. 15. The win was obviously a big deal. But perhaps a bigger deal? Burrow’s postgame-press-conference glasses. The specs, which teammate and wide receiver Ja’Marr Chase said were Cartier, elicited comparisons to everyone from Robert Downey Jr. to Lizzie McGuire and Elton John. The colorful frames also made some people extremely horny, especially on Twitter. The social media platform lost its collective mind with tweets coming in declaring everything from “Joe Burrow wearing those y2k glasses is my kink” to “The real star of last night’s Bengal’s win: Joe Burrow’s frames.” When asked if the glasses had any significance, Burrow told reporters: “No significance. I just think they’re pretty cool.”