UC projects it will have more than 46,000 students across all of its campuses when classes start Aug. 26, breaking enrollment records for the seventh-straight year. 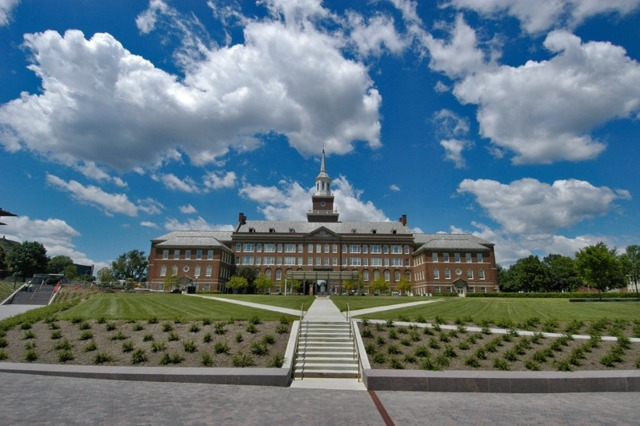 For the seventh time in as many years, University of Cincinnati expects to have a record number of students enrolled across all of its campuses.

When the school year begins Aug. 26, UC projects 46,224 students will stream onto its main campus uptown and its satellite campuses.

The enrollment record, fueled in part by the school's largest-ever freshman class — projected to be 7,998 students strong — represents the first time UC's enrollment has broken 46,000 students. Last year's high — also the highest ever at the time — was 45,949 students.

In addition to the large overall number of students, UC will also see the most international students it has ever enrolled — 3,705. That's a 91-percent increase from a decade ago, the school says.

The milestones come as the university celebrates its 200th anniversary. UC began as the Ohio Medical College and Cincinnati College in 1819.  UC's first class had a slightly smaller enrollment — about 70 students and three faculty members.

Incoming and returning students will be welcomed by a number of new initiatives and campus features, including new main campus buildings for the College of Allied Health Sciences and the Carl H. Lindner College of Business; increased opportunities for education in information technology fields; new living-learning communities for students living on UC's main campus; and a program called "Bearcat Promise," which aims to help students map their career trajectories as they work on their respective majors.

“This is really a commitment to our students that we will provide the resources, the tools and the expertise to co-design their future,” UC Vice Provost of Enrollment Management Caroline Miller said in a news release. “A career choice is not as simple as the major you choose. Knowing the purpose behind your plan will help students graduate and stay on task.”