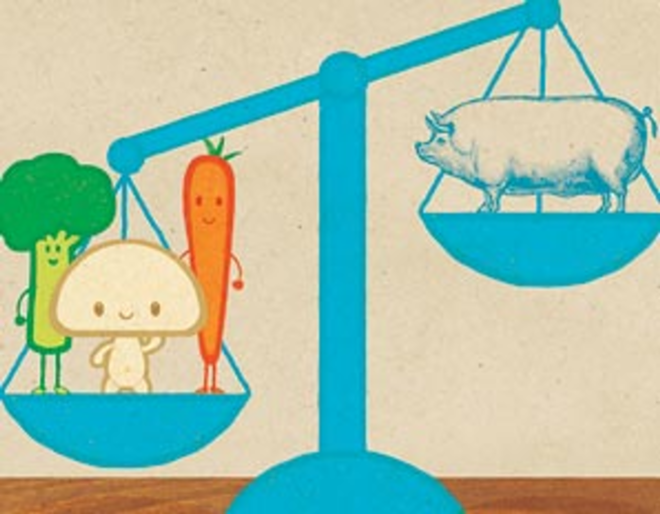 Who says New Year’s resolutions have to be followed 365 days a year?

Meatless Monday, a public awareness campaign that advocates a “semi-vegetarian” lifestyle, asks its pledgees to give up meat one day a week. With the support of schools, hospitals and restaurants across the globe since 2003, they aim to improve the public’s health by cutting down meat consumption 15 percent.

Going veg once a week can reduce risks of chronic preventable conditions like cancer, heart disease, diabetes and obesity — not to mention it is good for the environment.—-

The Meatless Monday campaign is gaining popularity, and studies show the public’s increased interest in “semi-vegetarian” lifestyle. But the tradition of giving up meat is not a new one: In the past, Presidents Wilson, Truman and Roosevelt organized voluntary meatless days during both World Wars.

The beauty of the commitment is that it only lasts one day a week. If you are tired of following your new year’s resolutions 24/7, try following them 24/1, it’s a lot easier!

Plus, going veg for a day might get you eating new things, or talking to new people. “If you think chili needs meat, you don’t know beans” says chef Shawn Fields, a supporter of the campaign.