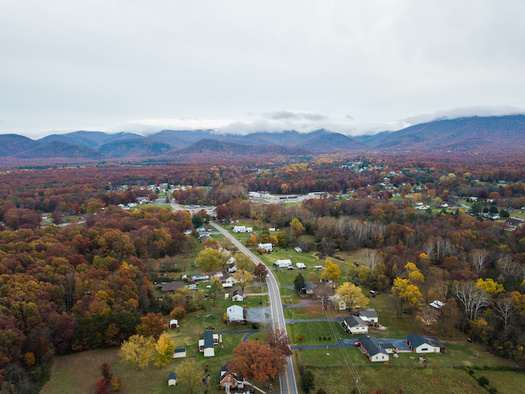 Photo: AdobeStock
Appalachian residents' household income is 82.5% of the U.S. average, and 16% of Appalachians live below the federal poverty level.

The Appalachian Regional Commission report on so-called "diseases of despair" is based on Centers for Disease Control and Prevention data from 2018, but researchers say financial, child care, and mental-health struggles due to the pandemic will likely worsen the situation.

Wendy Wasserman, director of communications for the Commission, said this public-health crisis is closely tied to economic development.

"One of the reasons that we've been looking at this is because overdose, suicide, and liver disease are taking a disproportionate impact on prime working age," said Wasserman. "That, by definition, impacts economic potential."

Among men ages 35 to 44, the report says the 'diseases of despair' mortality rate is 50% higher in Appalachia than the rest of the U.S.

Wasserman said boosting mental-health and substance-abuse resources, and transportation for working-age people in the region, is even more critical as the pandemic stretches into next year.

In Kentucky, these mortality rates were 21% higher overall than in non-Appalachian states. Since 2017 in general, rates of overdose, suicide and liver disease have trended downward in the 13 states that make up the Appalachian region.

But Wasserman said there's no guarantee that will continue.

"What we did see is that that disparity was narrowing," said Wasserman. "But again, the pandemic has been such a huge disrupter in everything, that we don't know until we look at the data in another year or two."

Wasserman said she believes the COVID-19 crisis could spur innovative efforts to combat decades of economic stagnation and job loss.

"I am hoping that one of the unintended consequences of the pandemic is creative interventions," said Wasserman. "We've all have to be more creative again — in our personal lives, in our professional lives. The economy needs to be more creative. People need to rise to the occasion to be able to survive."

The report also says compared to the rest of the nation, Appalachian residents continue to face stark disparities in educational attainment, employment and income.