Alan Light, born and raised here, has one about Johnny Cash; RJ Smith, a current resident, has a Chuck Berry bio 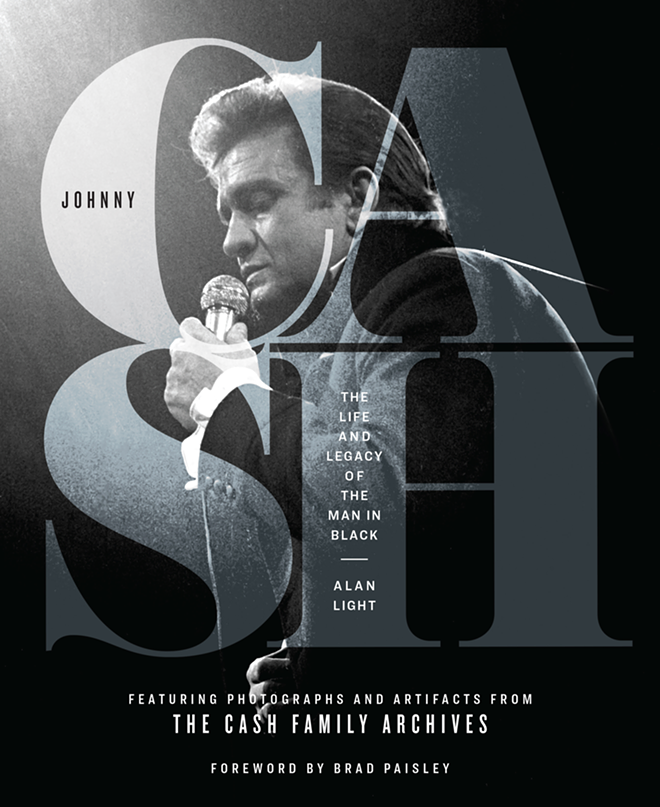 Two well-regarded music writers with strong Cincinnati connections each have upcoming books on major figures in the history of American popular music.

Alan Light, who was born and raised here and attended Cincinnati Country Day School but now lives in New York, announced yesterday that his upcoming project is the illustrated biography Johnny Cash: The Life and Legacy of the Man in Black, to be published Oct. 30 by Smithsonian Books. He said it would feature "numerous previously unseen photos from Cash’s archives."

Smithsonian Books' synopsis says that, "Johnny Cash: The Life and Legacy of the Man in Black is an illustrated biography of Johnny Cash that reveals his personal and professional life through largely unpublished material from the Cash family, including his handwritten notes and lyrics sheets, personal photographs, and beloved objects from his home and private recording studio. Alan Light traces Cash's story from his origins in rural Arkansas to his early recordings with Sun Records; from his battles with drug dependency and divorce to his romance with June Carter; and from his commercial musical successes, including At Folsom Prison and American Recordings, to his death and legacy. The book also examines key recurring themes of Cash’s life, including his social justice advocacy and his sense of faith, revealing a complete and illuminating portrait of a complicated figure."

Light's other books, besides the one on Simone, include The Holy or the Broken: Leonard Cohen, Jeff Buckley, and the Unlikely Ascent of Hallelujah and Let's Go Crazy: Prince and the Making of Purple Rain.

Meanwhile, RJ Smith — who moved to Cincinnati from Los Angeles to become senior editor at Cincinnati Magazine in 2013 — is now at work full-time on a biography of Chuck Berry, whose many hits of the 1950s ("Johnny B. Goode," "School Days," "Roll Over Beethoven") have all become Rock classics and helped define that emerging music genre and has influenced it ever since. He died in 2017.

Smith's biography, You Never Can Tell, is coming from Da Capo Press. The title comes from a Berry song that, while it came out in 1964 rather than the 1950s, is now regarded as one of his finest lyrically and musically.

Smith previously wrote a biography of James Brown, The One, and last year published American Witness: The Art and Life of Robert Frank, about the photographer whose 1950s project, The Americans, is now considered one of the great artistic accomplishments of the Beat Generation. CityBeat interviewed him about that book last year: you can read it here.