Morning News: will The Banks get a concert venue? Sheriff Jones won't run for Senate

Butler County's controversial Sheriff Richard Jones will not fill in after Ohio Treasurer Josh Mandel dropped out of the 2018 GOP Senate primary race. 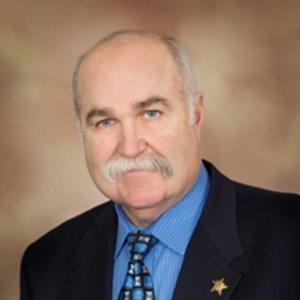 Could riverfront project The Banks get an outdoor concert venue this year? Hamilton County officials say they’d like that to happen, and county records show construction on a $20 million indoor/outdoor music pavilion could begin as soon as March. Hamilton County attorney Tom Gabelman told WCPO that the county is considering multiple sites for the project, though planning documents show a location south of Paul Brown Stadium. The moves toward the concert venue come as The Banks experiences some setbacks, having lost seven restaurant and bar tenants in the past few years. The concert venue could draw as many as 350,000 people a year, boosting foot traffic in the area.

• Former Cincinnati Veterans Affairs Medical Center head Barbara Temeck was found guilty yesterday on one count of illegally prescribing painkillers to the wife of her former boss. That might not stick, however — U.S. District Judge Michael Barrett could dismiss the charge. Barrett is waiting on arguments from both prosecutors and Temeck’s attorneys over whether there was conclusive expert testimony during the trial to prove the former VA head overstepped the bounds of her permitted medical duties. Temeck was charged with distributing hydrocodone and valium. She faced up to 10 years in prison and a $500,000 fine for the former and 5 years in prison and a $250,000 fine on the latter.

• A year after cold-weather performance issues surfaced with Cincinnati’s streetcar, those malfunctions continue to occur, according to this Business Courier story. Those problems, related to compressors on the rail transit system, emerged again during the city’s recent spate of single-digit temperatures.

• Ready for the yearly news story about how Cincinnati is one of the worst cities in the nation when it comes to bedbugs? Here it is. We’re number six!

• Yesterday we told you about an independent recreational team made up of Kings Mills high schoolers who were suspended from their Cincinnati Premier Youth Basketball League for wearing jerseys with racial slurs on them. Now, an opposing coach from a previous game this season says he tried to confront the team about those jerseys and was laughed at by the players. Milford coach Jason DiTullio says he took photos of the team’s jerseys and intended to report them to the league, but forgot to do so during the holidays.

“They just laughed,” DiTullio told The Cincinnati Enquirer about his confrontation with the students. “They thought it was a funny joke.”

• Local politics watchers hoping for a wild Senate campaign will be somewhat disappointed this morning to learn that Butler County Sheriff Richard K. Jones will not, in fact, throw his hat in the ring to oppose Democrat U.S. Sen. Sherrod Brown this year. The GOP is scrambling now to replace Ohio Treasurer Josh Mandel before Ohio’s Feb. 7 filing deadline, and Jones' name has been floated as a possible pick. Mandel, the frontrunner in the Republican primary for the Senate nomination, dropped out, citing an ongoing health issue his wife is facing. Jones has landed national headlines with his controversial comments regarding immigration, including a threat to bill Mexico for undocumented immigrants held in the Butler County jail. The sheriff says he already has his dream job and can do more to affect policy as one of the top elected officials in Butler County.

• Yesterday we told you that we had one more Democrat gubernatorial contender in former U.S. Rep. Dennis Kucinich. Today we have one less, as former U.S. Rep. Betty Sutton steps down from her own bid to become former Consumer Financial Protection Bureau head Richard Cordray’s running mate. Cordray’s team also considered Dayton Mayor Nan Whaley, another primary contender, Democrats say. Cordray is not the only one making the big announcement today. Republican gubernatorial contender Lt. Gov. Mary Taylor today will announce that former Procter & Gamble executive Nathan Estruth will be her running mate.

• A U.S. District Court judge has temporarily blocked efforts by the Trump administration to end protections for undocumented immigrants brought to the United States as minors. Trump’s executive order in September seeking to wind down DACA, the Obama-era policy that allows undocumented youth to stay in the country legally, would take effect in March this year unless Congress can work out an agreement on immigration reform. That has caused protest and organizing efforts from DACA recipients and their advocates locally and across the country. In the meantime, a number of entities, including the state of California, have sued the federal government to prevent the end of DACA. The district court’s ruling yesterday keeps DACA in place as those lawsuits go through the courts.