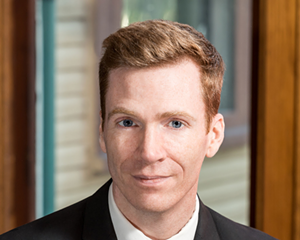 It’s no surprise that Michael Nye has a soft spot for Cincinnati — it’s where he was born and raised, where his interest in basketball and books emerged as twin loves. Nye’s recently published debut novel, All the Castles Burned, draws heavily from his Queen City childhood, an era just before cell phones became ubiquitous and the internet changed our world forever.

The book’s semi-autobiographical narrative is based on the prep school experiences of Nye’s own early 1990s youth and centers on Owen Webb, a freshman basketball star in the making who is dealing with an increasingly complicated home life marked by his father’s violent outbursts and unexpected legal trouble. He is also navigating a new friendship with teammate Carson Bly, a charismatic upperclassman who is the product of a “blue blood” East Side family with issues of its own.

Specific Cincinnati references abound — from the Ohio River and Frisch’s Big Boy to cicadas and the region’s distinctive seasonal changes — but it’s the book’s universal themes that hit home emotionally, from first loves and the unique bonding rituals of adolescent males to the ways in which we deal with complex family, class and community dynamics.

All the Castles Burned is a coming-of-age novel that also doubles as an uncommonly convincing sports story. Nye’s immersive first-person passages deftly relay what it’s like to see through Owen’s eyes while simultaneously conveying the physical nuances that make basketball such a unique combination of skill, mental acuity and athleticism.

CityBeat recently connected with Nye — who currently resides with his wife Columbus, Ohio — to discuss everything from how his own father impacted the narrative of All the Castles Burned to the future of an art form — the novel — he believes is as vital as ever.

CityBeat: One of the unique aspects of the book is that it is set just before cell phones and the internet became ubiquitous, which obviously influence the story in a way much different than if it was set only a few years later. What was it like for you to go back to a less connected era?

Michael Nye: When thinking about this book and thinking about what I wanted to say about male friendship and gun violence, it was important for me to set this book pre-Columbine. I wanted this to have the weight that it did for Owen in the book and for a reader back when these mass shootings, these acts of violence, happened. They weren’t necessarily less frequent but they still had the ability to shock and stun us because they were talked about and covered less frequently. I wanted to make sure that it was set in the 1990s where the power of some of the violence that happens in this book could still really surprise us.

By choosing to set it in the ’90s, of course then cell phones are eliminated. I think it’s really important for a character like Owen to experience a sense of brooding. When you can look up somebody right away on your phone or Google somebody immediately — Google wasn’t even a word 25 years ago — there is no sense of mystery about another person, there’s no sense of being able to have a private self, a hidden self. So much of what happens in this book is Owen trying to figure out not only who he is but also who his father is and who Carson is. By having to make phone calls and by having to use a land line, by having to use answering machines and by having to sit and wait, it creates this really wonderful tension in the book because there is that sense of anticipation, mystery and just not having enough information to make a decision. I hope that’s something that comes across in this book and makes the story resonate.

CB: There are a lot of local references in the book, as well as references to cultural touchstones of the period in which it’s set. Were you concerned that non-Cincinnati readers wouldn’t get some of the more specific references? How did you go about balancing that aspect of the book?

MN: It’s important to be true to the era. Coming off the question about cell phones and technology, there’s not even a language for those boys to talk about what they don’t have. I wanted to make sure that the era felt right, and so there are general references throughout the book, like with Apple 2c computers or cassette tapes or when CDs first became a thing, that are certainly of interest to the characters and are treated with a certain amount of awe, but beyond that I never wanted to make too much of them. I’m always very careful about putting too many pop and cultural references in books because you don’t want that to do all the work for a reader. If you say that you’ve got a character that looks like Babe Ruth, you’re not really putting the right image in the reader’s mind, you’re being a little bit lazy as a writer. I wanted the references in the book to be accurate to the time and era but I was always careful to not be too heavy handed.

With Cincinnati, I often think of this book as a love letter to my hometown. I wanted to make sure that the details are accurate to the era without hammering anybody too hard on it. For instance, there is a difference between the East and West sides of Cincinnati, but you don’t spend too much time talking about it; you just live it, you’re just aware of it. So, the references in the book — for instance, I used the Ronald Reagan Cross County Highway instead of whatever the interstate number is — are true to the characters and the era they live in, and I wanted to make sure I respected that. 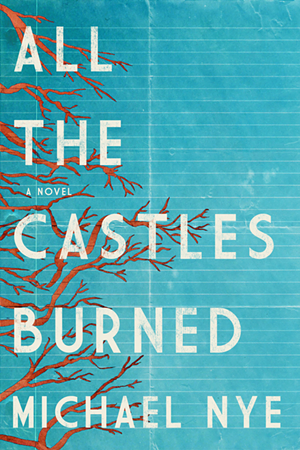 CB: You’ve talked about the father in the book being based on your own father and your own situation. Were you hesitant at all in delving into something so personal? How did you go about tackling that topic in the book?

MN: I guess my standard answer at this point is that 25 percent of the book is non-fiction and 75 percent is fiction, but I honestly don’t know. That line blurs quite a bit. I realize that in one way or another I have been writing about my father and his story ever since I took a creative writing class at Ohio State 20 years ago. The part of this book that is really directly based on my life is the storyline with Owen’s father. My father was a chemical technician at Procter & Gamble who was living a double life as a thief, unknown to my family completely until he was arrested, charged and convicted in the early ’90s. Sure, I felt some hesitancy writing about that. It was an embarrassment to my family, my mom in particular. It’s something that I think as a writer you try to work out over the years: What do I want to say about this? How do I articulate this? How do I protect my family? I’ve had conversations with my mother about this. I didn’t really seek permission to write this book but I’m cognizant about how our storyline can tear fresh wounds open for us.

CB: You spend a lot of time describing the physicality of the characters. Why were you interested in delving so deeply into that aspect of their lives?

MN: I think it comes from where the book ends up, which I certainly don’t want to ruin it for readers, but with a story that’s told in the first-person there’s always the sense the character had survived the events that he or she is talking about. So, Owen is both trying to explain his life to himself but is also trying to justify his life, which is what I think a really great first-person novel does. He’s talking about an era in his life where he’s gone through puberty, where he develops a sense of self through playing a game, through athletics, which I think a lot of teenage boys do, and so his memory of those moments in his life become enhanced.

CB: You are obviously committed to the written word and fiction in particular, but it seems novels have less of a presence in our fast-paced contemporary culture than ever. What place do you see the novel having in our culture going forward?

MN: Boy, that is a big question. It’s tough. It’s funny, the television show that is widely considered the best ever, The Wire, has often been compared to the novel, has often been thought of as novelistic and Dickensian, so I think the sense is that the novel continues to grasp the American readership’s imagination. It’s true that the general public is not consumed by one book, even though there are books that become hits. Yeah, the general reading public doesn’t read as much they used to. There is not kind of one American culture anymore that we all wrap our hearts and minds around. But I think the novel and literature are in a wonderful place.

With the cost of printing, publishing and marketing coming down, it’s really easy for publishers to set up shop and start publishing a really diverse range of writers of race, gender, ethnicity and style who have fantastic stories to tell. So, while it may be more difficult for the general public to find the novel that is going to be put in The New York Times or on the cover of Time magazine, for a reader it’s Thanksgiving. There is a cornucopia of fantastic stuff for us to read. We just have to do a little bit of work to find it.

CB: Finally, how do you think growing up in the Midwest, and specifically in Cincinnati, has impacted your writing?

MN: Specific to my household, my parents were both readers, and so I’ve always had a lot of interest from a very young age. In Cincinnati and now living in Columbus, and even when I lived in Columbia, Mo., I found libraries are really dynamic places that encourage a lot of thought, a lot of exploration, kind of a sense of play and discovering books and getting the chance to read as widely as possible. I think that’s reflective of the Midwest — we really value public institutions that are for the public good.

The other wonderful thing about the Midwest is that I feel like that we’re supportive of each other. We’re respectful of ideas that are different or opposed to our own. We’re polite. We’re supportive. And then finally, as a writer, because we are not as outwardly expressive as people are on the coasts, you have characters that have rich inner lives, whose outward appearances are different from their interior lives. That always makes for the stuff of great fiction. As a reader, as a citizen, as a writer, I feel like there is not a better part of the country to be in.