Two minors are charged with dislodging the tree branch that fell and killed a visitor to the park last month. 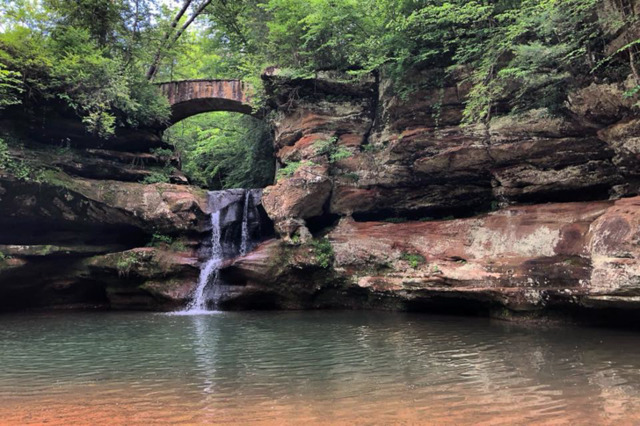 The Ohio Department of Natural Resources says it has arrested two teens in connection with a Sept. 2 death at Hocking Hills State Park.

The 16- and 17-year-old boys from the town of Logan, Ohio in Hocking County are accused of allegedly dislodging the tree branch that fell on and killed 44-year-old Victoria Schafer. Both face juvenile counts of reckless homicide and are being held in a youth detention center in Lancaster.

Schafer, from Chillicothe, was a mother of four and a photographer. She was on a set of stairs near a popular park attraction called Old Man's Cave when the section of the tree branch hit her. First responders pronounced her dead at the scene.