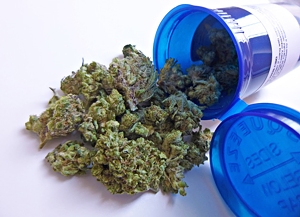 Good morning, all. Let’s talk news for a minute.

Cincinnati City Council’s Law and Public Safety Committee this morning will hear a report about the death of Kyle Plush from Cincinnati Police Chief Eliot Isaac. That report was delayed after Hamilton County Prosecutor Joe Deters served the city with a subpoena. Plush died after becoming trapped under the third-row bench seat of his Honda minivan. He called 911 twice, but first responders did not find him. The committee meeting began at 9 a.m.

• A group of activists and West End residents opposed to FC Cincinnati’s potential stadium in the West End of Cincinnati want to create a ballot referendum so that voters would have the final say on $35 million in city funds for infrastructure should the team build in the neighborhood. But the city says that’s not possible because the ordinance approving the infrastructure spending was passed as an emergency and isn’t subject to referendum. You can read our story about the potential battle here.

• Meanwhile, representatives from the West End, FCC and the city met Saturday to try and hammer out a community benefits agreement beyond the one that West End Community Council President Keith Blake signed with the team last month. The community council’s general body didn’t ratify that agreement, and began impeachment proceedings against Blake soon after.

Saturday’s meeting didn’t result in any movement on a CBA, according to a statement released by the team. That statement says that representatives for the West End couldn’t come to a consensus about requests to put in a CBA and spent most of the meeting caucusing among themselves.

Sources party to the negotiations say that FC Cincinnati, which is paying for an attorney to represent resident groups, didn’t approve that attorney until Friday evening. West End representatives have asked for a new attorney to replace John Curp, the FCC-picked attorney who worked on Blake’s CBA. Curp works for Keating Muething & Klekamp, the firm that represents FC Cincinnati, and West End representatives believe that creates a conflict of interest. The neighborhood groups’ new attorney, Kristen Myer, met with them for the first time at Saturday’s meeting, according to some meeting attendees.

In its statement, FCC urged Cincinnati City Council to approve the version of the CBA it signed with Blake. A council committee today will consider approving that CBA after Mayor John Cranley introduced it last week. Another meeting is scheduled between the team, the city and neighborhood representatives at 8 a.m. May 16.

• Busy Hamilton Avenue could be reduced to two lanes through Northside 24 hours a day, at least on a trial basis, according to a memo from acting Cincinnati City Manager Patrick Duhaney released last week. That memo details a plan that would allow parking in the rightmost lanes on both sides of the road at all times in an effort to increase safety for pedestrians and motorists in the neighborhood’s bustling business district. The Northside Community Council has been advocating for that change — among others — for years, especially after some high-profile pedestrian accidents there, including one that led to the death of business owner Sarah Cole.

• A lawsuit from entrepreneurs who unsuccessfully applied to become high-level medicinal marijuana growers could stall part of the rollout for the state’s legal weed program. An Ohio judge today will hear final arguments in that suit, which is seeking a series of hearings to review the process by which the state picked the 12 companies that would become high-tier marijuana producers. Fifty-three of the companies that unsuccessfully applied for those spots want those hearings, especially after the state admitted to a scoring error when assessing applications. Ohio ReLeaf, one of the unsuccessful applicants owned by a major national marijuana cultivator, wants the state to keep the 12 successful businesses from growing marijuana until those hearings are completed. If successful, that move could delay the state’s medicinal marijuana industry, which is expected to go live Sept. 8. Twelve smaller growers also selected by the state would not be affected by the lawsuit, but it will be difficult for those lower-capacity growers to produce enough marijuana to satisfy expected demand.

• Finally, the nation's oldest-known person lives in Ohio, according to the Associated Press. Lessie Brown is 113 and lives in the suburbs of Cleveland. Brown became America's most senior living citizen after Virginia's Delphine Gibson passed away at 114 last week. Brown's family credits her longevity to the fact she's eaten a yam every day. Yams are delicious, so I'm going to try that. Brown's reaction when told she's the oldest person in America: "That's good." When you've been around that long, it takes a lot to impress you.