One person was killed and 16 wounded after gunfire erupted at Cameo nightclub in the city’s East End early Sunday. Law enforcement officials say the attack isn’t terror-related and that an argument sparked the shooting by multiple gunmen. 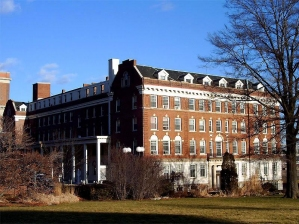 Good morning all. Here’s today’s news for you.

Cincinnati was the scene of the nation’s largest mass shooting yet in 2017 early Sunday morning. One person was killed and 16 wounded after gunfire erupted at Cameo nightclub in the city’s East End. Law enforcement officials say the attack isn’t terror-related and that an argument sparked the shooting, which seems to have involved multiple gunmen. More than 200 people were in the cavernous club when the shots rang out about 1:30 a.m. Police have identified O’Bryan Spikes, 27, as the sole fatality so far in the shooting. Two other victims were still in critical condition this morning at area hospitals. Another shooting happened at the club on New Year’s Day in 2015, and a person was shot in the club’s parking lot in September of that year. City officials, including Mayor John Cranley, Police Chief Eliot Isaac, Councilwoman and mayoral candidate Yvette Simpson and others have weighed in with praise for the Cincinnati Police Department and calls for witnesses to come forward. Cincinnati City Council’s Law and Public Safety Committee meeting heard the latest update on the shooting investigation this morning at 10 a.m.

“I want to continue to encourage people to call and come forward,” Isaac said at that meeting. “There’s still much work to be done. I can say the investigation is still progressing. There are a number of things we’re still trying to work out.”

• Will the Cameo shooting lead to retribution and an increase in shootings in Cincinnati? Local community leaders and city officials aren’t sure. Rev. Peterson Mingo, a prominent anti-violence activist, says he and others working to reduce violence in Cincinnati’s neighborhoods are fanning out to talk to community members and try to prevent further violence. Multiple people have come forward with tips, Mingo says, and naming names about those who could be involved. Law enforcement officials, however, are worried about repeats of past shootings, which sparked a “spiral” of violence, as friends and families of victims sought revenge. According to those officials, a single shooting in Over-the-Rhine in 2015 led to a dozen more shootings that year.

• Mayor John Cranley says a city budget deficit won’t trigger harsh budget cuts, despite a memo from City Manager Harry Black suggesting most departments should prepare for a 10 percent reduction in spending next year. The city is facing a $25 million budget shortfall, mostly due to lower-than-expected tax revenues, but Cranley told the Cincinnati Business Courier that the picture isn’t as gloomy as it seems. That makes sense — Cranley is running for re-election and has hung his hat on robust funding for basic city services and promising balanced budgets. Take a look at what he had to say here.

• An old lawsuit sparked by the controversy around the relocation of the Anna Louise Inn will get a new hearing soon. Late last week, the federal 6th Circuit Court of Appeals in Cincinnati overturned a lower court ruling dismissing a suit by Gail Linkletter against Western & Southern Financial Group, meaning she will get another shot at making her case against the insurance giant. Linkletter, a former Western & Southern employee who took a gig with a different company, says W&S offered her another job in 2014. But the company pulled that offer after finding out that Linkletter had signed a petition supporting the Anna Louise Inn, a women’s shelter that W&S sought to buy in 2008. That attempt led to a lawsuit between Cincinnati Union Bethel, which runs Anna Louise Inn, and the insurance company. That battle was settled in 2013, when CUB agreed to let the Inn be relocated to Mount Auburn. W&S says it’s within its rights to rescind a job offer after finding out that Linkletter, who was on track to become a senior communications specialist, had advocated against its interests. Judge Timothy Black granted a W&S motion to dismiss Linkleetter’s suit in Feb. 2016, but the three-judge 6th Circuit panel disagrees and says that Linkletter’s claim, which hinges on federal Fair Housing Act, is plausible and should be heard in court.

• Northern Kentucky Republicans are calling for the resignation of a state attorney after explosive revelations about an affair she had with a detective investigating a case she was prosecuting. Linda Tally Smith was having an affair with detective Bruce McVay, who was leading an investigation into murder charges against janitor David Dooley in the 2012 death of Michelle Mockbee. Tally Smith was prosecuting Dooley’s case. She says despite the revelations about her romantic relationship with McVay, which began after Dooley’s trial, there was no improper collusion between the two and that all the details of her side of the story has yet to emerge. Tally Smith says she was unaware of a video showing an unknown man at the scene of the crime before Mockbee’s murder. McVay, however, says he showed Tally Smith that video. Politicians like Boone County GOP Chair Josh Walton say that’s compromised Tally-Smith’s credibility beyond repair.

• Franklin County is now the most populous county in Ohio, according to new data from the U.S. Census Bureau released late last week. The county, which contains state capital Columbus, has overtaken Cuyahoga County, which is home to Cleveland, for the first time. Franklin County had about 1,265,000 people in 2016 — more than Cuyahoga’s 1,249,000. That’s a big turnaround. In 2010, Cuyahoga County had 117,000 more people than Franklin County. A big loss by Cuyahoga — about 30,000 people — and a big gain by Franklin — more than 100,000 people — turned the tables. Hamilton County remains the third most populous county in the state, gaining about 6,800 residents since 2010. That’s the first time the county has gained population since the 1970 Census.

• Finally, last week Republicans in the U.S. House of Representatives jumped ship on an effort to repeal and replace former President Barack Obama’s Affordable Care Act. GOPers with the staunchly conservative Freedom Caucus, as well as more moderate Republicans, scuttled the legislation, forcing House Speaker Paul Ryan to pull the American Health Care Act before it could go up for a vote. Ryan has said that efforts to repeal the ACA are dead for now, and President Donald Trump, who campaigned on promises to repeal Obamacare, says his focus is moving toward tax reform — another very thorny policy area.