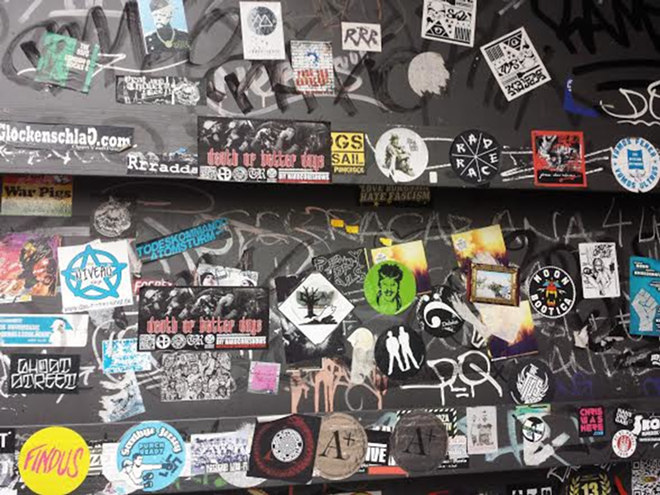 Let’s take a moment to talk about Rock venues in the States, shall we? In my mind, there are two distinct types: you either have the nice, well-kept venues that often lack a certain spark that make them truly special or the dives that feel like a Punk Rock haven but smell like a dirty sock filled with cheese. You have to choose between fantastic atmosphere or a bathroom that’s actually been cleaned since The Sex Pistols were the next big thing.

Well, my friends, it seems that you can get the best out of both worlds; you just have to hop the pond and check out European venues. On this trip, I’ve been in an underground hall converted into a bar, a warehouse covered in graffiti and stickers, a youth center filled with murals slapped in the middle of a small town (and next to a church) and a venue in Berlin filled with so many weird and wonderful knick-knacks, I can’t wait to get home and start redecorating a little bit. I wanted to share some pictures and highlights of what we’ve seen so far.

The venue in Freiburg was called The White Rabbit and it was located underground, down several flights of stairs. The entrance was narrow but opened up to a large, cylindrical structure. We guessed that it was used as a bomb shelter or wine storage but the real origin was even more intriguing. It was originally the town’s coal chamber; the building above it had been leveled during the war and had been rebuilt.

Hamburg’s venue was the most surprising so far. As a Metal kid through and through, the graffiti and sticker-laden walls of Hafenklang instantly appealed to me. It had an industrial air about it and it felt just dirty enough. The wall adornments actually gave the place an artistic element. Somehow, hundreds — if not thousands — of taggers managed to create a cohesive composition worthy of any modern art museum. 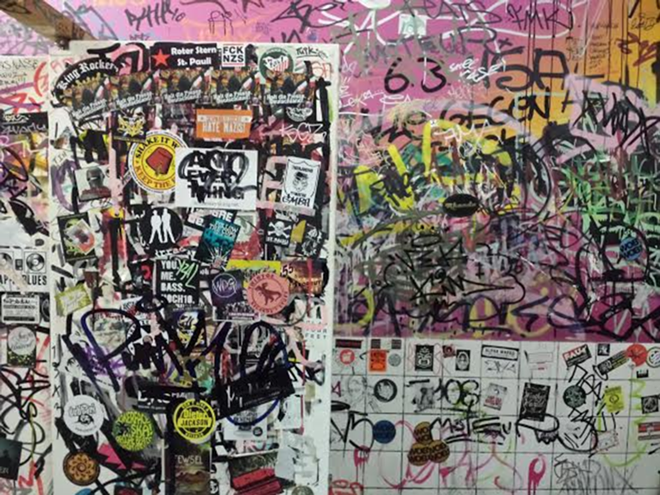 Berlin has the honor of housing my favorite club yet. The Bassy Club was full of odd and awesome artifacts. I’m a big fan of weird decorations and this place was absolutely chock full of them. When we walked in, we all went into full tourist mode and started snapping pictures left and right. I now fully intend on finding a cow skull and making him a new light fixture when I make it back to the states. 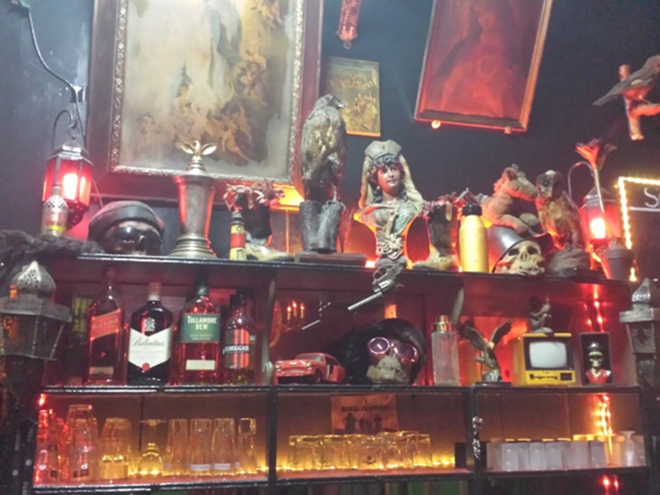 Special kudos goes to Berlin for being an awesome city. We got a few hours to roam around and we ran into some sort of festival and found an awesome “Horror Rock Bar” called Last Cathedral. Sadly, it wasn’t open when we were walking around, so Nick and I had to resort to pulling an Immortal pose in front. 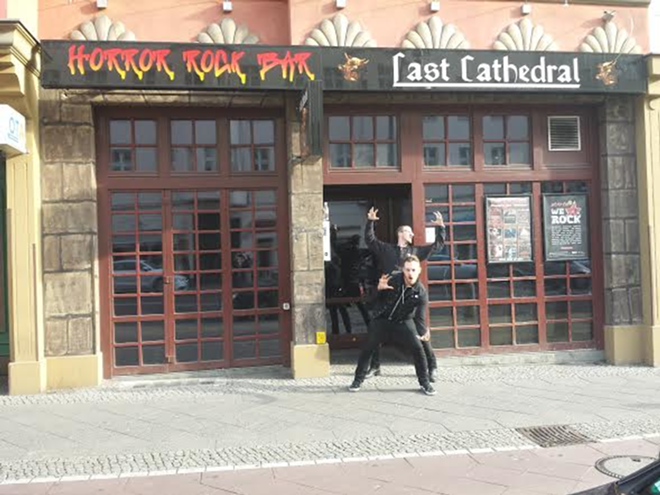 CityBeat contributor Nick Grever is currently traveling Europe on tour with Cincinnati Rock band Valley of the Sun. He will be blogging for citybeat.com regularly about the experience.