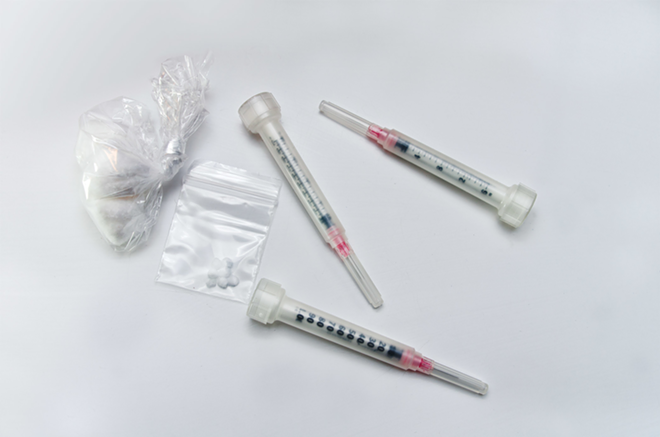 Northside Community Council voted July 21 to allow a needle exchange program in the neighborhood. The effort, run by the Cincinnati Exchange Program, will start sometime in August and operate from a van one day a week for three hours at a time. Planned Parenthood will also participate, providing testing services for diseases like HIV and hepatitis.

Exchanges, which aim to cut down the transmission of those diseases among intravenous drug users, have been controversial in the city. A similar effort in Springdale earlier this year was shut down after just a few weeks due to outcry from some in the community. But the community council in Northside thinks the program is worth it.

“The community has been doing its due diligence as to how the program would work and what the repercussions are, and decided the health benefits definitely outweigh any consequences,” said Northside Community Council President Ollie Kroner. “Northside wants to be part of the solution to the heroin epidemic.”

A 2012 study by the U.S. National Library of Medicine found that needle exchange programs can greatly reduce the number used syringes found littering streets. And a 2004 study by the World Health Organization found that exchanges do not increase the rate of heroin use in areas where they are undertaken.

Heroin addiction has been rising steadily in Ohio in the past five years. 2012 Ohio Department of Health data shows that 159 people in Hamilton County died from heroin overdoses, a 6 percent increase over the year before. Experts trace the epidemic to an increase in the availability of prescription opiates in the last decade. As Ohio has cracked down on those drugs, addicts turn to other, similar drugs to experience the same high. The most popular by far is heroin.

Local organizations, including Northside-based Caracole work hard to fight heroin addiction and prevent overdoses. But as heroin use increases, needles infected with various blood-borne diseases including HIV and hepatitis are a serious concern. Hepatitis C in particular has been increasing among intravenous drug users in the area. Needle exchanges allow a person to exchange a used needle for a new, sterile one, so they at least won’t catch deadly diseases associated with intravenous drug use. The exchanges also cut down on the level of needle litter, meaning less risk of exposure for community members who aren’t using.

Opponents say exchanges encourage heroin use, but supporters of the programs say the availability of clean needles alone won’t sway a person to take or not take the incredibly addictive drug.

Kroner said the effort is a six-month pilot program to demonstrate the benefits of needle exchanges. Though some in the community have expressed concerns that the exchange will create a perception that Northside has a heroin issue, Kroner emphasized that the program isn’t a response to any specific drug problem in the community.

“What we’re really hoping is that Northside can show that this kind of program can work in other communities,” Kroner said.