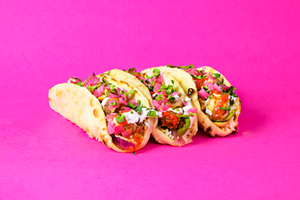 Taco Tuesday is taking over the whole dang week during CityBeat’s Cincinnati Taco Week, seven days of $2 tacos from area eateries and taquerias including B&A Street Kitchen, Injoy, Lalo, Lucius Q, Slatts Pub, Taqueria Mercado, Tin Man Grill Food Truck and Veracruz Mexican Grill. Each location will be serving a special (or several special) Taco Week tacos like Injoy’s Chicken Tikka Taco or Lucius Q’s Smokin’ Taco with pork shoulder. These creative and/or classic options (some are even available to go) will frequently be complemented by a Hornitos tequila special. Check with each restaurant and make sure to print out a Taco Week passport; get your passport stamped at three or more restaurants and you’ll be entered to win a gift card. Through Oct. 14. Get more info at cincytacoweek.com.

D.C. Benny, born Ben Wartofsky, takes his professional name from, you guessed it, his hometown of Washington, D.C. His comedy career began at a talent show at the University of Maryland. The crowd found his impressions of his professors hilarious and he wound up pursuing stand-up full-time. He was never really a road comic, winding up in New York where he began to get steady work, including gigs outside of stand-up. “I did stand-up first. And then while I was doing that, commercials fell into my lap,” he says. “I booked a lot of national commercials and that allowed me to stay of the road.” TV and movie roles followed, but he still considers himself to be a stand-up comic first. He performs primarily in New York, but still manages to hit the road occasionally. The very hilarious Jay Armstrong from Covington will feature for Benny this week in Cincinnati. Through Sunday. $8-$14. Go Bananas, 8410 Market Place Lane, Montgomery, gobananascomedy.com.

FILM: Cinema in the Cemetery: Nightmare Before Christmas

The biggest debate of modern history: Is Tim Burton’s Nightmare Before Christmas meant to be viewed in December or October? This local event is taking a stand. Catch the stop-motion classic that inspired a league of mid-2000s emo kids before Halloween has arrived. To add to the ambiance and spooky vibes, this screening will take place at the Linden Grove Cemetery. Curl up as Halloweentown’s pumpkin king, Jack Skellington, plots to steal Christmas. Food and drinks will be available, but you can opt to pack a picnic. 7:30-9:30 p.m. Friday. Free. Linden Grove Cemetery, 401 W. 13th St., Covington, Ky., historiclindengrove.org.

Music Hall is rumored to be one of the most haunted buildings in America. Between the stories of ghosts being seen in the elevator to strange noises being heard by employees, there are plenty of spooky stories to tell here this Halloween season. And the Cincinnati Pops is getting in on the action with Haunted Hall, a selection of “orchestral blockbusters” like The Sorcerer’s Apprentice, the suite from Psycho and Danse Macabre. Come celebrate Halloween early with this spirited performance in an allegedly haunted hall. On Friday and Saturday, head to the Corbett Tower after the concert to be regaled with haunted tales and grab a boozy bourbon cider from mixologist Molly Wellmann. 8:30 p.m. Friday and Saturday; 2 p.m. Sunday. $25-$101 adults; $15 children. Music Hall, 1241 Elm St., Over-the-Rhine, cincinnatisymphony.org.

Nothing says fun like fermentation! The 49th-annual Ohio Sauerkraut Festival in Waynesville features more than 460 craft vendors from over 25 states and a whole lot of cabbage. Started in 1970, the first fest served 528 pounds of sauerkraut to about 1,500 guests. Today, guests — of which there are approximately 350,000 — eat more than 7 tons of kraut. Dine on dishes ranging from sauerkraut pizza and German sundaes (mashed potatoes topped with kraut) to Polish cabbage soup and sauerkraut donuts. 9 a.m.-8 p.m. Saturday; 9 a.m.-6 p.m. Sunday. Free admission. Downtown Waynesville, sauerkrautfestival.waynesvilleohio.com.

October equals kilt weather so don your best Celtic duds and head to Summit Park in Blue Ash for the annual Cincinnati Celtic Festival. This weekend-long celebration, presented by the Friendly Sons of St. Patrick Foundation, features live Irish music all weekend — including a handful of pipes and drum bands — plus food, beer and games like a haggis toss and a Bonnie Knee contest to see which man in a kilt has the most attractive knees. The opening ceremony kicks off the events at noon on Saturday, with an Irish brunch at Brown Dog Café from 8:30 a.m.-noon Sunday and a 10 a.m. mass. Noon Saturday; 10 a.m. mass Sunday. Free admission. Summit Park, 4335 Glendale Milford Road, Blue Ash, cincinnaticelticfest.com.

Coney Island is here for all your family-friendly fall needs during Fall-O-Ween. For the next three weekends, you can bring the kids down for hayrides, a pumpkin toss, Trick or Treat trail, roasted s’mores at the Yogi Bear Campsite and more. For an additional charge, little ones can ride a pony or sign-up to pick their own pumpkin and decorate it with provided paint and craft supplies. New to Fall-O-Ween this year is a number of inflatables set up throughout the park for children to slide and bounce through. Costumes are encouraged. 11 a.m.-6 p.m. Saturday and Sundays through Oct. 21. $11; $5 parking. Coney Island, 6201 Kellogg Ave., California, coneyislandpark.com. 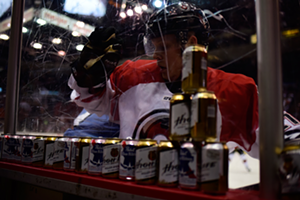 The Cincinnati Cyclones kick of the 2018-19 hockey season by facing off on the ice against the Fort Wayne Komets. And while hockey is exciting — Ice! Sticks! Pucks! Fights! — the $1 hotdog and beer deals on opening night are also exciting. Get several beers and several dogs while watching these dudes duke it out for hockey supremacy. If you’re feeling wild, add a ride on the Chick-fil-A Fan Zam(boni) . This custom Zamboni takes a limited number of fans on a spin around the ice during intermission. 6:30 p.m. doors; 7:30 p.m. puck drop Saturday. $17 preferred; $29.50 day-of front row. U.S. Bank Area, 100 Broadway, Downtown, cycloneshockey.com.

After a hiatus, the Downtown Tour of Living is returning in October to show off some of the many apartments and condos in the booming central city. Presented by Downtown Cincinnati Inc. and Switch Collection, it will offer a self-guided, walkable tour of the brand-new Crane Factory Flats, formerly the Cincinnati Board of Elections headquarters, as well as visits to AT580, ENCORE Urban Living, Renaissance at the Power Building, Seven at Broadway, Eight One Three Broadway, East Eight Lofts, Shillito Lofts, The Reserve, Sycamore Place and more. Noon-5 p.m. Saturday. $10 advance; $15 day of. downtowncincinnati.com.

Accio beer! Whether you’re a muggle, wizard or Ron Weasley, break out your wand and get ready to drink your way through downtown and OTR. Tickets include a wand and wand box, Hogwarts house certificate, a costume competition, house-colored wristband for sorting, special photo ops, themed drinks and potions at each location and more. Crawl includes stops at 16-Bit, MOTR, HalfCut, The Rook, Japp’s and more. 2-10 p.m. Saturday. $25; $40 VIP (includes T-shirt). 16-Bit Bar+Arcade, 1331 Walnut St.,Over-the-Rhine, facebook.com/16BitBar. Steven Page, former co-frontperson for the hit-making Canadian group Barenaked Ladies, is back on the road and coming to Newport this weekend. In 2009, Page left the long-running band he co-founded. Barenaked Ladies have continued without him (the Ladies joined Better Than Ezra and KT Tunstall for a 2018 summer tour that came to PNC Pavilion) as he’s pursued a solo career, but he rejoined the group earlier this year for their induction into the Canadian Music Hall of Fame at the Juno Awards. Last month, Page released his latest solo album, Discipline: Heal Thyself, Pt. II. Page (performing with a trio) will be joined at the show by opener Wesley Stace, who made a name for himself as John Wesley Harding, releasing 17 critically-acclaimed albums. In 2013, Stace released the Self-Titled album on Yep Roc under his given name. 8 p.m. Sunday. $22; $25 day of show. Southgate House Revival, 111 E. Sixth St., Newport, Ky., southgatehouse.com.