Cincinnati Symphony Orchestra Performs 'You Have The Right To Remain Silent,' a Concerto That Explores Social Justice

The CSO will perform composer Anthony Davis’ "You Have The Right To Remain Silent" — for orchestra, clarinet and Kurzweil processor (a keyboard synth) — during Nov. 21’s livestream from Music Hall

The opening words of what is known as the Miranda warning — what the police use to notify those being arrested of their rights — might seem a bizarre inspiration for a composer, but for Anthony Davis, it made perfect sense.

Social justice and racial conflict are at the heart of many of Davis’ wide-ranging compositions for orchestra, chamber ensembles, piano, theater (he wrote the score for the Broadway production of Tony Kushner’s Angels in America) and especially in his operas.

Last May, Davis won the Pulitzer Prize for his fifth opera, The Central Park Five, a musical recounting of the five Black and Latino teenagers unjustly imprisoned for the rape of a white woman in New York’s Central Park.

The Cincinnati Symphony Orchestra is performing Davis’ You Have The Right To Remain Silent — a four-movement concerto for orchestra, clarinet and Kurzweil processor (a keyboard synth) — during Nov. 21’s livestream from Music Hall. Acclaimed clarinetist Anthony McGill is the soloist, along with Davis’ longtime collaborator Earl Howard on the Kurzweil.

Silent debuted at the Miller Theater in 2007 and the CSO is the first major orchestra to perform it.

Shy and soft-spoken, Davis says when the Miller Theater in New York commissioned Silent in 2006, he had to trick himself into writing an orchestral piece. “I was so into opera at the time,” he says. But he found a way into the work through TV cop shows, where reading the Miranda rights was always part of the script.

Davis was also inspired by too many of his own incidents of Driving While Black. He recalls an episode when he was on his way to a gig in Boston with legendary Jazz composer and instrumentalist Anthony Braxton. 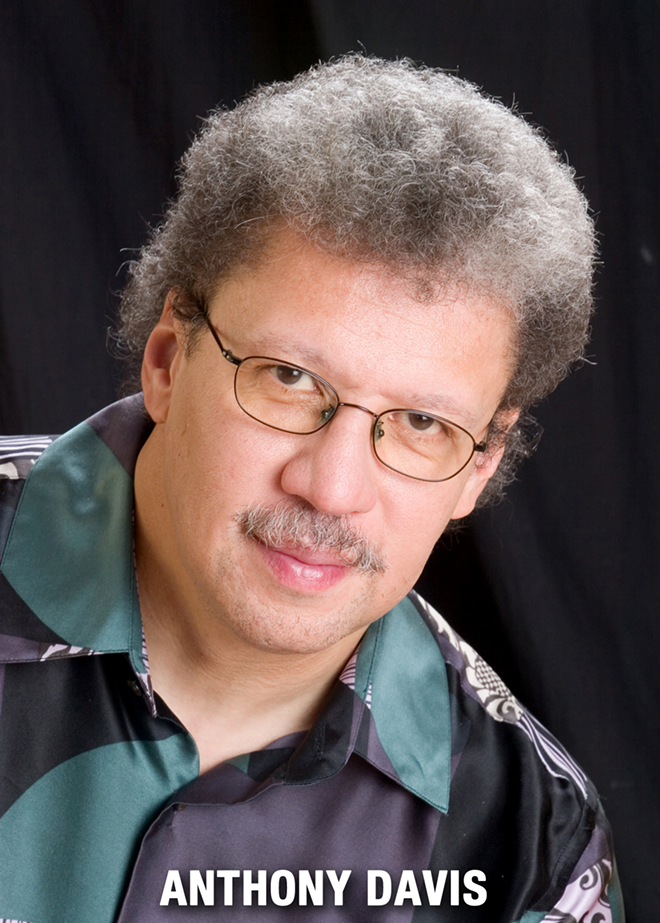 “I was stopped in Connecticut and held at gunpoint for 45 minutes. I matched the description of a man who robbed a bank in Hartford. I got no explanation and no apology. And I missed the gig,” he says ruefully, with no trace of anger.

The four movements in Silent are “Interrogation,” “Loss,” “Incarceration” and “The Dance of the Other.” Davis explains that the premise is that the orchestra is interrogating the clarinet, which responds in jumpy, agitated phrases with frequent pauses for improvisation. Orchestra members recite “You have the right to remain silent” in flat mechanical voices.

CSO music director Louis Langrée says that he felt an immediate visceral response to the score.

“The music was saying something bigger than the music,” he says.

McGill, principal clarinet of the New York Philharmonic and former CSO associate principal clarinet (also the recently named winner of the Avery Fisher Prize for Classical musicians), has been among the most visible artists responding to George Floyd’s murder.

The significant role of improvisation for clarinet, contra-alto clarinet and the Kurzweil processor is rooted in composer Davis’ career as a Jazz pianist and proponent of Free Jazz, a form grounded in improvisation. It presents unique hurdles for the soloist and the conductor.

“I’ve never done anything like that for a large stage piece,” McGill says, referring to the amount of improvisation. “In the duet with the Kurzweil, you’re interacting with yourself through the lens of a different instrument that’s also improvising on that sound.”

Langrée adds that the conductor has to be totally in-sync with McGill and Kurzweil player Howard. Unlike a Classical concerto, there’s no pause indicated for the orchestra before the improvisation begins.

Howard, an Electronic musician and composer, is a frequent collaborator with Davis and is the artist for whom Silent was written, along with clarinetist J.D. Parran.

Howard’s appearance with the CSO is mandated not only by his mastery of Electronic music but also by his thorough knowledge of Davis’ musical language. There is no written score for the processors because Howard is blind.

Both Davis and Howard praise the CSO and McGill’s musicianship and willingness to go all-out on improvising.

“(McGill) brings so much to the table,” Davis says. “It’s all about the ear, how you hear music, how intuitive you are in your choices.”

And he’s impressed with the CSO and Langrée’s leadership.

“This is typically American music, we are an American orchestra,” Langrée says. “They have no problem swinging phrases, passing from the most experimental music to Bernsteinesque jazzy moments, keeping the musical mother language.”

Davis’ extraordinary, powerful piece concludes with an off-kilter waltz trailing off into a sequence of descending phrases and then, the word “silent.”

“It’s about the future of American music and it’s exciting to see barriers breaking down between musical worlds,” Davis says.

The Cincinnati Symphony Orchestra streams You Have the Right to Remain Silent at 8 p.m. on Saturday, Nov. 21 for free. Watch on the CSO’s Facebook, YouTube and at cincinnatisymphony.org.