Some Ohio policy experts, business leaders and parents are calling on Congress to create permanent paid-leave policies that will support working families through the pandemic and beyond 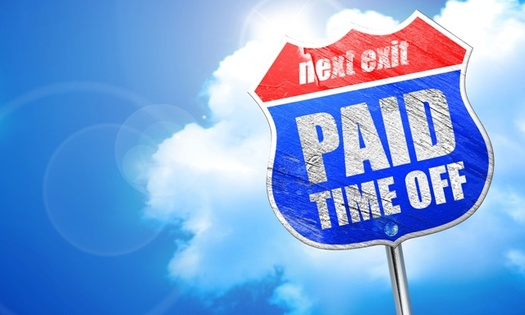 Photo: AdobeStock
The majority of American workers don't have paid time off from their employer.

Some Ohio policy experts, business leaders and parents are calling on Congress to create permanent paid-leave policies that will support working families through the pandemic and beyond.

During a virtual roundtable discussion about paid leave this week, Sen. Sherrod Brown (D-Ohio) said the COVID-19 crisis is called the "Great Revealer" because it is telling the world so much about our nation.

"About this country's racial disparities, about wealth inequality, about the holes in our safety net, about the challenges we face because we're fundamentally the only rich country in the world that provides the kinds of family benefits that our country should," Brown said.

Elizabeth Brown, executive director of the Ohio Women's Public Policy Network, contends the impact of the pandemic differs greatly depending on a person's income, gender or skin color.

She added far too many women are caught between the demands of their jobs and the needs of their families.

Jon Gromek, a father from Cleveland, said he started a new job before the birth of his second child and had no paid leave available.

He said it was a night-and-day difference from the birth of his first child, when he and his wife had accrued a combined nine months of paid time off.

"Just to be able to be present, especially with our firstborn when we were really figuring things out, was life-changing," Gromek said. "Just to have those memories and experiences and not be stressed when one of us was at work to always know that the other was there, that we didn't have to worry, was the biggest blessing I've ever had as a parent."

Dora Anim, chief operating officer for the Greater Cincinnati Foundation, noted paid-leave policies are a win-win for employers. She said workers perform their best when they know they are supported.

"When employees know their families are taken care of, when they are at peace, they bring their best to work and they are high performer," Anim said. "And most employers don't end up needing to use all these benefits; they just find comfort in knowing that they are available. And this impacts morale, culture and productivity."

According to the latest government data, 17% of civilian workers, 16% of private-industry workers and 25% of state and local government workers had access to paid leave in 2018.