Butler County Sheriff Richard Jones suggested the U.S. should use the same kind of very large bomb it dropped on Afghanistan on Mexican drug cartels in order to curb drug traffic flowing across the U.S. border. 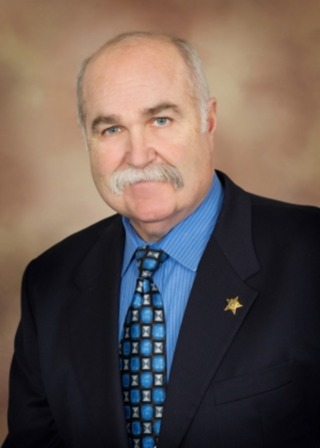 Hello all. Hope your Easter weekend was a good one. I took an epic 30-mile, six-brewery bike ride for CityBeat’s upcoming bike week issue. Stay tuned for the results. But that’s a bit down the road. Let’s talk news in the meantime.

Gun violence in Cincinnati has been one of the big issues in the mayoral primary race, especially after the horrific Cameo Nightclub shootout and an uptick in other gun incidents. Mayor John Cranley and Councilwoman Yvette Simpson have already weighed in with news conferences about their plans for addressing the violence, and former University of Cincinnati Board Chair Rob Richardson will do the same tomorrow at 10:30 a.m. Former city councilman and State Sen. Cecil Thomas will join Richardson during the event at Cameo, which has been shuttered after last month’s gun fight that killed two and wounded 15.

• Vice Mayor David Mann is holding a news conference this morning at a city-owned lot in East Price Hill to highlight the city’s efforts at litter abatement and to call for continued efforts to ramp up the city’s “Clean Cincinnati” program. You can see more information from City Manager Harry Black on the progress Clean Cincinnati litter and blight abatement efforts are making here.

• Cincinnati is gaining population, especially in the downtown area. But how does it stack up to other cities across the country in terms of density? Luckily, someone visualized that. An Austin-based company called Sparefoot created maps comparing various cities based on the number of people living in them per square mile, and Cincinnati’s comparisons are interesting. For instance, if Cincinnati, which has about 3,832 people per square mile, were as densely built as Manila in the Philippines, you could fit all 300,000 residents within three square miles. Cincinnati actually incorporates 78 square miles — much less dense. But if the city were as sprawling as Jacksonville, Florida, it would take 257 square miles to house the city’s residents. As you might expect, New York City, Chicago and San Francisco are all denser than Cincinnati — but a lot of other big cities across the country aren’t. Worth a look for all you amateur demography nerds out there like me.

• The deportation of a mother of four with a valid work visa who was living in Fairfield drew national attention last week. But it’s likely to be the new normal under the Trump administration, experts say. Maribel Trujillo has been in the United States without documentation since 2002, though she held a work visa that allowed her to stay in the country until July. She was apprehended by Immigration and Customs Enforcement agents outside her home earlier this month and will be deported this week, authorities say. Trujillo’s case won’t be the last like that, according to immigration researchers and attorneys who closely track immigration policy. Trujillo had no criminal record, but had twice been turned down for asylum.

• Meanwhile, Butler County Sheriff Richard Jones, a very outspoken critic of immigration into the U.S., last week took to Twitter with a pretty uhm, controversial proposal: drop bombs on Mexico. Jones suggested the U.S. should use the same kind of very large bomb it dropped on Afghanistan on Mexican drug cartels in order to curb drug traffic flowing across the U.S. border. Jones called for using the so-called Mother of All Bombs, or MOAB, against the cartels. That bomb is the largest conventional munition in the U.S. military's arsenal. Not surprisingly, many on Twitter were not fans of this suggestion.

• Ohio Treasurer Josh Mandel, a Republican, is gunning for U.S. Sen. Sherrod Brown’s seat in the 2018 Senate race. And he’s going to have some big-name, but unusual, help. Mandel has entered into a fundraising partnership with Freedom Works PAC, an outside, small-government group that has strong ties to the tea party movement. It’s uncommon for a political candidate to enter into such a fundraising deal with a political action committee, political experts say, but it’s not illegal. Mandel says the deal is a sign he’s a legit conservative, but critics question whether the deal will mean Mandel will be more beholden to Freedom Works’ aims of stripping government regulations and rolling back government programs.

• Finally, Ohio Gov. John Kasich has finally acknowledged that he gave the go-ahead to send 37 Ohio State Troopers to Standing Rock, North Dakota to assist in law enforcement response to protests there over the Dakota Access Pipeline. The state has been tight-lipped about that deployment against Native American environmental protesters and their allies. Video shows Ohio State Troopers engaging with protesters, in some cases using physical force and mace against them. Records requests from media about the frequency of use of force and other details about the officers involved from Ohio have been turned down by the state on the grounds that the officers were undercover working to “prevent possible acts of terrorism” and that releasing information about them could put them and their families in danger. It’s clear that such a deployment needed Kasich’s OK, but his office has not spoken on the matter until now. Oddly, Kasich spoke of a second deployment during a meeting last week with the editorial board of The Cincinnati Enquirer. The Ohio State Highway Patrol denies that assertion, saying the governor is mistaken.