Three Ohio prisons, including two that have seen the most COVID-19 deaths in the state, received vaccine shipments 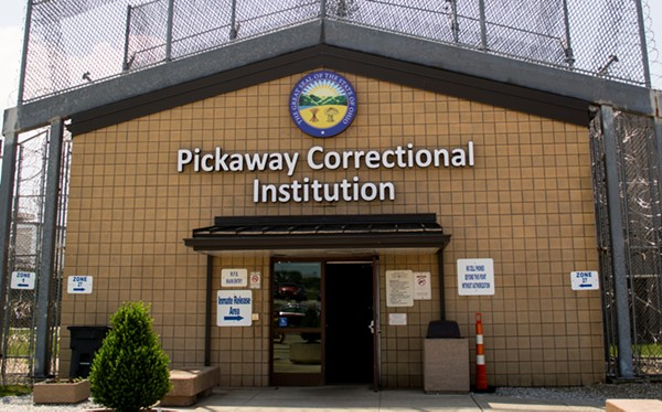 Three Ohio prisons, including two that have seen the most COVID-19 deaths in the state, received vaccine shipments today, according to a spokesperson for the Department of Rehabilitation and Corrections.

The bulk of Ohio’s prisoners are fairly low on the state’s list of priorities, falling just above the low-risk 18 to 30 age group. But those living in the prison system’s long-term care units are being prioritized with free Ohioans who live in long-term care facilities like nursing homes, as are the prisons’ health care staff. DRC spokesperson Sara French said they will begin administering vaccines to those staff and prisoners this week.

Franklin Medical Center, a prison dedicated entirely to prisoners who need intensive medical care, has seen the highest per-capita death rate of any facility in Ohio’s prison system. There have been 12 confirmed COVID deaths at the prison, which currently houses 373 people. Another two deaths are suspected to be COVID related.

Pickaway Correctional, which now houses 1,676 people, has had 35 COVID deaths, mostly from a massive outbreak that infected three-quarters of the prisoners in April and May. Fifteen of those who died were in the prison’s Frazier Health Center, which holds patients who need intensive medical care, including dialysis.

The third facility receiving vaccines is Allen-Oakwood Correctional. The prison of 1,329 people has had six confirmed COVID deaths, plus another four that are suspected.Eight staff members have died at prisons across the state, including a nurse who worked at Pickaway.

The prison system overall has shed about 10% of its population since the beginning of the pandemic, as states across the country tried to avoid mass outbreaks like the ones that swept through the Pickaway and Marion prisons in Ohio. However, Ohio’s prisons still hold about 119% of the population they were designed for.