The brewery will host the grand opening of its 5,000-square-foot rooftop and $5 million expansion project on July 20 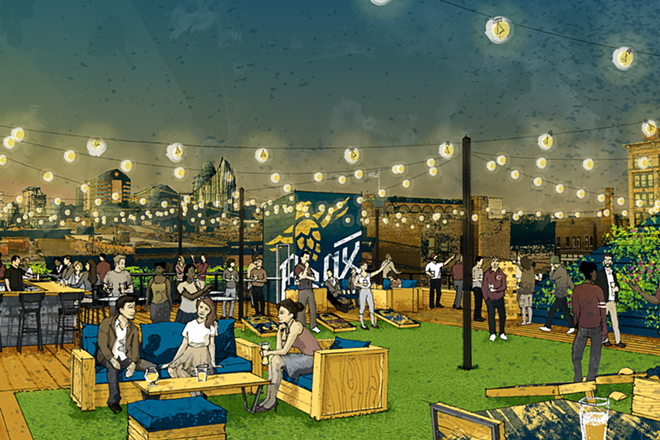 Northern Kentucky's Braxton Brewing Co. has been serving the Greater Cincinnati area and beyond with tasty and creative craft brews for four years now, and they're throwing a party to mark the milestone on July 20.

The celebration will take over all three floors of the Covington brewery — including their highly anticipated 5,000-square-foot rooftop patio, which will officially open for the party.

“The past four years have been the ride of a lifetime. We’ve built a brewery focused on innovation and approachability, without compromising who we are,” said Jake Rouse, CEO and co-founder of Braxton, in a release. “The addition of a rooftop bar at (our) headquarters in Covington will take Braxton to new heights, and we can’t wait to share this experience with you."

Braxton announced the plans for their rooftop patio, along with a $5 million expansion to increase production capacity, earlier this year. According to the release, the rooftop deck will offer guests both an indoor and outdoor experience where they can enjoy Braxton beer and views of Covington and Cincinnati.

During the four-year anniversary party, Braxton will offer a special limited-release beer called Yesterday's Headlines Vol. 4 to commemorate four years of headlines and honor a year of change for Braxton. The beer will be available in $12 four-packs during the event, in addition to pre-sale before the party.

This fall, Braxton is slated to open its third property in addition to the Covington brewery/taproom and Bellevue's Braxton Labs: the Fort Mitchell Braxton Barrel House.

The Barrel House will take over the former Remke Market building on Dixie Highway. The space will include a 20-tap taproom, a 2,000-square-foot patio on the former loading dock, plus 20,000 square feet of storage for housing bourbon barrels and other assorted barrels to age their beers. They will also offer a private barrel-aging program, where guests can opt in to "experience the barrel aging process from the initial brewing all the way to the packaging" and create their own beer to age. According to a release, "Ranging from $500 to $5,000, custom private barrel picks can yield upwards of 300 bottles of barrel aged beer."