It's Official: The National's Homecoming Music Festival is Returning to Cincinnati's Riverfront May 8-9 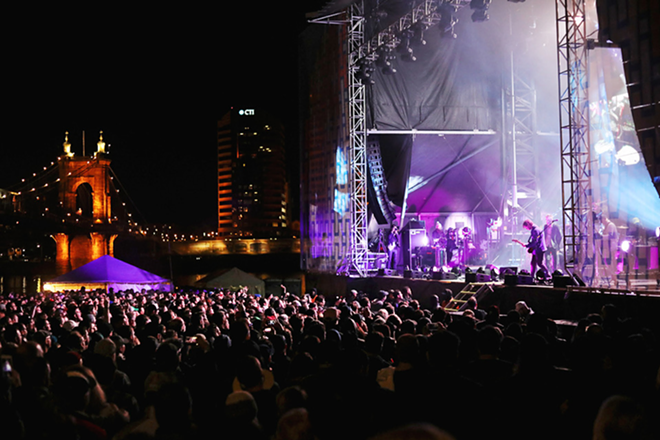 After rampant speculation began over the weekend that The National would be bringing their Homecoming music festival back to Cincinnati's riverfront for a second installment in 2020, today (Nov. 12) the rumors were confirmed.

Homecoming (officially "Homecoming in association with MusicNOW") is slated to return to the band members' hometown May 8-10, 2020. It will again be held at Smale Riverfront Park. The longer-running MusicNOW festival (founded by The National's Bryce Dessner in 2006) will run concurrently with the riverfront concerts.

The Homecoming concerts at Smale will take place on May 8 and 9; additional MusicNOW events will run throughout the city all three days (as they did in 2018).

According to posts on The National's social media and the Homecoming website, there will be a pre-sale opportunity for tickets beginning Nov. 18 at 10 a.m. The lineup is scheduled to be announced Nov. 20 at 10 a.m. Tickets go on sale to the general public on Nov. 22 at 10 a.m.

Below is the full press release for Homecoming/MusicNOW 2020 from the event site.

Homecoming will be held Friday, May 8 and Saturday, May 9 at scenic Smale Riverfront Park. MusicNOW will run in conjunction with the festival throughout the weekend May 8-10 at separately ticketed venues throughout the city.