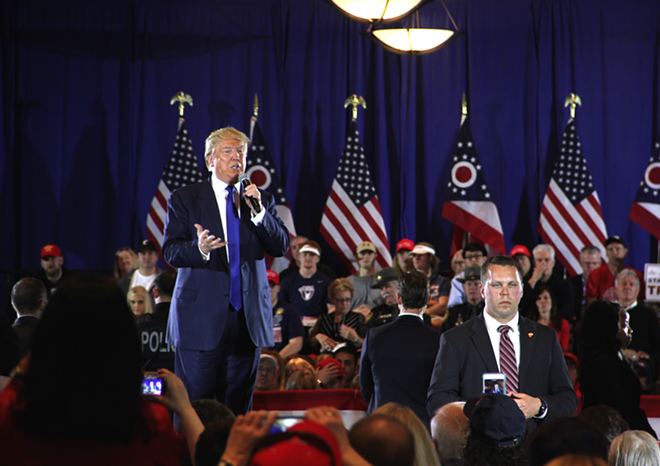 Hello all! Here’s a quick news roundup to get you through the middle of the week.

We’re closer to knowing where a new concert venue at The Banks will go. Hamilton County Commissioners unanimously decided they want the music facility, which will be built by an arm of the Cincinnati Symphony Orchestra, located just east of Paul Brown Stadium in lots on the southern edge of the riverfront development. That could cause some fighting with the Cincinnati Bengals, however, who have expressed opposition to that location since fans use part of the site for tailgating on game days. The Bengals say they believe the development should instead go in a spot called Lot 24, which is just north and east of the commissioners’ preferred site. The team says it has veto power over developments next to Paul Brown Stadium — something county officials contest. Commissioners want work started on the venue as soon as possible, however, and have asked county administration to move forward with a development agreement with CSO’s Music and Entertainment Management, Inc. for the site.

• A plan that would have provided funding for human services agencies through the city via a ticket tax hike is likely dead. The deal would have pumped more money into the city's budget through the United Way-managed human services fund by boosting a tax on tickets to entertainment events from 3 percent to 5 percent. But that plan would require a charter amendment needing voter approval in November, and no one has come forward to lead the campaign to pitch it to voters, some Cincinnati City Council members say. The city spends less than 1 percent of its budget on human services — less than the 1.5 percent directed by a council motion. After adjusting for inflation, the $4 million the city spent last year on addiction services, anti-poverty efforts and violence prevention initiatives is down 39 percent from a high in 2004.

• Pioneering Cincinnati Police Department Captain Kimberly Williams, the first African-American woman to reach that rank within the department, passed away this week after a battle with cancer. Williams served almost 30 years with CPD, helping spearhead a grant for the departments’ Children in Trauma Intervention Camp, which provided therapeutic counseling, leadership training and other services to Cincinnati youth. Williams most recently served as commander of CPD District 2, but also worked in a number of specialized units over her career.

• Not long after rentable electric scooters descended on Cincinnati, dockless rental bikes are coming to Xavier University’s campus. California-based Lime has contracted with the university to provide 40 of its bikes as well as rentable electric scooters similar to the Bird scooters that have already come to other locations in Cincy. The school is requiring that users park the Lime bikes near existing bike racks, hopefully circumventing problems in other cities with wayward bikes and scooters accumulating in high-traffic areas. Xavier doesn't currently have stations for Red Bike, Cincinnati's established bike share company.

• Here’s some quick, good news — the Cincinnati Reds home opener next year will take place the same day as the Findlay Market Opening Day Parade. That makes a lot of sense, but this year, the parade took place four days after the Reds’ first home game.

• If you’ve been paying attention to the news, you know all about the various tax levies and hikes Hamilton County officials have sought (and in some cases backed away from) in an effort to shore up services and to close up a $29 million budget deficit. But why is the county broke with the economy doing so well? This story neatly gives you the rundown. The ingredients of the current mess: two stadiums and a $224 million renovation of Union Terminal that are eating up $120 million a year via a .75 percent sales tax. For reference, the county’s budget is $241 million a year. Then there are the ongoing cuts to the state’s local government fund, which used to pay for services the state requires counties perform. Hamilton County received $25 million from that fund in 2000. It got $12 million this year. Due to changes in federal law around a sales tax for Medicaid-managed care, the county will get just $6 million next year. Finally, the region’s heroin crisis has taken a big bite out of the county’s financial health. The County Commissioners Association of Ohio believes the crisis has cost Hamilton County an extra $13.5 million in judicial costs alone.

The last time the county was hurting this bad, it was 2008 and we were in the depths of the Great Recession. That time, the county slimmed down by closing a jail and reducing positions in its workforce. It never fully added those positions back — or reopened that jail. The county has 800 fewer employees than it had in 2008. It could have even fewer soon. County administration says coming deficits could require 17 percent cuts across the board for county agencies.

• Finally, there were two bombshells in federal courts Aug. 21 as President Donald Trump’s former attorney Michael Cohen pleaded guilty to eight counts related to tax evasion, illegal contributions to Trump’s campaign and other charges. At nearly the same time, a jury announced it had found Trump’s former campaign manager Paul Manafort guilty on eight counts related to financial crimes. That jury deadlocked on 10 other charges. None of those charges had to do with questions around Trump’s campaign and possible collusion with elements of the Russian government, but both developments are still a big blow for Trump. Especially damaging: Cohen’s claims that he arranged payments during the 2016 campaign to two women to buy their silence around alleged affairs they had with Trump. Local Republicans didn’t have much to say about the story, however.

"I'm just a lowly county chairman," Hamilton County GOP Chair Alex Triantafilou told The Cincinnati Enquirer. "I'll leave that to the two local congressmen. I see that as above my pay grade." Triantafilou called the controversies "a sideshow."

Local congressmen have also been mostly mute on the subject, though a spokesman for U.S. Rep. Steve Chabot used the opportunity to jab at Chabot’s 2018 opponent, Hamilton County Clerk of Courts Aftab Pureval.