Plus, researchers think they've come up with the perfect algorithm to devise a Christmastime U.K. No. 1 hit and Queen's "Bohemian Rhapsody" is deemed the most streamed song from the 20th century 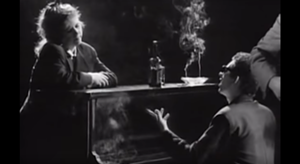 A songwriter and the daughter of a songwriter involved in the creation of two beloved holiday tunes recently at the center of separate but similar controversies have spoken up about recent concerns raised by the language and tone of each. Susan Loesser, the 74-year-old daughter of Frank Loesser, who wrote “Baby, It’s Cold Outside,” says she gets why some people find the flirtation intent of the song off-putting in 2018. While saying she finds accusations that the song lays out a date-rape scenario annoying and thinks her father would be “furious” about the misinterpretation, Loesser told NBC News, “Absolutely I get it. But I think it would be good if people looked at the song in the context of the time. It was written in 1944.” Meanwhile, Shane McGowan of Irish Celtic Punk legends The Pogues issued a statement about the band’s “Fairytale Of New York,” after an Irish DJ kicked up controversy over the song’s use of the word “faggot,” which guest singer Kirsty MacColl slings combatively in the tune at her “loved one”: “You scumbag, you maggot/ You cheap lousy faggot.” McGowan wrote that the characters in the modern Xmas classic were not written as “nice” or “wholesome” people, adding, “Her dialogue is as accurate as I could make it but she is not intended to offend! She is just supposed to be an authentic character and not all characters in songs and stories are angels or even decent and respectable, sometimes characters in songs and stories have to be evil or nasty in order to tell the story effectively.”

WARM: How to Get to No. 1 at Christmas

In the U.K., having the No. 1 single at Christmastime is a big deal, with chart-watching becoming a holiday tradition over the past several decades and artists and labels and TV singing competitions all clamoring for the extra sales and publicity that come with nabbing the top spot on Dec. 25. The song that gets to the top usually doesn’t have a Christmas theme, but there is a certain jolly good vibe to most of them, something researchers recently set out to more precisely define. Experts commissioned by the Ostereo record label have released the findings of their search for what goes into making the perfect Christmas No. 1, after examining the chart-toppers from the past 50 years. The study found that to increase the likelihood of being No. 1 at Xmas, singles should be in the key of G major, have a speed of 114 bpm, be three minutes and 57 seconds long and be performed by a 27-year-old solo act. The researches also posited that Pet Shop Boys’ 1987 cover of Elvis Presley’s “Always on My Mind” is the perfect Christmas No. 1, at least from the standpoint of key and length (the Boys were older and the song faster than the optimum age and tempo the study suggests). Last year, Ed Sheeran’s “Perfect” was the U.K.’s No. 1 at Christmas and bookies have Ariana Grande’s “Thank U, Next” as the favorite for this year’s top spot.

Queen’s classic song “Bohemian Rhapsody” follows absolutely none of those guidelines to build the perfect Christmas No. 1, yet it was a Christmas No. 1 twice, first in 1975 upon its initial release and then again in 1991 after Freddie Mercury’s death (it was the only song to ever pull off that feat). Newly released data shows it's also the most streamed song recorded in the 20th century. Using data collected from all major streaming services, Universal Music Group says the atypical song has been streamed 1.6 billion times worldwide.