Know Theatre’s current season is themed “Fear Itself” and a lot of that action is taking place on the mainstage with productions that tackle werewolves, Victorian lady detectives, dark comedy and ghostly lighthouse occupants. But the frights continue downstairs at the SecondStage cabaret with this world premiere of Mary’s Monster, written and performed by local actress Maggie Lou Rader. According to a release, “On a dark night near the end of her life, Mary Wollstonecraft Shelley wrestles with ghosts: her dead children, her family, her famous husband Percy, her mother, and Frankenstein, her most famous creation.” It’s an examination of Gothic horror, female authors and how to make peace with death. Through Sept. 23. $15; $25 “Living Wage” tickets. Know Theatre, 1120 Jackson St., Over-the-Rhine, knowtheatre.com.

ATTRACTIONS: Mandela: The Journey to Ubuntu at the Freedom Center

The National Underground Railroad Freedom Center presents the inspiring story of Nelson Mandela and his journey from a childhood of humble beginnings to a life dedicated to resistance. The exhibit, Mandela: The Journey To Ubuntu, commemorates the life and legacy of Mandela through photography by Matthew Willman alongside artifacts from Mandela’s life on loan to the center. Willman, a South African documentary photographer, was commissioned by the Nelson Mandela Foundation during the last 10 years or Mandela’s life. Willman’s photography revisits many of the locations that played vital roles in South Africa’s route to racial equality. Through Jan. 1, 2019. $10 with admission. National Underground Railroad Freedom Center, 50 E. Freedom Way, Downtown, freedomcenter.org. ONSTAGE: Cincinnati Shakespeare Company’s A Funny Thing Happened on the Way to the Forum is a non-stop slapstick ride — for good or bad. Read a review and get show details here.

Though there is a lot of elemental crossover, contemporary Psychedelic music conjures different images for different people, ranging from swirly Pop melodics that call back to The Beatles and the waves of chill found in some Electronica to the noisier, progressive sounds of My Bloody Valentine or even Mars Volta and the Punk-kissed, often disorienting and still strangely hook-ridden works of purveyors like The Flaming Lips. The best current bands are the ones that find a sweet spot between the various psychedelia intersections and add extra ingredients to offer different and distinct perspectives. One of the finest triptastic modern outfits is Oakland, Calif.’s Sugar Candy Mountain, which is based around the far-out Pop stylings of husband/wife tandem Ash Reiter (vocals, guitar) and Will Halsey (vocals, drums). The group has become a favorite among Psych fans, and its brilliant new album, Do Right, seems poised to push SCM to the next level of banddom, moving the foursome from “cult-ishly beloved” status to “Alt/Rock festival royalty” à la Tame Impala. Do Right punches up and sharpens the vintage Pop focus of its previous work, calling to mind Brian Wilson and Phil Spector, with sprinkles of the slanted Tropicalia of Os Mutantes and the melting-sunset euphoria of late ’60s/early ’70s Californian Folk Rock. Sugar Candy Mountain will be joined by local Indie Rock crew Soften in Cincy. 10 p.m. Thursday. Free. MOTR Pub, 1345 Main St., Over-the-Rhine, motrpub.com.

If Endless Mike; Artie, the strongest man in the world; or the name Petunia mean anything to you — or you want to know where Mr. Tastee goes in winter — there’s a chance you’re a fan of 1990s Nickelodeon show The Adventures of Pete & Pete. This upended and surreal indie suburban sitcom followed Pete (Michael C. Maronna) and his brother Pete (Danny Tamberelli) as they navigated life in the fictional town of Wellsville with their friends and family (including mom and the plate in mom’s head). It was one of the most original and creative shows for kids and teens on TV — it ran for three seasons from 1993 to 1996. If you’ve missed Pete and Pete, Maronna and Tamberelli are coming to Cincinnati Thursday for “’90s Night with Danny Tamberelli & Michael C. Maronna” at Taft’s Ale House. Really. According to the description, their performance will blend audio, visuals and onstage interactions for “optimal nostalgia.” They will critique some old TV shorts, read scenes with audience members, play their favorite ’90s tunes and host a meet and greet. For ages 21 and up. 8 p.m. doors; 9 p.m.-midnight show Thursday. $15. Taft’s Ale House, 1429 Race St., Over-the-Rhine, facebook.com/dannyandmike.

It’s your final two chances to see this lightly staged production of Broadway’s The Who’s Tommy, featuring music and lyrics by Pete Townshend, based on The Who’s 1964 Rock concept album and directed locally by Leslie Goddard. Tommy, a boy who goes deaf, blind and mute after seeing a man murdered in a reflection in a mirror, takes to pinball — becoming a “pinball wizard” — to overcome his trauma. Expect to hear classics like “Pinball Wizard,” “Listening to You” and “I’m Free” come to life onstage with big vocals and choreography. 8 p.m. Thursday and Friday. $28-$42. Memorial Hall, 1225 Elm St., Over-the-Rhine, memorialhallotr.com.

In March, The Decemberists released their eighth album, I’ll Be Your Girl, after first coming on the Indie Folk scene with 2002’s Castaways and Cutouts, burgeoning into a staple of hipsterdom. Fronted by Colin Meloy, who also dabbles in authoring children’s literature, it’s the kind of music perfect for overcast, breezy autumn days. It’s wavy. It’ll make you feel like a sailor. Pretend you’re Portland, Ore. native, maybe down a few third-wave coffees and make sure to apply beard wax before the show. Decemberists made lowkey steampunk vibes cool again. 7:30 p.m. Thursday. $29.50-$75. Taft Theatre, 317 E. Fifth St., Downtown, tafttheatre.org. 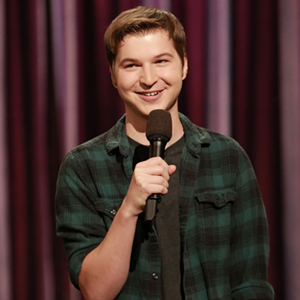 “I wasn’t necessarily the class clown, but I did like to make people laugh,” says comedian Brad Wenzel. “When I was 15, I started writing jokes, but didn’t tell anyone. About a year later, my cousin Charlie said I should do stand-up and offered to drive me to an open mic. That kind of gave me the extra push to try it.” Before becoming a headliner, he featured for folks like Brian Posehn, Kathleen Madigan, Gilbert Gottfried, Pete Holmes, Louie Anderson, Jerrod Carmichael and Patton Oswalt. The latter gave him some interesting insight. “He told me something interesting about the myth of a horrible childhood being a requirement for comedy,” Wenzel says. “He said, ‘I know some really hilarious people with totally normal childhoods, and I also know people with horrible childhoods who aren’t funny at all.’ ” Wenzel’s album, Sweet Nothings, is available from Third Man Records. Through Sunday. $8-$14. Go Bananas, 8410 Market Place Lane, Montgomery, gobananascomedy.com.

A serial killer roams the streets of Mount Adams, wielding Stephen King stories as inspiration for their crimes. In this interactive murder mystery performance hosted by the Playhouse in the Park (in correlation with its current staging of King’s Misery), clues can be uncovered at each bar as suspects (portrayed by actors along the stops) are narrowed down. 6:30-9:30 p.m. Thursday. $10. Mount Adams Pavilion, 949 Pavilion St., Mount Adams, cincyplay.com. These pretzels making you thirsty? You want German bier? Oktoberfest has both. Plus, you can catch a gaggle of dachshunds dressed as hot dogs participating in the Running of Weiners to kick things off at 11 a.m. Friday. What else? Expect a bratwurst-eating competition, the “World’s Largest Chicken Dance” (led by Thane Maynard of the Cincinnati Zoo) and bounds of German music and grub, like sauerkraut, cream puffs, goetta and bier cheese. You don’t even have to be German to celebrate, but lederhosen is always encouraged. 5-11 p.m. Friday; 11 a.m.-11 p.m. Saturday; 11 a.m.-9 p.m. Sunday. Free admission. Second and Third streets between Walnut and Elm streets, Downtown, oktoberfestzinzinnati.com. Event: Fire Up the Night

Three countries come to Coney Island on Saturday to compete for pyrotechnic supremacy at Fire Up the Night, an annual fireworks competition. Teams from Germany, France and Mexico will go head to head starting at 8:30 p.m. with three separate fireworks displays to see who will be voted the best. Rozzi’s Famous Fireworks will light up the sky in a grand finale over Lake Como. Moonlite Pavilion will host interactive music, dancing and displays from each different country for fun and education, and the “world’s largest empty pool party” starts the evening early at 4 p.m. with live music and more in the waterless Sunlite Water Adventure. 4 p.m. pool party; 8:30 p.m. fireworks Saturday. $25 per carload. Coney Island, 6201 Kellogg Ave., California, coneyislandpark.com.

ONSTAGE: William Shatner visits the Taft Theatre for a screening of Star Trek II: The Wrath of Khan followed by a Q&A. Read an interview and get show details here. 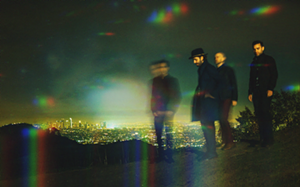 If you want to prep your body for a weekend of beer drinking and bratwurst eating at Oktoberfest, start Saturday with the Hudepohl 14K Brewery Run: “the race that thinks it’s a party.” The race starts and ends at the riverfront and the course takes runners (and walkers) past historic brewery sites, following the route that horse-drawn carts took to bring beer from Cincinnati breweries to waiting riverboats for distribution. After the race, hit up the after party — race entry includes a cheese coney from Skyline, and two beers from Christian Moerlein and Hudepohl (or a soda). 8 p.m. Saturday. $45-$55. Race starts at Mehring Way, near the Moerlein Lager House, 115 Joe Nuxhall Way, Downtown, hudy14krun.com.

The fundraising group Proud Partners of Planned Parenthood Southwest Ohio will be hosting a “condom crawl” through Northside on Saturday to raise money for Planned Parenthood. Members of P2PPSWO will visit several bars on the Hamilton Avenue strip to drop off condoms and talk with patrons about safe sex, reproductive/health rights and related topics that face concerns under the current White House administration. The Hamilton, Listing Loon, Northside Tavern and Mixwells are confirmed sponsors. A free ’dom isn’t free — well, it is if you want to accept one, but it’s good form to throw them a few bucks to show your appreciation. 7 p.m.-1 a.m. Saturday. Free. Hamilton Avenue, Northside, facebook.com/P2PPSWO.

Since 2016, Greater Cincinnati Restaurant Week has been offering a curated craft dining experience at restaurants across the city: chef prepared, special multi-course prix fixe menus priced between $25 and $35. Diners pick and choose from course options to build their own three-dish dinner. Basically, you get a lot of fancy, delicious food for cheap for one week only. This year’s event is bigger than ever, with more than 50 restaurants presenting three-course meals, from New American eateries and steakhouse favorites to upscale Italian and Thai. New restaurants joining the event this time around include Aladdin’s Eatery + Lounge, LouVino, BlackBird Eatery, Coppin’s, Overlook Kitchen + Bar, Muse, Nicola’s and more. And with liquor sponsors Marker’s Mark and Tito’s Handmade Vodka, plenty of these eateries are complementing their culinary creations with specialty cocktails from either or both distilleries (for an additional cost). This exclusive weeklong event is for locals to experience fine dining at a wallet-friendly cost at some of their favorite restaurants and new ones they have yet to try. Find a full list of menu offerings in this week’s insert. GCRW takes place Sept. 24-30. More info greatercincinnatirestaurantweek.com.