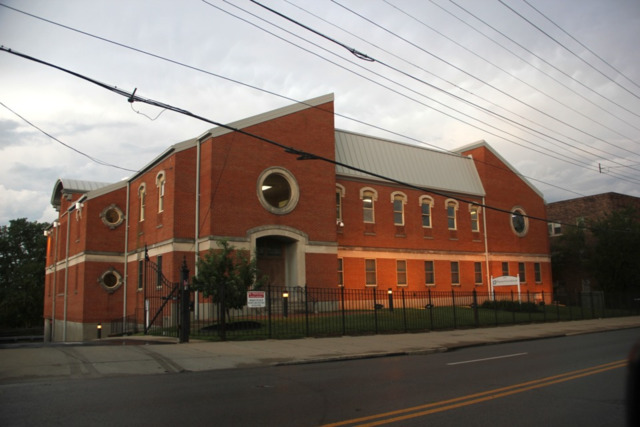 As one of several readings taking place throughout the country in response to the increase in restrictive abortion legislation, local artists/activists will be staging a one-night-only reading of Will Brumley's The Clinic as a fundraiser for Planned Parenthood of Southwest Ohio and the Yellowhammer Fund of Alabama, which helps eliminate barriers to access for those seeking care at any of Alabama's three abortion clinics.

The reading will take place June 10 at the Lincoln Grant Auditorium in Covington, led by director Lormarev Jones and featuring a principal cast of Lauren Carr, Jen Joplin and Kelcey Broomfield. 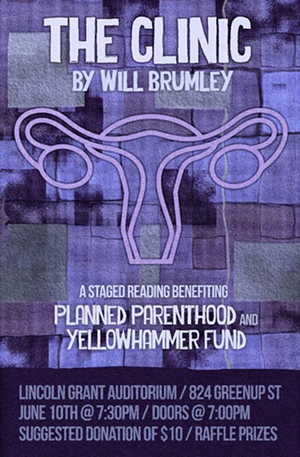 The Clinic tells the story of women on the staff of a reproductive clinic in Kansas. According to the description in the release, "Their personal joys and sorrows intertwine with the logistical challenges of running the clinic, as they are beset by violent protesters, terrorist threats and draconian anti-choice legislation. At the center of the storm, Bree (Kelcey Broomfield), a young clinician, doggedly pursues her dreams of becoming an abortion provider, while her predecessor in the clinic, Lorrie (Lauren Carr), weighs her commitment to her calling against anonymous violent threats made against her family. As the conflict reaches a fevered pitch, the women of the clinic must decide if protecting their patients’ safety is worth giving up their own."

“It has been glorious to watch this project come together remarkably fast. This fantastic crew of women (and a couple of men) jumped on the opportunity to donate their time to this cause; that's how important it is to this community. It's of the utmost importance to me, personally," says director Jones in a press release. "This play is about a community of health care providers who take their work and their mission very seriously, despite different perspectives on how to achieve that mission.”

Playwright Brumley has offered the play to theater groups across America to help raise funds in support of reproductive rights, with additional stagings slated to occur in Nashville, Saint Louis, Kansas City and more.

The reading will be performed at 7:30 p.m. June 10 at the Lincoln Grant Auditorium, 824 Greenup St., Covington. Tickets are pay what you can with a $10 suggested donation. Doors open at 7 p.m. and a raffle and bake sale will accompany the reading to raise additional funds; wine will be available.

All proceeds will be donated to Planned Parenthood of Southwest Ohio and the Yellowhammer Fund. Representatives from the League of Women Voters will also be present at the event to register new voters.