The festival announced it will be leaving Friendship, Ind. after nearly a decade; the 2019 event is scheduled to take place Aug. 23-24 at Smale Park 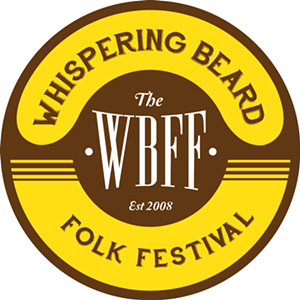 The Whispering Beard Folk Festival has been drawing a mass of regional music fans to the small town of Friendship, Ind. for the better part of a decade. But yesterday (Jan. 2), festival organizers announced that it would be leaving Friendship for Cincinnati's riverfront in 2019.

According to an announcement posted on the festival's social media pages, Whispering Beard's 2019 event is scheduled for Aug. 23-24 at Smale Park, where Indie rockers The National hosted their two-day Homecoming fest in April of last year.

Whispering Beard was founded 11 years ago by some music fans and musicians from Greater Cincinnati, including Matt Wabnitz of the Folk band Buffalo Wabs & the Price Hill Hustle. Wabnitz told CityBeat in 2013 that the "festival's" first year was more just a house party featuring their favorite local Folk musicians. The festival grew quickly thanks to word-of-mouth praise; the grassroots support has been based on a fostered trust of the Whispering Beard programming and overall experience. It has been held in Friendship since 2011.

In its post about the relocation, organizers said the move was purely based on the fest site — Old Mill Campground — being put up for sale recently. Read the full post below.

To the friends and family of The Whispering Beard Folk Festival:

In the early part of 2011, we faced the obstacle of finding a new home for The Beard. After exploring several options, we came across a place called Friendship. And from the start, it was exactly that: an atmosphere of complete welcoming, the lending of hands to make this event more special than it had ever been. From the first note of the first Beard at Old Mill Campground, (we) knew we'd found our home.

But homes don't always last forever. And so we write you today to announce that the 2018 Whispering Beard Folk Festival was the last to be held in Friendship.

This is not a decision based in any animosity whatsoever; and it is certainly not one that we took lightly. As some may know (and many may not) the Stutler family has recently put Old Mill Campground — The Beardo home for the past eight seasons — up for sale. We wish Gary, Judy, and Scott — and the entire Stutler family — all the best in the upcoming chapters of life, and we know their decision has been made thoughtfully and with their family in mind. However, this news puts us in an odd place of uncertainty; after all, it's hard to put on a show if you're not sure about the ground under your feet. We studied all options regarding the 2019 festival and the possibilities of keeping it in Friendship for one more time ’round… but we feel it is in the festival's best interest to commit our efforts toward The Beard's future chapters and where our journey heads next.

We know this will be difficult for some. Believe us; it's been hard for us, too. But we want you all to know that the Beard will move on. In fact, this transition thrust upon us has led to a renewed sense of excitement and possibilities, and we want to assure you all we will continue to comb through the scores of terrific music in this land to bring you what you've come to know and trust. We want to personally invite each and every one of you to come along with us on this new journey we are about to kick off. After all, WBFF is just as much the people who attend as it is the people who perform.

There are many announcements coming down the pike regarding the 2019 festival, but we'd like to start with these two: 1. There WILL BE a 2019 Whispering Beard Folk Festival. The Weekend of AUGUST 23-24 at SMALE PARK IN CINCINNATI, OH; and 2. MARK YOUR CALENDARS FOR SATURDAY MARCH 30, for the 2019 TASTE OF THE BEARD at The SOUTHGATE HOUSE REVIVAL! This year's Taste lineup includes POSSESSED BY PAUL JAMES, WILLY TEA TAYLOR, & LOST DOG STREET BAND. Tickets will be on-sale ASAP, so keep an eye out and be sure to join us.

We love all y'all, Beardos. And we look forward to seeing you in 2019.