Lineup for this Year's Cincinnati Fringe Festival Is Announced 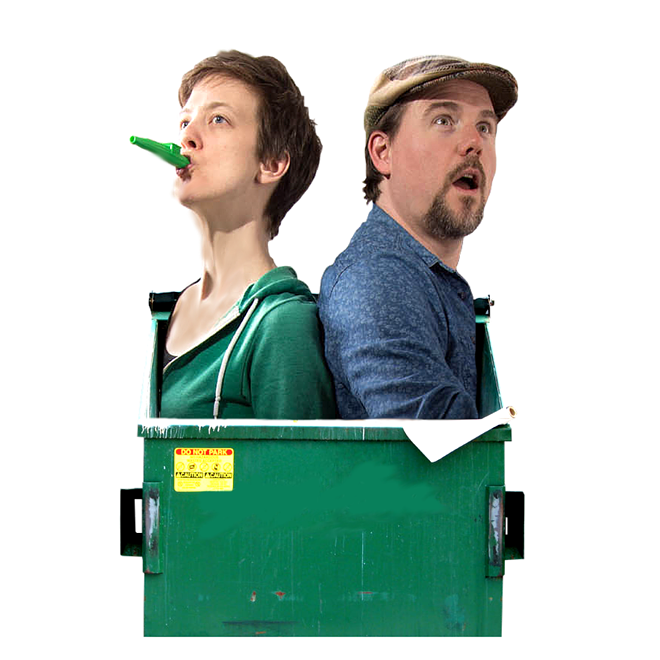 You might think that a theater and arts festival that bills itself as “kinda WEIRD. like YOU” could well be a flaky, fly-by-night event that might last for a year or two. Well, flaky it is, and funky and fabled — and (to keep this alliterative stream flowing) it’s FIFTEEN. That’s right, coming soon is the 15th-annual Cincinnati Fringe Festival, scheduled from May 29 to June 10.

Hundreds of indie artists, musicians and performance groups — 17 productions from local artists, 18 from out-of-town — will converge for 13 jubilant days to present more than 45 live theater, music and dance productions. They add up to a record 250+ performances, as well as visual art experiences, free family-friendly offerings, film screenings, unique special events, nightly afterparties and everything in between. All this fabulous frivolity will take place at a dozen venues in the historic Over-the-Rhine neighborhood, with Know Theatre (1120 Jackson St.) serving as Fringe headquarters.

The official Fringe kick-off announcement happens April 24 at 7 p.m. There are still details being finalized between now and May 16 — when the Official Fringe Guide will be distributed by CityBeat (we’re the Official Media Partner) — but here’s an overview of what’s happening:

• The Primary Lineup will offer 35 productions by artists and performance groups. It’s an even split between returning groups and new ones. Their productions add up to more than 200 of this year’s record 250+ performances. A couple of likely highlights: Paul Strickland and Erika Kate MacDonald, winners of several past “Pick of the Fringe” recognitions, will present a “strange-sational" puppet musical comedy delight, ExTrashVaganza! Sadie Bowman, part of the team that created Calculus: The Musical for the 2007 Fringe (which became a national tour managed by Know Theatre that ran for eight years), returns with a new piece, Curie Me Away!, telling the radical story of Madame Marie Curie, the persistent woman who changed our understanding of the universe. A new participant, Imaginez from Chicago, will present Take Flight: An Adventure in Cirque, an aerial-silk clown show about embarking on new journeys. Of special note this year, the number of performances will be increased for shows in venues with less than 60 seats.

Other elements of the 2018 Fringe:

• Fringe Development: Workshops of new productions, including a group of students from the University of Cincinnati’s College-Conservatory of Music who are preparing for a trip to the world’s largest Fringe Festival in Edinburgh, Scotland — now in its 71st year. (Yes, that’s where the Fringe movement began.)

• Family Friendly Fringe: A subset of free-admission shows suitable for parents and children.

• Fringe on the Streets: This encourages artists to take their creativity out of venues and straight to the public by street performing and busking during the Festival.

• Numerous Special Events: Yet to be announced.

• Fringe Bar Series: Late-evening events until 1 a.m. nightly at Know Theatre’s Underground Bar throughout the 13 days of the Fringe, culminating in the over-the-top awards night on Saturday, June 10.

A full listing of performances is available at cincyfringe.com.  You can also buy tickets or passes there, or by calling Know’s box office at 513-300-5669 (11 a.m.-6 p.m. Monday-Friday). Single tickets are $15, but there are better ways to purchase admission, including the “Voyeur Pass” at $75, giving you six tickets for the price of five.

Serious Fringe devotees purchase the “Full Frontal All-Access Pass” ($250), offering a single ticket for virtually all the festival productions. (After 17 shows, you’ll be attending shows for free.) Fifty percent of all box office revenue is shared with individual productions — meaning your attendance supports the Fringe, Know Theatre and hundreds of independent artists.

Keep an eye out for CityBeat’s May 23 issue with a cover story previewing the Fringe, as well as the Official Fringe Guide, coming your way in CityBeat’s May 16 issue.