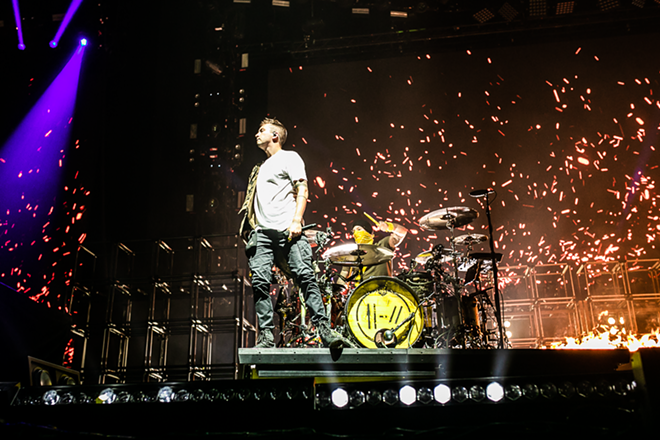 The lineup for the 2020 Bunbury Music Festival was supposed to be revealed for the first time Thursday night at an announcement event at the Woodward Theater. But a Thursday morning leak — thanks to an early social media posting shared (and then deleted) by one of this year's performers — led to the lineup poster being shared far and wide hours before the event.

The massively popular Columbus AltPop duo Twenty One Pilots has a long history with Bunbury promoters PromoWest, which has booked numerous hometown shows for the act over the years. TØP played Bunbury in 2015 and filmed part of their video for "Lane Boy" at the fest. Tyler Joseph and Josh Dun also played Bunbury in 2013.

Three-day Bunbury passes are on sale now. Single-day tickets will go on sale at a later date.

CityBeat is giving away Bunbury passes; visit our Instagram page for details.