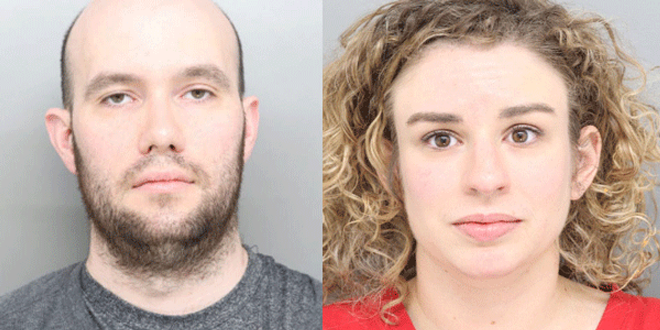 Cincinnatians celebrated Reds Opening Day in many ways yesterday — through parades, block parties, cheering on the team from the stands or from barstools across the city — but the winning game really stuck a romantic chord with one couple, who was arrested yesterday evening after having sex on the 150-foot downtown SkyStar observation wheel following the game.

According to police reports, the couple, Michael Mathisen and Lauren Wilder, was taken into custody around 6 p.m. on March 28. The criminal complaint states that their public sexual encounter was in the presence of children and adults.

After being charged with disorderly conduct and being booked in the Hamilton County jail, Wilder was released on her own recognizance, while Mathisen was arrested on one count of disorderly conduct while intoxicated and was held overnight at the jail without bond.

The couple is scheduled to appear in court on Friday.

This isn't the first time couples were caught canoodling on the Ferris wheel, according to this Reddit post from Oktoberfest weekend. Romance isn't dead.