See something "Wicked" at the Aronoff Center; geek out at a particularly magical Cincinnati Comic Expo; partake in some more Oktoberfest action in Newport. 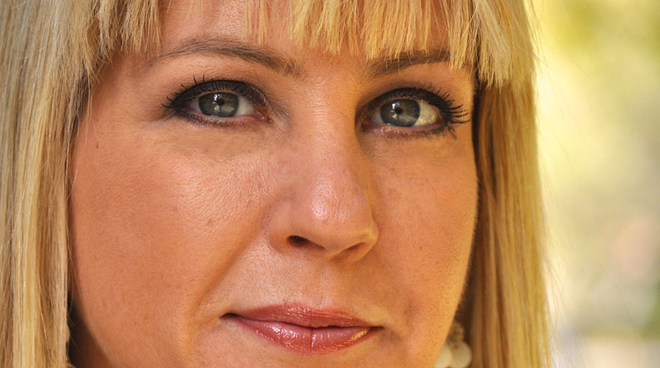 “I’m dating again,” comedian Lisa Landry tells an audience. “But I have very bad taste in men. I pray a lot to keep the dicks away. I probably could get a medical marijuana card because I have PTSD because I date men.” The Louisiana native got divorced a few years ago and is still adjusting to life as a single mom. “You become more spiritual (after) becoming a single mom,” she says. “It happens to a lot of woman. Just wait until you start dating again and you’re a few days late. I prayed so hard the Lord said, ‘Stop stalking me, Lisa. I’ve got shit to do.’ ” Landry recently started a new comedy podcast called Womenace to Society and her fourth CD, Compliments Below the Waist, was recorded at Go Bananas in 2015.Showtimes Thursday-Sunday. $8-$14. Go Bananas, 8410 Market Place Lane, Montgomery, gobananascomedy.com.

Know Theatre’s Tamara Winters is staging the company’s next production, the rolling world premiere of Jacqueline Goldfinger’s The Arsonists. She says the play, which opens Friday (and runs through Oct. 14), “is about how hard it can be to let go of what we cling to for survival, when it’s no longer helping us survive.” She adds that the playwright “has crafted a cathartic tale of the intensity of love and the power of connection, threaded together with unforgettable classic American melodies.” Goldfinger, a Philadelphia-based playwright born and raised in south Florida, has written a Southern Gothic tale set deep in the Florida swamps about a father-daughter arson team. The Arsonists is part of a trilogy of plays about spooky events in the Everglades, a setting that’s ripe for visual, emotional storytelling. The Terrible Girls is a dark comedy about women who kill and bury their boyfriends in the walls of a café where they work; Skin and Bone is about a set of cannibal grandmothers. Read more about the play here. The Arsonists is onstage at Know Theatre, 1120 Jackson St., Over-the-Rhine, Friday through Oct. 14. Tickets/more info: knowtheatre.com.

Grab a fork and maybe an autograph book — the third-annual Cincinnati Food + Wine Classic is bringing out the big guns with a multi-faceted food festival featuring more than 150 local, regional and national culinary stars. A ticket gets you unlimited samples of the tasty eats these geniuses have whipped up, and there are plenty of options for refined and not-so-sophisticated palates alike. Kick off the weekend happy-hour style with handcrafted cocktails, then dig in to every scrumptious cuisine category at the various stations scattered across Yeatman’s Cove. You can sample as much as possible and give a nod to your favorite chef by casting your vote in the People’s Choice award at the end of the festival, so make sure you arrive on an empty stomach. 5:30-9:30 pm. Friday; noon-9:30 p.m. Saturday. $95-$330. Yeatman’s Cove, 705 E. Pete Rose Way, Downtown, cincinnatifoodandwineclassic.com.

The Cincinnati Beer Run blends athletics and alcohol into a 2.5-mile “race” that takes intrepid beer drinkers in sneakers from Newport to Cincinnati and back. Every half mile you make it in this non-competitive run, you’ll be rewarded with a specialty local craft beer sample. And if you make it all the way back to Newport, there’s an even bigger beer bash — aka Newport Oktoberfest (see above) — at the finish line with music, food and your choice of a 16-ounce beer. Because this is a night run, every participant receives glow wear (fun!), a Beer Run glass and Beer Run T-shirt.7:20 p.m. walkers; 7:50 and 8:05 p.m. runners Friday. $50. Leaves from Riverboat Row, Newport, Ky., cincinnatibeerrun.com.

It’s the official girl-power show of the millennium based on the notion that millions of Elphaba fans can’t be wrong. The success of the musical about the origin of Wizard of Oz’s green-skinned witch is truly mind-boggling: On Broadway alone, Wicked is approaching 6,000 performances, earning more than $1 billion. It’s been a hit in Cincinnati, too, with four past stops by touring companies for a total of 104 sold-out performances. Forty more are happening currently. You can try your luck at the daily in-person lottery for pairs of $25 tickets; to enter, show up at the Aronoff two-and-a-half hours before performance time. Through Oct. 15. $42.50-$107. Aronoff Center, 650 Walnut St., Downtown, cincinnatiarts.org.

MUSIC: The MIDPOINT MUSIC FESTIVAL kicks off with weekend headliners The New Pornographers, Broken Social Scene, Walk the Moon and BADBADNOTGOOD. Check out other recommended acts to see and band interviews in our MPMF guide.

Like most Gospel singers, Lizz Wright’s career was seeded in the church; her father and mother were her church’s minister and musical director and she sang and played piano for her congregation at an early age. And like most Gospel singers, as she was becoming active in sacred music, she also developed a fascination in the more secular forms of Jazz and Blues. In high school, Wright won the National Choral Award, which led her to study singing at Georgia State University, The New School in New York City and in Vancouver, Canada. When she was 20 years old, Wright joined the renowned vocal quartet In the Spirit, which ultimately led to her solo contract with Verve Records in 2002. Her debut album, 2003’s Salt, earned her comparisons to Norah Jones for her seamless blending of Jazz and Pop, as did its Folk-tinged follow-up, 2005’s Dreaming Wide Awake (the former got as far as No. 2 on Billboard’s Contemporary Jazz chart, while the latter took the top spot). Read more about Wright here. Lizz Wright plays Live! at the Ludlow Garage Saturday. Click here for tickets/more show info.

Celebrate the beloved music of our Southern border state for a good cause at Bluegrass for Babies. The ninth-annual Bluegrass extravaganza donates 100 percent of proceeds to the Perinatal Institute at Cincinnati Children’s Hospital, so you can jam out to some sweet banjo riffs while supporting local babies. Acts this year include the Comet Bluegrass All-Stars, the Redemptioners and Jake Speed & the Freddies. Special guest Jennifer Ellis will also be making an appearance to sing some kids’ tunes in the family-friendly spirit of the event. 3-9 p.m. Saturday. $15 advance; $20 day of concert. Seasongood Pavilion, 950 Eden Park Drive, Mount Adams, bluegrassforbabies.com. 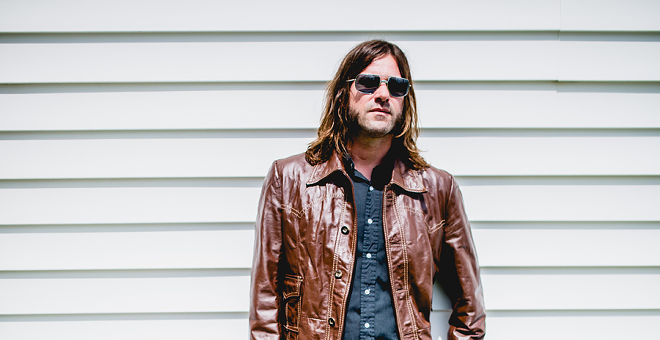 Fifty West is hosting their fifth-annual Fifty Fest on Saturday, a daylong celebration in honor of local beer, local food and live music. More than 25 breweries will be on hand including Taft’s Ale House, Cellar Dweller, Urban Artifact, Dogberry and Braxton — basically, if you can name a Cincy brewery, they’ll be there slinging suds, as will regional guests like West Sixth, Jackie O’s and Great Lakes. Food from the Beerded Pig, Pizzelii, Quite Frankly and Fifty West will be complemented by live music every hour on three different stages with sets from Brian Olive, Heavy Hinges, Honey & Houston, Hot Magnolias and more. Level up with a $20 BC Bottle Lodge Tent ticket for access to rare bottled beer (pre-sale only) or enter the Fender Stratocaster raffle, with all proceeds benefitting Houston hurricane victims. Noon-midnight Saturday. $10; $7 advance. Fifty West, 7668 Wooster Pike, Mariemont, fiftyfest.fiftywestbrew.com.

Green Umbrella wants you to get outside this weekend. The Great Outdoor Weekend is an annual smörgåsbord of events for children and adults to sample to get a taste of the Tristate’s outdoor recreation and nature-awareness programs, everything from outdoor scavenger hunts and honey harvests to adventure hikes, fly fishing and bird walks. There will be more than 100 events taking place throughout the weekend — and they’re all free. Browse the calendar online and find an event near you. Saturday and Sunday. Free. Find a calendar of events at meetmeoutdoors.org/greatoutdoorweekend.

EVENT: FIRE UP THE NIGHT

Get ready to get wet — the Great Ohio River Swim open water competition takes place this Sunday. The race is open to men, women and children with waves for different age groups and genders. The Ohio River will be shut to traffic to ensure swimmer safety, and the 900-yard course goes from the Serpentine Wall to Kentucky and back to the boat ramp at Public Landing. Nervous about swimming in open water? Get there early for an open water swim clinic at 7:30 a.m. Celebrating its 10th anniversary, this year’s swim is dedicated to Bill Keating Jr., who recently lost his battle with brain cancer; Keating was the first man to win the Great Ohio River Swim. Check in begins at 6:15 a.m.; swim begins 8:15 a.m. Sunday. Registration $25-$50. Serpentine Wall, Sawyer Point, 705 E. Pete Rose Way, Downtown, greatohioriverswim.com.

Art House Theater Day is a national initiative that celebrates the legacy and cultural impact of independent theaters with screenings of special films and other exclusive programming. Locally, the Esquire in Clifton offers three films throughout the day: Food Evolution, a documentary narrated by Neil deGrasse Tyson about the controversy surrounding GMOs, at 2 p.m.; Only Yesterday, an animated Japanese drama from 1991, at 4:50 p.m.; and Amélie, the delightfully charming Parisian romcom starring Audrey Tautou, at 7:30 p.m. $10 Food Evolution, which includes a Q&A with Jon Entine of the Science Literacy Project; $7.50 Only Yesterday; $10 adult and $7.50 senior/child for Amélie. Esquire Theatre, 320 Ludlow Ave., Clifton, esquiretheatre.com.