BUB passed away peacefully in her sleep on Dec. 1 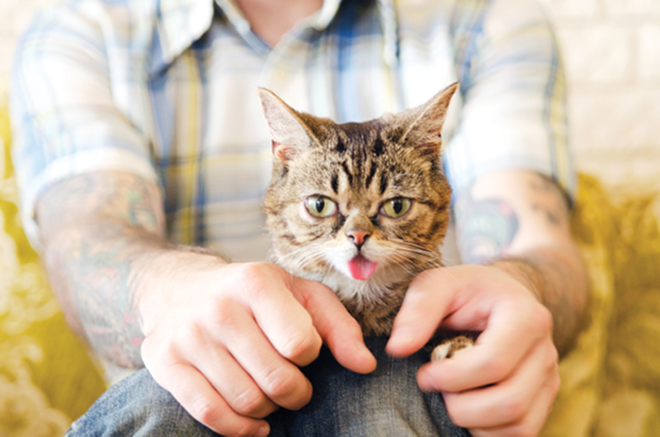 Lil BUB passed away peacefully in her sleep on Dec. 1, according to a Facebook post by her owner. The internet sensation, referred to online as a “perma-kitten” due to her cartoon-like baby cat appearance, was as unusual and hypnotically adorable as she appeared on her daily Facebook photos that reeled in an average of 15,000 likes each.

Lil BUB reigned from nearby Bloomington, Indiana. She had been battling an aggressive bone infection, but her abrupt passing was unanticipated to owner Mike Bridavsky. In his post he explains what an impact Lil BUB had on him, his family and the world of animal welfare.

"It is impossible to put into words the profound effect that BUB has had on my life, on the lives of thousands of homeless pets, and on the lives of those of you that have cared for her as if she were your own family. She taught me everything that I know about unconditional love, she brought my wife Stacy and I together, she's the reason we have our beautiful children Rosco and Lula, and she has been a constant source of warmth and love in our lives for the past 8 years. To say that our family is devastated would be an understatement," an excerpt from the post reads.

In 2013, CityBeat published a cover story about Lil BUB and Bridavsky, where we interviewed him to learn a little more about their relationship and what made this cat so very special. Read the story here.