Pretend You're Running Around Kings Island with These Spotify Music Playlists

The amusement park has curated Spotify playlists featuring music from International Street, the Coney Mall and other areas, while also teasing a big announcement this Thursday and offering a retrospective of acts who've played Timberwolf 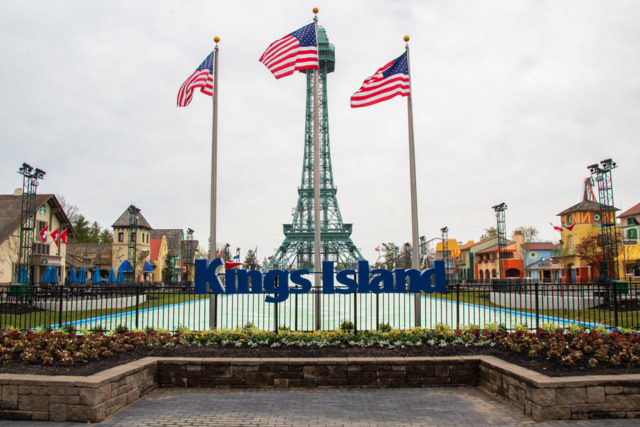 There is also a mysterious playlist that hints at what is planned for this Thursday night's "announcement event." There will be "extended ride time" leading up to the announcement at 10 p.m. The songs on that playlist — posted under the title "#TEOTWAWKI" (presumably "The End of the World as We Know It") — all have an "endings" theme, with tracks like "The Final Countdown" and The Doors' and The Beatles' "The End," but also more "optimistic" tracks like "Finish What You Started" by Katy Perry. So obviously the announcement is that Kings Island is shutting down. (KIDDING!)

The other location-based playlists are far less vague, featuring songs you'd hear roaming around the park. The "Rivertown" playlist has a rootsy, Bluegrass-heavy theme to match the Western aesthetic of the area that includes The Beast and White Water Canyon. The playlist features a lot of Bluegrass and Americana versions of popular Rock and Pop songs, like The Civil Wars' take on "Billie Jean" and "Livin' on a Prayer" by Hayseed Dixie.

The Coney Mall playlist consists entirely of jazzy covers of popular songs (like "Call Me Maybe" and "Never Gonna Give You Up") by Scott Bradlee's Post Modern Jukebox. There are also playlists of music from Planet Snoopy (lots of family-friendly Pop, from The Beach Boys to Miley Cyrus), Soak City Water Park (mostly upbeat Top 40) and International Street, which has a lot of symphonic film score music.

The final playlist nods to Kings Island's (now underused) concert venue Timberwolf and features music from artists who have performed at the amphitheater over the years. It's an impressively weird mix, with everyone from The Ramones and INXS to Marky Mark and the Funky Bunch and Jimmy Buffett. (No Modest Mouse though?)

Find all of the playlists on Kings Island's Spotify profile page.