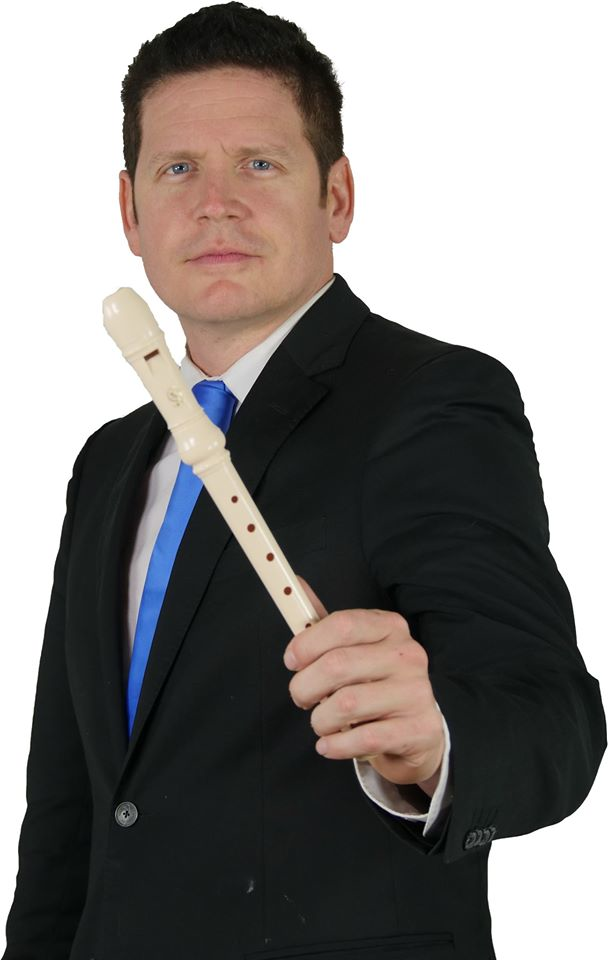 Democrat Eric Wolterman is running for Hamilton County Recorder, a position that several puppets in a friendly informational video Wolterman's campaign created (see below) explain as the person "keeping track of your real estate documents after you buy a home."

Wolterman's campaign website outlines his qualifications — he is a Sycamore High School grad who has a degree in Organizational Leadership from the University of Cincinnati. And, "after fifteen years in the mortgage industry, Eric is committed and excited to bring new ideas and organizational strategies to the recorder’s office to best serve the people of Cincinnati by upgrading technology and lowering costs," reads his bio.

Which is all great, but what might be more important is his ability to pose with an actual recorder.

Yes, in Wolterman's ads he is standing and holding the elementary school instrument every American child was forced to play. A strange and screeching plastic tube that was always full of children's saliva and, if you were able to take yours home with you from music class, frequently immediately lost on the bus.

He even plays it for a second in his video. He's like the pied piper of real estate documents.

People on the Cincinnati reddit are really into the ad… and the recorder/recorder pun. Everyone loves a funny political ad. And this one has done its job as far as grabbing people's attention — quick, name any Hamilton County Recorder.

Wolterman was also apparently seen in the Bockfest Parade tooting his own horn.

His Facebook page has more low-budget videos (there's one about canvassing on e-scooters) and more recorders. And actual relevant information as well.