This Date in Music History: June 4 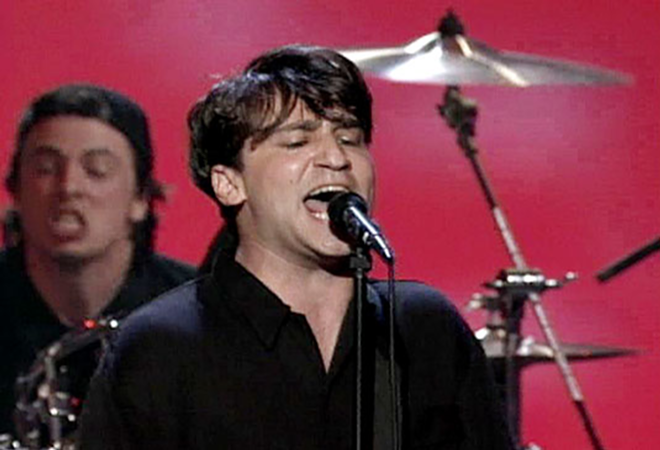 On this day in 1994, the MTV Movie Awards paid tribute to The Beatles with a special performance by the band that recorded the Beatles songs (or rather, the songs The Beatles covered in their early days) for the soundtrack to the film Backbeat.

The best part of this may be Dulli and Moore wrestling mid-song.

DeBarge is one of those celebrities who have unfortunately had to deal with public attention and scrutiny while attempting to overcome his addiction to drugs. He death with ensuing legal problems, cleaned up and made a highly-touted, Grammy-nominated comeback album in 2010 appropriately titled Second Chance (his first in almost 20 years).

DeBarge's triumphant return included a set at the 2011 Macy's Music Festival in Cincinnati. He also sang with Chaka Khan during her set.

DeBarge has struggled since the release of Second Chance, returning to treatment — he told Atlanta radio station V103 that friends 50 Cent and Babyface (who co-produced the comeback album) intervened and insisted he not give up and return to rehab. And, just this past March, he got arrested for "suspicion of possession of drugs for sale." (The case was dropped because the judge said there was not enough evidence.)

He's clearly still fighting his demons. And so are some of his family members. Just about a week ago, an arrest warrant was issued for brother Mark DeBarge for drug possession charges in Hollywood.

Hopefully they'll all get things worked out before it's too late. El DeBarge reportedly met with Whitney Houston at a party two days before her untimely passing. That has to be a wake-up call.

As long as he's musically on point, fans will continue to give him second, third, fourth or more chances.