The story was picked up by "Good Morning America" 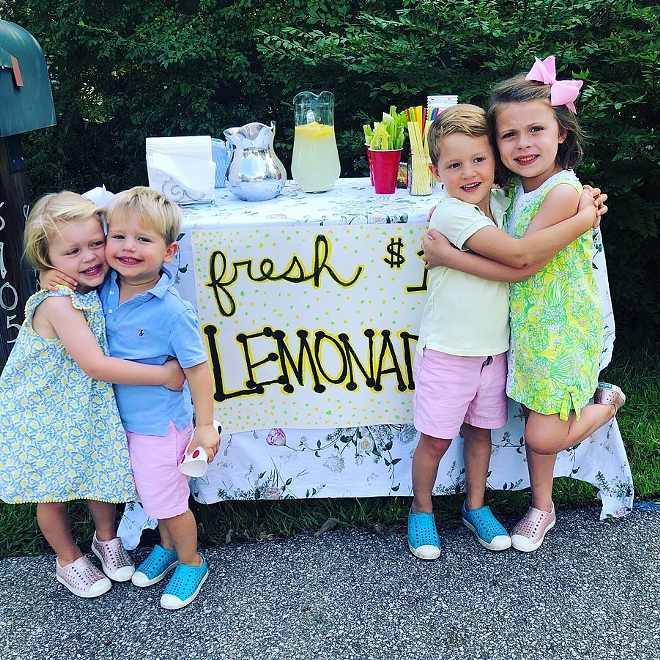 What started as a humble lemonade stand by some local kids to raise money for Cincinnati Children's has turned into a nationwide, crowd-sourced, philanthropic enterprise that has accumulated over $125,000.

The story became so viral that it was picked up by ABC's Good Morning America.

Over Labor Day weekend, best friends Amanda Zerbe and Hillary Weidner, who each have three children that are the same age, helped their kids put together a lemonade stand after one of Zerbe's sons expressed that he wanted to have one.

According to Good Morning America, during the 45 minutes the stand was open, the kids made $148 from their neighbors. The families decided they wanted to donate the proceeds to Cincinnati Children's, not only because they wanted to educate their kids on the importance of giving back, but also because of Weidner's personal connection with the hospital. Weidner's daughter Beatrice was born with a rare liver disease and Weidner found out she was a perfect match for a liver transplant. The mother and daughter went through a 12-hour surgery at Cincinnati Children's in order to transplant part of Weidner's liver into Beatrice.

"It was a crazy, traumatic, amazing experience," Weidner told Good Morning America. "We owe so much to the hospital."

Weidner posted a photograph of their children presenting their check to the hospital on Instagram and noted that if anyone wanted to match their donation, they could send their contributions to her Venmo account and she would donate it for them.

The post went viral and after spreading across the country and they have now raised over $125,000. They even received donations from some famous individuals who wanted to help the cause.

"Andy Cohen and Anderson Cooper are coming to Cincinnati and we have tickets, so I pinged them on my Instagram story asking if they wanted some lemonade," Weidner told Good Morning America. "Andy then mentioned it on his Sirius XM show and pledged $5,000 to our cause on behalf of him and Anderson."