Mayor Mark Mallory last night announced during his State of the City address that the city has chosen the model and vendor for the first batch of streetcars.

The mayor's office today released details about the vendor, along with renderings of the streetcars Cincinnatians can expect to see traversing the 4-mile loop that will cover 18 stops connecting The Banks, Government Square, Fountain Square, Broadway Commons, the Gateway Quarter and Music Hall.

According to the release, the vendor, CAF USA, has produced light rail vehicles for Pittsburgh, Sacramento and Houston and streetcar vehicles for the international cities such as Besançon and Nantes, France; Belgrade, Serbia; Antalya, Turkey; Stockholm, Sweden; Edinburgh, Scotland; and Spanish cities Zaragoza, Granada, Sevilla, Bilbao and Vitoria.

Officials in February broke ground the Cincinnati Streetcar system, and the city hopes to add additional phases connecting the Uptown area near the University of Cincinnati once funding is secured.

The following are renderings released by the city: 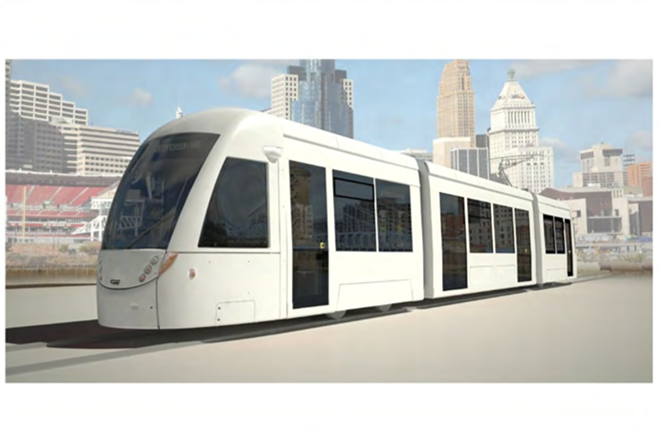 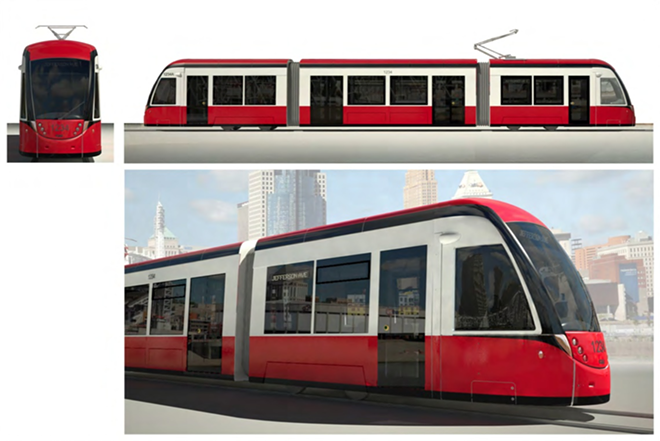