Wake the Bear's fourth album, 'Burning Through the Wonder Years,' gets the release-party treatment this Friday at Over-the-Rhine’s MOTR Pub 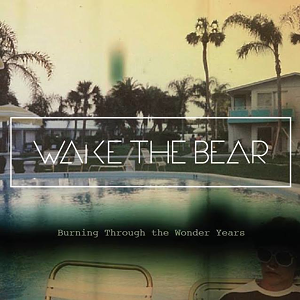 Indie Pop singer/songwriter Scott Cunningham recently released Burning Through the Wonder Years, the latest album from his long-running solo project Wake the Bear. Cincinnatians were first introduced to Cunningham’s beguiling vocals and irresistibly melodic songwriting in the ’90s when he fronted the band Promenade. He debuted his WTB guise in 2005 with debut album Woe Is Meat, the first of three flawless LPs. Though he has played live in local venues over the past decade, Burning is Cunningham’s first album release since 2008’s Player Piano. And, as one might expect from such a gifted craftsman who's been honing his talents for 15 years, it’s his best work yet.

Lo-fi but lush, Burning Through the Wonder Years often has a whisper-in-your-ear sense of intimacy that draws the listener close, its warm embrace not letting up until the final track. The heart-stirring sound creates a kind of ironic and playful counterpoint to the project’s name — while one would normally associate waking a bear with a violent attack, Burning Through the Wonder Years is much more like a gentle and reassuring bear hug.

The atmospheric swirl of strings, spare drums and percussion, keys and acoustic guitar beautifully match the ethereal aura of Cunningham’s tenderly soulful voice, as do the introspective lyrics, which are a reflective survey of the feelings experienced on the path to emotional maturity — from wistful nostalgia to mindful optimism to an in-the-moment sense of contentment.

Burning Through the Wonder Years is available on iTunes, CD Baby, Amazon and Spotify. For more Wake the Bear info, visit wakethebear.com.