The goal of the protest — should it occur — is to make sure every vote is counted, including mail-in and provisional ballots. 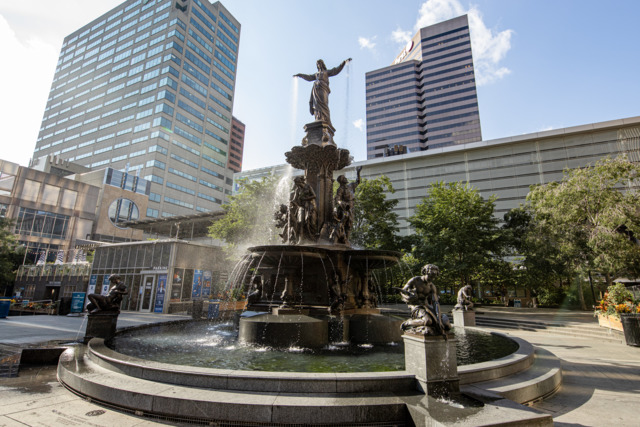 A press release from The Thinking American Resistance, Bold New Democracy, Our Revolution, The American Party and "concerned citizens" says they are prepping to hold a peaceful protest and rally on Fountain Square if Donald Trump tries to declare a premature presidential victory and refuses "to accept the legitimate results of our 2020 election."

"We are ready. If Trump tries to steal the election or prevent every vote from being counted, we will join the Protect the Results Nationwide mobilizations to demand that all the votes are counted and for the peaceful transition of power," reads the release from local organizer Mark Santangelo.

Protect the Results is a coalition of volunteers who are organizing tentative events across the country should Trump attempt to undermine or subvert the election results tonight.

According to the local info, if this happens, a protest — described as both peaceful and strictly non-violent — will take place on Fountain Square (520 Vine St., Downtown) at 4:30 p.m. Wednesday, Nov. 4.

The goal of the protest is to make sure every vote is counted, including mail-in and provisional ballots.

"Our Citizens will stand together to protest should the need arise. And, we will do so, as is our right, in peace and with love for the United States of America," reads the release.