Pro skateboarder Rick McCrank hosts the new show from VICELAND, which explores once busy and vital spaces that have been deserted. 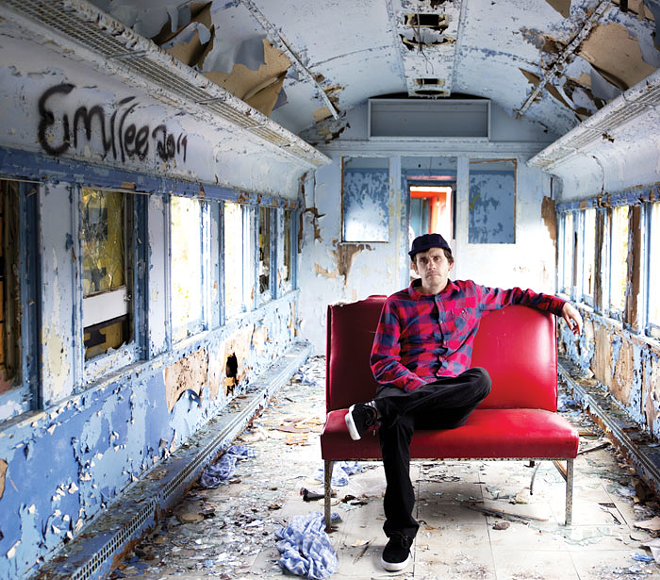 Humans are fascinated by once busy and vital spaces that have become deserted. Hell, even Chernobyl is now a tourist attraction. There’s something creepy but alluring about the idea of exploring something once ordinary and populated — malls, parks, entire towns — that were previously tourist attractions but have gone by the wayside, in some cases only to become a destination once again in its afterlife.

Most people encounter these sites in one of two ways: virtually, through an endless supply of photos in poorly researched listicles and clickbait galleries, or by visiting a sanitized version via guided tours. But if you can legally visit, explore, snap selfies, buy a souvenir T-shirt and perhaps even rent out the space as a wedding venue, aren’t you kind of missing the point? By then it’s already lost its original, gritty appeal.

Abandoned (Series Premiere, 9 p.m. Friday, VICELAND) offers an alternative avenue to experience vacant places, via Canadian pro skateboarder Rick McCrank. Exploring off-the-grid terrain, often skirting the line of legality, is inherent to skating culture, so McCrank is a great choice of host. Not only does he have the credibility to gain access to these forgotten sites, but he also reveals the faces behind them — people who lived, worked or played there.

Abandoned is often a statement on consumerism, and that couldn’t be more clear than in this week’s premiere, which brings McCrank to Ohio to explore old, decaying shopping centers, or “dead malls.” Once shopping hubs, these malls have been tossed out like last season’s designs with the rise of e-commerce. Randall Park (the mall, not the actor) and Euclid Square, both located outside of Cleveland, and Akron’s Rolling Acres mall are each featured in the episode. While Forest Fair Village (née Cincinnati Mall, née Cincinnati Mills, née Forest Fair Mall) is still hanging on and is far from the state of disrepair of these Northeast Ohio shopping centers, one can imagine McCrank someday exploring that vast, outdated space.

Mr. Robot (10 p.m., USA) – Darlene and Elliot search for answers while Angela tries to squeeze more out of E Corp. Can the Dark Army be trusted?

Chef’s Table (Season Premiere, Netflix) – The foodie docu-series returns, this time focusing on four French chefs — Michel Troisgros from hotel/restaurant Maison Troisgros, Alain Passard of vegetarian-friendly eatery L’Arpège, Adeline Grattard from Chinese-French fusion spot Yam’Tcha and Alexandre Couillon of La Marine, a bistro by the Canal Saint-Martin — to explore the hard work, passionate dedication and artful creativity behind some of the best food in the world.