Deer Tick with The Hold Steady 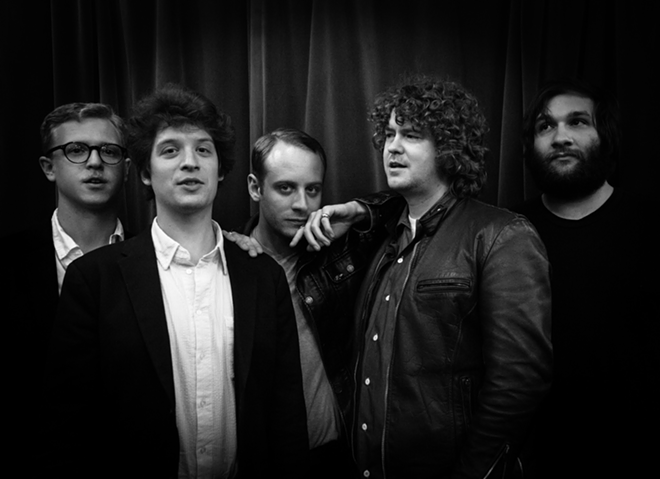 Deer Tick frontman John McCauley is a notorious rabble-rouser, the kind of guy who uses The Replacements’ Bob Stinson-era hijinks as a guide to making drunken, ramshackle Rock & Roll. (Deer Tick has also covered Nirvana songs a lot, even billing themselves as Deervana and playing all-Nirvana sets, which led to McCauley recently playing with that band’s surviving members at a post-Rock and Roll Hall of Fame induction club gig.)

And that was before McCauley’s eventful 2012, a year in which his engagement to Those Darlins singer Nikki Darlin collapsed amid bad behavior and his dad was sent to jail for tax evasion. It’s no surprise Deer Tick’s latest record is titled Negativity, a diverse, relatively cohesive effort produced by Los Lobos’ Steve Berlin.

“I’d say it’s directly the most personal,” McCauley told Esquire when the album dropped last fall. “I guess a lot of my previous work is more ‘based on a true story’ than actually the true story. I felt really comfortable sharing the experiences that I’ve been through, and it just made sense to me to kind of reveal the stories behind this record.”

McCauley addresses his dad’s incarceration directly in the bluesy “Mr. Sticks,” as the singer’s ever-craggy voice opens the song with this thought: “A keeper’s cell, yeah, keep it narrow/Come and see the ugly things life can bring.”

It’s but one of several down-tempo tunes that reveal McCauley to be in a more reflective mood than his reputation might suggest.