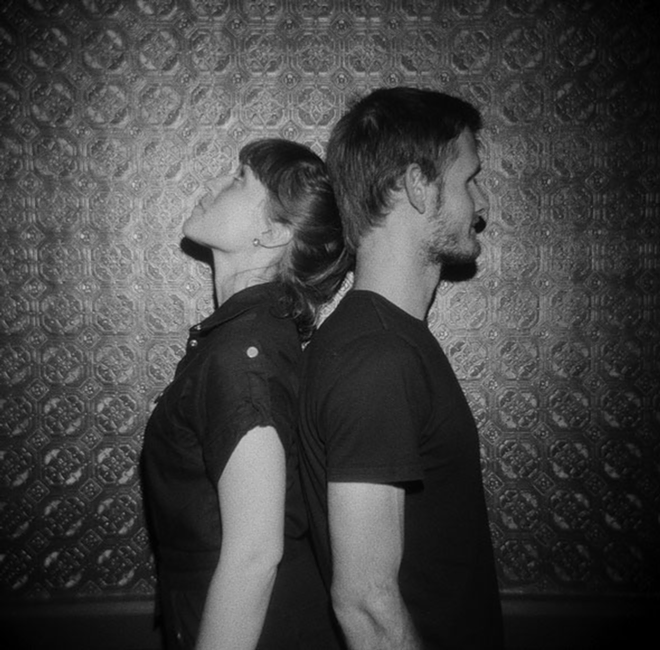 Eric Kuhn and Erica Fink have been making beautiful music together for a relatively short time, releasing their recording debut as Eric + Erica (an introductory EP) just this past spring, mere months after forming. But the Oakland, Calif., duo’s easy rapport and creative chemistry is immediately evident in their warm, gauzy, minimalistic Indie Pop and in how quickly Eric + Erica seem to be moving forward, hopping in a van to tour the Midwest not long after the EP release.

Neither musicians are California natives. Fink’s hometown is Ann Arbor, Mich., where she developed her visual and performing arts skills within a supportive creative community. Kuhn got his start making music in another tightknit arts/music scene, this one in the Chapel Hill/Durham/Raleigh area of North Carolina, home to one of the most fruitful Indie Rock hubs of the ’90s (and beyond). Kuhn moved to Oakland and continued to pursue his musical career, working on music for films, producing and performing as a solo artist, piano accompanist and collaborator.

The twosome has been dedicated to a hands-on, DIY approach from the start, recording and releasing their own work, booking and promoting their own shows (including some creative ones, like the Easter brunch they used as the “release party” for their debut EP) and making frequent videos of everything from performance and practice footage to “commercials” for their appearances. That personal touch is just a piece of Eric + Erica’s charm — the duo’s music is mesmerizing.

“Dream Pop” is the perfect descriptor for Eric + Erica’s sound, which is on brilliant display on the just-released full-length, This is Where. The ambient, twinkling aura created by the musicians’ tools of the trade — Eric on piano and Erica strumming an autoharp — warmly embraces Fink’s goosebump-worthy vocals and intimate, bewitching melodies, with Kuhn providing perfectly placed low-register harmonies. Looped beats create the sparse, gentle rhythms, which enhance the innate sway of the duo’s grown-up lullabies, as do the subtle shifts in tone that make the music toggle between hopeful radiance and darker melancholy, often gracefully tightroping on the line between them.