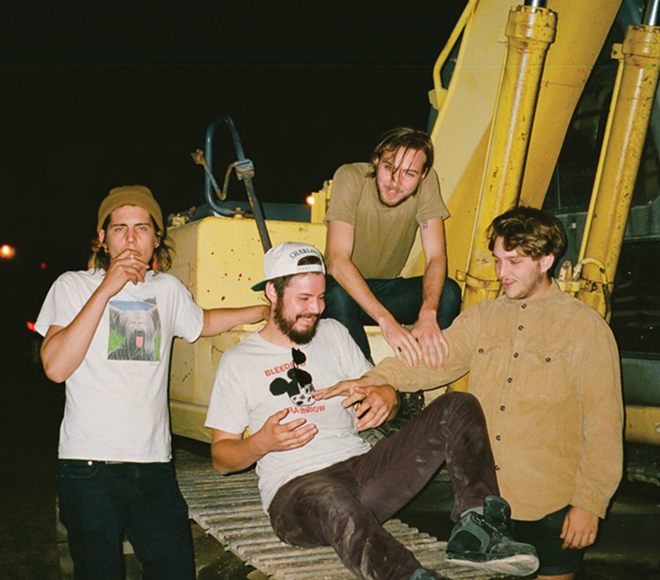 Ne-Hi is the latest group to come out of the Chicago area’s rich lineage of Modern Rock, which has historically produced some of music’s most influential acts and continues to pump out strong new bands on a regular basis.

The members of Ne-Hi — Mikey Wells and Jason Balla (who both play guitar and sing lead), bassist James Weir and drummer Alex Otake — were first brought together to create a soundtrack for a friend’s film. The soundtrack didn’t work out, but the four musicians were happy with the songs they’d come up with and decided to continue on as a band. Ne-Hi released its self-titled debut in 2014 and built a huge buzz around its hometown, moving — by demand — from basement shows to Chicago’s popular clubs. The local press was enraptured immediately, with RedEye calling them the city’s “most thrilling live band,” the Chicago Tribune dubbing them “Chicago’s favorite new band” and the Chicago Reader writing them up as one of the city’s “best up-and-comers.”

The band’s music sounds like an updated version of the classic “College Rock” of the ’80s that was dominated by jangly, wiry guitar heroes, with strong songwriting, earnest dual vocals and an occasional psychedelic streak. It’s like the bands of the Paisley Underground scene if they’d experienced and absorbed the Indie Rock that has come out in the intervening 30 years. There’s also a strong vintage Post Punk vibe pulsating through Ne-Hi’s enchanting grooves.

This year, Ne-Hi released a pair of excellent singles — “Turncoat” and “Drag” (which has a feel akin to Post Punk legends Television) — and a new full-length is said to be coming in 2016. With its hometown praise expanding due to regular touring and wider press coverage, Ne-Hi is definitely a band to keep your eye on in 2016.