Some readers are probably giddy with excitement over Friday’s holiday (“4/20, dude”), while others are more anticipating 4/21, otherwise known as Record Store Day. (More than a few are probably psyched for both and have blocked out the entire weekend for 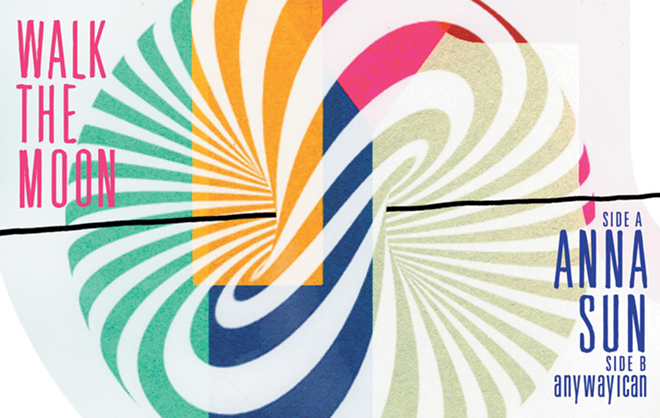 Some readers are probably giddy with excitement over Friday’s holiday (“4/20, dude”), while others are more anticipating 4/21, otherwise known as Record Store Day. (More than a few are probably psyched for both and have blocked out the entire weekend for debauchery and music buying.)

Local record stores Everybody’s Records (in Pleasant Ridge), Mole’s Record Exchange (in Corryville) and Shake It Records (in Northside) are again participating in RSD this year. That mostly means they’ll all have a lot of cool RSD exclusives (visit www.recordstoreday.com for “The List,” a rundown of the limited-edition offerings), but there will also be a festive atmosphere and a few special events running all day long.

• Shake It’s Record Store Day events have a lot of local music ties. The label arm of Shake It is issuing a special vinyl version of the debut album from the imprint’s franchise players, Wussy. The remaining copies of the colored-vinyl version of Funeral Dress (including a download card and special LP insert) go on sale via mail order or www.shakeitrecords.com on April 24. (Shake It is also again offering shoppers 10 percent off their entire purchases if they bring canned goods to donate to Churches Active In Northside’s food pantry.)

• Awesome local Indie duo Bad Veins is making its stunning sophomore album, The Mess We’ve Made, available at Shake It for RSD, ahead of its April 24 national street date. The band will be at the store at 5 p.m. before heading to Taft Theatre for the official release party Saturday night.

• At 7 p.m., potential “next big things,” Cincinnati’s Alt/Dance/Pop troupe Walk the Moon, will be at Shake It. The band’s debut album for RCA Records has reportedly been pushed back to sometime this summer, but WtM is offering fans a special Record Store Day exclusive — a 7-inch single (pictured) featuring the songs “Anna Sun” and the previously unreleased “Anyway I Can.”

• If you want a little warm-up to bridge the gap between 4/20 and 4/21 (advice: leave your bong at home), head to Northside Tavern on Friday for a special Record Store Day eve party hosted by Salina Underground, an Indie Rock radio show on WVQC (95.7 FM; www.wvqc.org). The free show is headlined by Brian Olive and his band, which recently announced a national tour kick-off at the Ballroom at the Taft for May 25. (Olive is also coming off some promo dates with the legendary Dr. John, on whose new Dan Auerbach-helmed album the local musician also appears). The 9 p.m. show will also feature Indie Rock group The Sweep and rootsy newcomers The Chance Brothers (releasing their debut album, Growing Concern, that night, as well).

• Finally, the downtown main branch of the Public Library is getting in on the Record Store Day action. A turntable will be set up for anyone to drop the needle and sample the library’s music catalog (including lots of locally produced tunes) and there will be free live music all afternoon. Experimental guitarist Pete Fosco performs at noon, Art Gore and the Jazz Knights play at 2 p.m.; and Jarrod Welling-Cann from local band The Sleeping Sea plays at 4 p.m.

• Celtic rockers Roger Drawdy & the Firestarters headline a benefit concert at Molly Malone’s in Covington this Friday at 7 p.m. Proceeds from the show are being donated to the Keegan’s Spirit Foundation, which provides assistance to families affected by congenital heart disease (visit www.keegansouthers.org for more on the org). Admission is $10. (www.rogerdrawdy.com)

• Local music promo/licensing organization The All Night Party is bringing original local music to Mount Adams. On the third Thursday of each month, ANP is presenting a monthly original music showcase at AliveOne. First up is excellent Butler County Indie rockers Sohio, who perform this Thursday at 9 p.m. ANP is recording the shows for future listening at www.ultrasessions.com, as well as inclusion on AliveOne’s all-live-music jukebox. Every few months, fans will vote for their favorite Third Thursday band, who will then be invited back to play on a weekend. Admission to all of the shows is free. (theallnightparty.com)

• This Friday, locally-based label Grasshopper Juice Records hosts a third anniversary party at downtown’s Mainstay Rock Bar. The event will be held on both floors of the venue and feature a crazily eclectic lineup ranging from Electronica and Dance music to Rock and Pop. Artists scheduled to appear at the show: South Bend Hip Hop crew The B.E.A.T., Columbus PsychPop band Blastronauts, Athens Dubstep producer DWB and local acts Revenge Pinata, Crazy Legs and Playfully Yours. Admission is just $5. For more information on the show and the label’s releases, visit grasshopperjuice.wordpress.com.