The Bittersweet End of a Swell Season of Love

Once upon a time, audiences fell in love with Glen Hansard and Markéta Irglová as their characters in the hit movie Once fell slowly into an unrequited affair rooted in their shared musical passion. They stepped off the screen together, formed a g 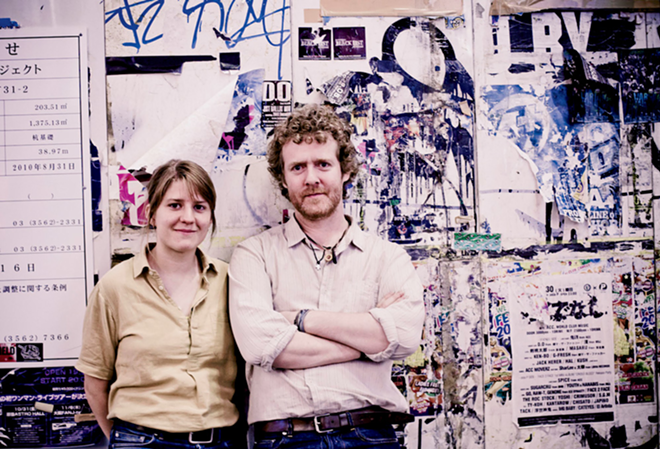 Once upon a time, audiences fell in love with Glen Hansard and Markéta Irglová as their characters in the hit movie Once fell slowly into an unrequited affair rooted in their shared musical passion. They stepped off the screen together, formed a group (The Swell Season) and took their love affair on the road. In The Swell Season, directors Nick August-Perna, Chris Dapkins and Carlo Mirabella-Davis grant us exclusive access inside the ever-after of their fairy tale.

Irglová is us, if we were thrust in such an uncompromising and glorious situation based on our talent and passion and our capacities to believably feel in the moment. I’m talking about the dream of watching a crush up on the screen and imagining that one day we might find ourselves playing opposite them and having them fall in love with us, not just as characters in a reel story, but our real lives.

“Fair play to those who dare to dream.” Softly, those words fell from Irglová’s lips at the Academy Awards when she and Hansard took the prize for Best Original Song. She had been given the chance to address the audience after the swelling music had cut her off during their initial time. Hansard had spoken first, and had done so as he always seemed to with big-hearted emotion and ease. That was his way.

Hansard had already lived and died for music during those years before Irglová was born, before he met her; he had lived and died a whole life, it seems, in the best sense, and he had no regrets. But she was still just learning to walk and was suddenly forced to find her voice, on such a big stage. At least she had a dream and love — Hansard’s.

The Swell Season captures them as they strip and skinny dip. They are so naked and free. They live, walk and, of course, sing in harmony, switching imperceptibly in and out of the lead. But Hansard is more comfortable upfront. He is now off the street, striding and standing tall in the halls, drawing the public into a sense of shared intimacy as he sings to them, each and every one from the stage. And afterward, Hansard longs to see and thank everyone. He is so grateful because he still remembers those early days when he played before much smaller crowds on the streets and in nearly empty beer-soaked rooms.

Irglová, though, is shy and more intrinsically intimate; she needs to shut the door to faces in the crowds, retreat from the stage to some more natural boundary, a place where it doesn’t make sense to have your picture taken with someone you don’t really know.

The catch-22 lurking is that people feel like they know them, Hansard and Irglová. Their relationship projects out into the world and people want them to be together. In some cases, couples want to literally “be” them, and why not? That is the promise in the fairy tale.

Yet, reality intrudes and it should be noted that I’m not talking about the Bravo-sanctioned diva drama that dominates the airwaves and the blogosphere. The plain old realities of everyday life pop up. Hansard’s father, a longtime alcoholic, finally succumbs to his drinking and Hansard begins to question the existential struggles of life, while Irglová seeks to find a haven for herself, away from Hansard’s overwhelming presence and that of the pop life that has not been a good fit for her.

Couples on the verge of splitting sometimes say that they simply found themselves in different places, wanting different things, or that they have grown apart, and after a while it just sounds like a line, a standard refrain for people who very likely were never really all that compatible in the first place. That is not the case with Hansard and Irglová, and The Swell Season proves it in every single one of its frames.

Their love was real and it still survives, albeit in a new state. And Irglová has found the seeds of her own voice, maybe, and they have dug down deep into the soil and taken root. As she sings in the studio as the credits roll, alone and accompanying herself on guitar rather than piano, there is no hint of wavering or halting in the tone. She’s not ready to settle back into soft harmony with Hansard or anyone else, unless it’s on her own terms. Now that’s an empowering tale.