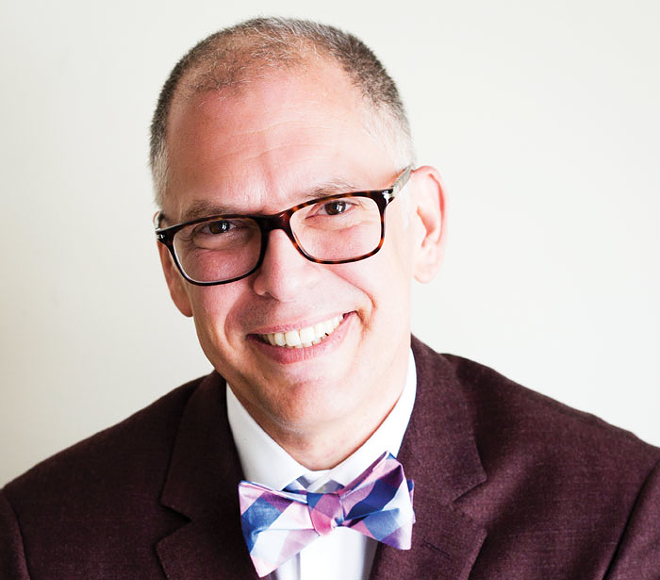 On July 11, 2013, Jim Obergefell boarded a medical plane from Cincinnati to Maryland and married the love of his life. The Supreme Court had just overturned the 17-year-old Defense of Marriage Act, meaning that the federal government could no longer make distinctions between same- and opposite-sex couples in terms of what marriages it would recognize.

Obergefell felt that the country was changing.

Seconds after the ruling, he turned to John Arthur, his partner of more than 20 years, and said, “Let’s get married.” Arthur said yes.

But the flight to Maryland — necessary because of Ohio’s ban on same-sex marriage — was a painful one. Two years prior, Arthur had been diagnosed with ALS, or Lou Gehrig’s disease, and the trip required him to be transported to the airport by ambulance and buckled into a narrow gurney for the duration of the flight. But as they exchanged their vows onboard, ordained by Arthur’s favorite aunt, Paulette Roberts, the two were overjoyed.

It’s an emotional story of love and loss depicted in Love Wins: The Lovers and Lawyers who Fought the Landmark Case for Marriage Equality, co-authored by Obergefell and Pulitzer Prize-winning journalist Debbie Cenziper. Obergefell will be part of a Mercantile Library-sponsored panel discussion of the book 5:30 p.m. Thursday at Renaissance Cincinnati Downtown.

The book opens five days after the wedding with Obergefell welcoming attorney Al Gerhardstein into his home. Arthur’s health was deteriorating quickly, and under Ohio law, Obergefell would not be listed as the surviving spouse on his death certificate.

Obergefell and Arthur agreed to take the issue to court, launching the first-ever challenge to Ohio’s ban on the recognition of same-sex marriage. Obergefell’s case succeeded, and the court ruled that he could be listed as Arthur’s spouse on the death certificate. The court order, however, was only temporary, issued in July with a full-blown hearing planned for December.

Arthur lost his battle with ALS in October.

Terrified Ohio might remove his name from Arthur’s death certificate, Obergefell ordered 20 copies of the document from his funeral director.

But the hearing in December would rule in Obergefell’s favor. It was the first step in a long and triumphant journey for the LGBTQ community at large, which culminated on June 26, 2015 with the Supreme Court’s landmark ruling in Obergefell v. Hodges, which legalized gay marriage in all 50 states. Because his suit against Ohio happened to have the lowest case number, the historic decision would forever bare his name.

Although Love Wins focuses on Arthur and Obergefell, the book depicts the many other individuals who played significant roles in SCOTUS’ history-making decision.

“It was important for me as a journalist to weave in all of the people behind the court case,” Cenziper says. “So John and Jim’s story is kind of the main story in the book — it’s a beautiful love story — but there were more than 30 plaintiffs and lawyers involved in four states.”

Cenziper began work on the book in March of 2015 — two months before the Supreme Court announced their decision in Obergefell v. Hodges. She had only eight months to write the book under publication restraints, which meant reporting and writing one chapter a week from June to December.

“It was a labor of love, but at the same time it was pretty grueling,” Cenziper says, laughing. A major feature film based on the book is currently in the works.

An engrossing book that reads more like a legal thriller than a nonfiction narrative, Love Wins is an emotional backstory to one of the greatest strides in the LGBTQ civil rights movement to date — one that propelled Obergefell into the public eye, leading him to call himself an “accidental activist.”

In the book, Arthur’s aunt Roberts perhaps summed it up best: “This is the ultimate legacy you could have given to John.”