The Adjust Your Eyes Music & Art Festival strives to shine a spotlight on a broad range of musical styles, including everything from Rock and Punk to Hip Hop and Electronic music. Events run Friday through Sunday. 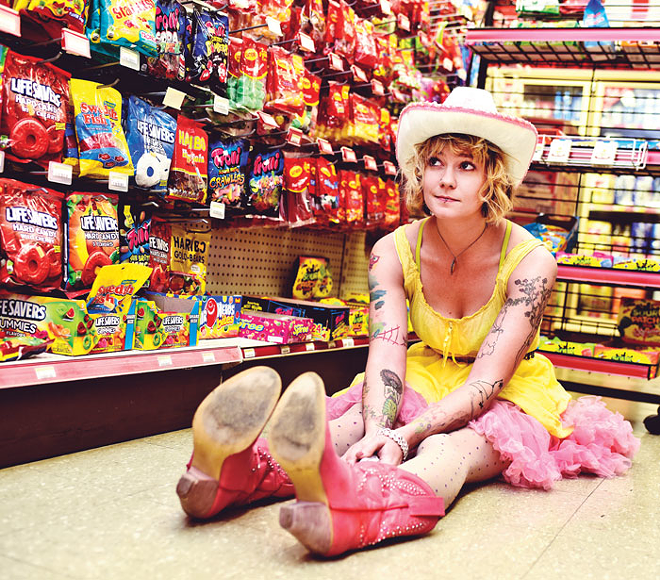 The Adjust Your Eyes Music & Art Festival has grown and shape-shifted since it was founded in 2006 as a way for local label Grasshopper Juice Records to showcase the work of area artists and raise money for various charities and organizations. The festival has picked a different beneficiary of proceeds and donations each year and has raised thousands of dollars for everything from community radio station WAIF to Susan G. Komen for The Cure. The event — which showcases visual art and comedy alongside performances from local, regional and national musicians — was held in various venues in Over-the-Rhine last year. This year, AYE takes over Northside.

The festival’s dedication to shining a spotlight on a broad range of musical styles is unwavering; once again this year, AYE presents various shades of everything from Rock and Punk to Hip Hop and Electronic music. Events run Friday through Sunday. All performances are free. Donations will be collected for the Apple Street Market, a planned community-run grocery store aimed at serving Northside residents.

Northside Tavern (4163 Hamilton Ave., Northside, northsidetav.com) has music beginning at 9:30 p.m. Friday and Saturday. Local acts playing the Tavern include Black Signal, Fluffer and Rich Wizard on Friday and Vampire Weekend at Bernie’s, The Terrors, Lemon Sky (which is releasing its album Dos on vinyl in conjunction with the show) and The Jared Presley Experience on Saturday. On Sunday, the Tavern hosts local Soul singer Grace Lincoln at 9 p.m.

The Comet (4579 Hamilton Ave., Northside, cometbar.com) has music on two stages (one on the main level and one in the basement) Friday and Saturday only, with music kicking off at 9 p.m. Friday’s lineup will have a mix of Electronic music and Hip Hop, with Cincinnati area artists like Ghost Hussy, Eugenius, Counterfeit Money Machine, SquareSyntax, Aytiko, Vusive, Meiosis and many more. Saturday, The Comet’s roster spotlights creative Hip Hop, featuring acts from as far away as Los Angeles, plus local artists like Raised x Wolves, Satyr Circle, PXVCE and numerous others.

Chameleon (4114 Hamilton Ave., Northside, chameleon-northside.com) is home to AYE’s comedy showcases, with comedians slated to perform at 7 p.m. all three nights at the club. The musical lineup at Chameleon (beginning at 9 p.m. each night) features local acts The Grove, Jamwave, France vs. France and Intro Signal (Friday); Hip Hop artists like Boldface and Audley & Ronin (Saturday); and Kumasi, Fycus, Dynamite Thunderpunch and One Day Steady (Sunday).

The Listing Loon (4124 Hamilton Ave., Northside) has music Friday and Saturday beginning at 9 p.m. and features locally based acts like Moon Mara, Wonky Tonk and Analog Underground on Friday and Healing Trapeze, umin and Marc Governanti on Saturday.

Music at new space CinciNative (1626 Chase Ave., Northside, facebook.com/cincinnative) starts at 9 p.m. Friday and Saturday, with performances by area artists Commerical and Dinge (Friday) as well as The Kno Nothings and Andrew Would (Saturday).

The only non-Northside AYE venue is The Mockbee (2260 Central Parkway, Brighton, facebook.com/themockbee), which will feature an eclectic mix of adventurous Electronic music Saturday beginning at 8:30 p.m.

Find the full schedule and more info at adjustyoureyes.com.